WTF is an NFT 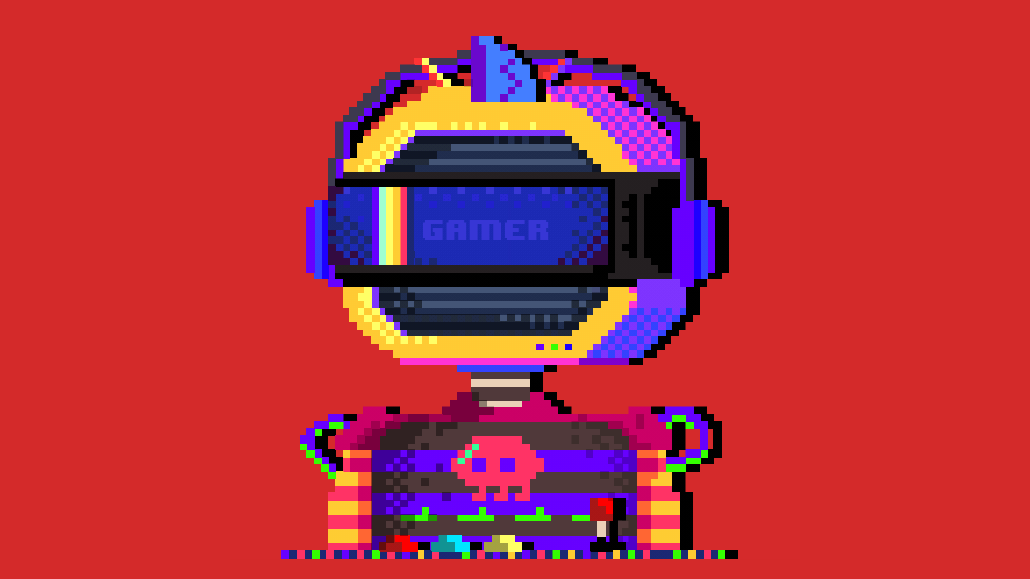 This article was originally published in March 2021.

Last week, Twitter founder Jack Dorsey announced he is selling the social platform’s first-ever tweet: a post he made on March 21, 2006 that reads, “just setting up my twttr.”

For nearly 15 years the tweet existed without any associated monetary value, but just one day after going on the virtual auction block the highest bid hit $2.5 million (or 1630.6 ETH — cryptocurrency Ethereum’s denomination). How did its value change in less than a week?

Dorsey created a tokenized version of the tweet, an NFT, that gives the buyer the digital rights of ownership.

What is an NFT?

NFTs are non-fungible tokens. They act as a non-duplicable digital certificate of ownership for any assigned digital asset. Basically, it is a smart contract that is put together using bits of open source code, which anyone can find from platforms like GitHub, and used to secure that digital item. Once the code is written, it is then minted, or permanently published, into a token (most commonly a token called an ERC 721) on a blockchain, like Ethereum.

Some popular forms of NFTs include jpegs, gifs, videos and, of course, tweets. But really any digital asset that the creator wants to make unique can become an NFT, like articles or event tickets.

Once the NFT is purchased, the owner has the digital rights to resell, distribute or license the digital asset as they please. The only caveat is that the creator can program in limitations in the NFT’s code for how it gets used, such as the asset cannot show up on a specific platform, like a TV network, according to Shidan Gouran, co-founder of Gulf Pearl, a merchant bank in the blockchain sector. NFT creators also have the opportunity to earn royalties off of future reselling transactions.

In the case of the first tweet, it will still exist for on Twitter for other users to see, but only the sole owner gets the “bragging rights” of owning the digital asset.

How is it different from a fungible token?

Fungible tokens consist of cryptocurrencies like Bitcoin (BTC) and Ethereum (ETH), and traditional currencies like USD or EUR. NFTs are unique assets that do not have a one-to-one value with other NFTs. Meaning that while $1 equals $1, one NFT does not equal another NFT.

The value that an NFT has is based on how well received the item is by the people who are willing to buy it, usually using cryptocurrencies like ETH. If an item, like the first tweet, is very desirable, its value goes up. And the fewer there are of the item, the more exclusive it becomes, also likely driving up the value.

Why would someone buy an NFT?

NFTs can be a financial investment, a sentimental purchase, a collectible item or a way for the buyer to feel more connected to the NFT’s creator, like an artist or a brand. It is similar to how people collect baseball cards, sneakers or even Beanie Babies.

Sometimes that desire is tied to brand affinity. Loyal fans of Nike might try to buy one of only a few thousand pairs Jordans when they drop. So similarly, if Nike decided to drop a collection of 25 NFTs of a Nike swoosh gif, those same diehard fans will try and buy one of those as well when they drop.

“People have a desire to have a collection of things in an online portfolio, which demonstrates themselves as an individual similar to the way that the way they would wear clothes,” said Chris Allick, svp and creative technology director at Deutsch LA. “The desire to own scarce objects is real.”

There is also a community aspect to NFTs. For example, some artists that create NFTs of their digital artwork will give buyers exclusive access to a private channel on the chat platform Discourse that only purchasers of that artist’s NFTs have access to, thus forming an exclusive club.

Who verifies that the NFT is legit?

An NFT code has a signature from its creator that authenticates the token on any server, browser or platform, making it verifiable in a decentralized way. Therefore, no one entity is responsible for hosting an NFT.

There are three dominant blockchains where NFTs are built: Ethereum, Dapper Lab’s Flow and Polkadot.

And there are three main marketplaces for buying and selling NFTs, all of which are run on Ethereum: OpenSea, Rarible and Nifty Gateway.

The marketplaces act essentially as an eBay for crypto where people can either place bids for NFTs or outright buy an NFT, depending on how the creator set up the selling process. NFTs with limited quantities are typically auctioned off and then resold where as NFTs with set prices and no cap on how many can be minted are available for direct purchase.

How are publishers using NFTs?

Crypto publisher Decrypt has gotten creative in the cryptocurrency space, including launching its own utility token attached to a rewards system for loyal users of its app. But the digital media company is also capitalizing on the emergence of new NFTs by selling sponsorship campaigns for the NFTs’ creators ahead of and timed with drops.

Decrypt worked with Treum, a company that helps supply chains improve their businesses with blockchain technology, to create a launch campaign for its two NFTs: Swether (a holiday sweater themed collectible) and Euler Beats (an art and music piece that is created using mathematical formulas). The campaigns ran as display ads that enabled Decrypt’s readers to sign-up for alerts for when the NFTs launched, giving them first access to the limited inventory.

Euler Beats, for example only has 27 minted NFTs, with a varying number of prints of each (similar to an art print) and the originals sold out within minutes of the drop, according to Alanna Roazzi-Laforet, the site’s CRO and publisher. The top selling Euler Beats NFT sold for 20.9 ETC (nearly $40,000).

While the ad campaign drove traffic to the NFT site, Decrypt does not earn any commissions from the sales or a royalty every time an NFT is resold. This was purely an ad revenue play, but she said she sees this as a vast area of opportunity as the industry embraces NFTs.

Roazzi-Laforet added that crypto publishers are not the only ones that can get involved in the world of NFTs.

“NFTs are just another example of something that’s hit hard and voraciously and [are] now deriving value from the marketplace. And each publisher needs to start figuring out their strategy quickly for how they’re going to help monetize their world, help monetize their business and add new business lines,” she said.

Bleacher Report collaborated with musical artists Quavo, Lil Baby, 2 Chainz and Jack Harlow to design four different digital basketball gifs, similarly to how the sports publisher collaborated with hip-hop artists to design its NBA Remix clothing collection. The digital basketball NFTs were available in two editions, Gold and Silver, the former only having 10 available of each and the latter being available at a flat price of .4 ETH ($736).

Called the B/R Open Run NFT collection, the NFTs dropped on the OpenSea marketplace last weekend and in less than a week, all 40 of the Gold edition basketballs sold at auction for a total of $591,775, according to a company spokesperson. The top selling NFT was a Gold edition basketball created with 2Chainz for 38 ETH ($63,232).

How are brands using NFTs?

Taco Bell debuted its NFTacoBell collection this week, which consisted of five taco-inspired gif illustrations that were sold on Rarible. Each gif had five copies for a total of 25 NFTs. Allick’s team at Deutsch LA helped create the NFT collection, which ended up selling out within 30 minutes.

The original prices were set at $1, the price of a taco, but the reselling of the NFTs have increased some of the prices to more than $3,600. With each resell, Taco Bell earns 0.1% in royalties, which will be donated to the Taco Bell Foundation.

The original first round of buyers for the NFTs were also rewarded with a year’s worth of free Taco Bell, something that was not advertised ahead of the drop, but was included for the people that “were ambitious enough and willing to play in this space with us,” Allick said.

But a tangible component like a gift card, is not a requirement for brands to enter the space, he added. There is a market for people who are super fans and want to spend their money to feel closer to a company or a product.

What are the flaws?

This is because cryptocurrencies and blockchain are run through an algorithm called Proof-of-Work (PoW), which was intentionally created to be computationally inefficient in order to be more secure, according to a post on Medium by Memo Akten called, “The Unreasonable Ecological Cost of #CryptoArt (Part 1).”

“Even if you take away carbon emissions, if we move Visa to the same system as Bitcoin, you would still heat the planet up by more than one-and-a-half degrees,” Gouran said. “Just the heat that the system would create would be unsustainable.”

A single minted NFT is even worse, as the creation, buying, selling, reselling and storing all adds up to multiple transactions that all require energy:

“The average NFT has a footprint of around 340 kWh, 211 KgCO2. This single NFT’s footprint is equivalent to a EU resident’s total electric power consumption for more than a month, with emissions equivalent to driving for 1000Km, or flying for 2 hours.”

What should I keep my eye on?

Facebook is working to launch its own blockchain — Facebook Diem —which has the potential for being the least energy consuming blockchain available, according to Gouran. Formerly known as Libra, the social media platform finally passed the regulatory hurdles to possibly launch its blockchain and cryptocurrency as early as this month, according to a report by Business Insider.

Are NFTs here to stay?

We are in an intense gold rush right now that is turning a jpeg of a scribble into a million-dollar product, said Gouran, but once those “outrageous valuations and hype around the space settle down, the idea of having tradable digital collectibles will be here to stay.”

“We haven’t begun to see the the broad spectrum application of the blockchain,” said Allick.