‘We’ve really reset our floor’: How The Atlantic gained 300,000 new subscribers in the past 12 months 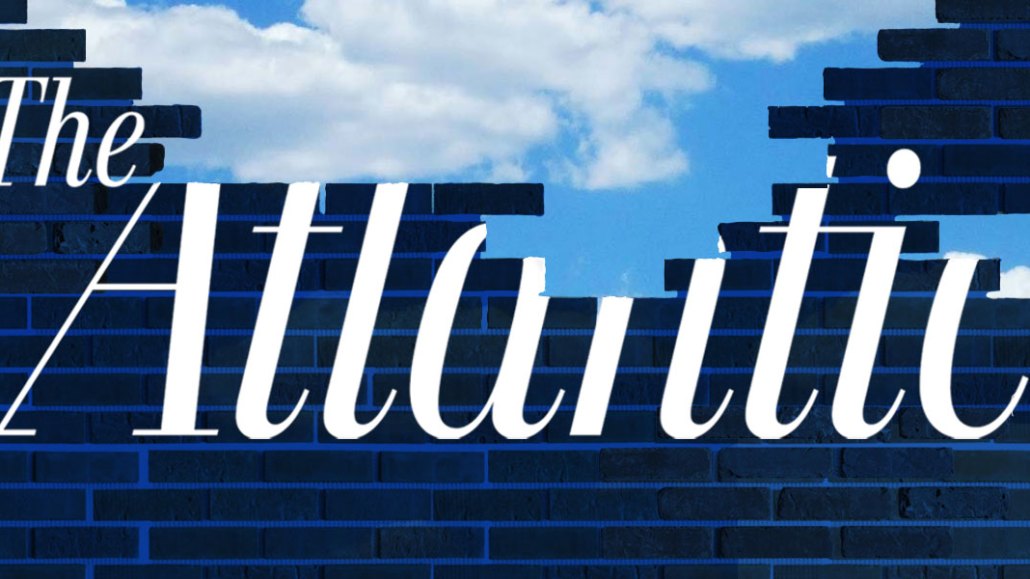 When The Atlantic finally relaunched its much-anticipated — and once delayed — paywall last September, Atlantic Media president Michael Finnegan said the magazine brand didn’t have a firm expectation of how many subscribers they might acquire in its first year.

Finnegan and his colleagues have since set, then thrown out, their first set of expectations in favor of much bigger ones. Over the past 12 months, The Atlantic has amassed over 300,000 new subscribers, 45% of whom are paying $59.99 per year for both the print edition and digital access. (A digital subscription costs $49.99 per year) That dwarfs the 110,000 new subscribers The Atlantic originally hoped to accumulate over two years, and puts them comfortably on track to reach its current goal of turning consumer revenue into a $50 million business for the Atlantic by 2022.

A coronavirus-led surge in traffic helped. But a tightened paywall, developing onboarding and engagement strategies both on and off its sites, and a careful approach to paid marketing have driven gains which Finnegan expects will continue.

“The last six months have been truly phenomenal,” Finnegan said. “I think we’ve really reset our floor for what monthly success and targets look like. It’s really exciting.”

Like so many news-focused publications, The Atlantic benefited from a surge in visitors this past spring, and the magazine’s coverage of coronavirus helped shatter its previous traffic records, Finnegan said. In March, the site had 68 million unique users, 136% more than March 2019, according to Comscore.

Traffic has come down since then, though it remains up significantly year over year: Monthly unique users were at least 50% higher year over year in every month from April to June, and 27% higher in July, also per Comscore.

While some of those subscribers were people who had been reading the Atlantic for a while, the traffic spikes have attracted a different kind of subscriber too, Finnegan said. Stories such as Ed Yong’s “How the Pandemic Defeated America” or, more recently, Jeffrey Goldberg’s story about Donald Trump’s lack of respect for U.S. veterans, drove some people to convert seemingly on the spot; in the week since Goldberg’s piece was published on Sept. 3, for example, the Atlantic acquired more than 20,000 new subscribers.

Mindful of churn, the Atlantic has placed the users who subscribed more suddenly into a separate cohort to watch how they respond to the Atlantic’s onboarding process, which is designed to get new subscribers signed up for newsletters and following the magazine and its authors on social media, to ensure that they develop a habit of reading The Atlantic if they didn’t have one already; Finnegan said that three visits per month is enough engagement to keep a subscriber from lapsing.

If a subscriber drops below that threshold, it will use push articles in front of that reader using paid social ads in an attempt to reengage them.

But before the coronavirus surge happened, The Atlantic was already benefiting from changes it had made. Back in November, The Atlantic overhauled a number of things in its checkout flow, including everything from changing the color of buttons on its subscribe page to reducing the number of payment options it showed readers there. Those changes helped roughly double the number of subscribers it was gaining every day, from a few hundred to around a thousand, Finnegan said.

The Atlantic also made it possible for readers to subscribe via Facebook Instant Articles and Google AMP pages. While most of the Atlantic’s new subscribers have converted from the Atlantic’s site, a dependable chunk — normally around 6% per month, Finnegan said — come in via those two formats.

To date, AMP delivers a smaller share of subscribers than Instant Articles do, largely because AMP is a mobile search-optimized page format.

While the new subscribers from Facebook are welcome, Finnegan said the platform may be more valuable in the long run as a way to improve retention; a “surprising” number of subscribers have authenticated their subscriptions on Facebook and are now reading more Atlantic content there, he said.

The subscriber growth has also been spurred by a shorter paywall. Two months ago, the site dropped the number of articles allowed per month from five to three.

“We’re feeling like we’re able to do it in a way that we’re getting good incremental conversions at a reasonable acquisition price,” he said.

While not every publication has the same editorial resources as The Atlantic, observers say the moves they’ve made could be replicable.

“Their editorial is truly top notch and I think that is driving a lot of their success,” said Melissa Chowning, the CEO of the audience development consultancy Twenty First Digital, who pointed to The Atlantic’s strategy of emphasizing how subscriptions support its journalism. “That said, The Atlantic seems to have employed a model that other publishers should be able to leverage.”

The Atlantic’s subscriber base is growing at a moment when its advertising and events businesses, like most every media company’s, are under strain. The Atlantic laid off 68 people, about 20% of staff, in May, including most of its video team and its events staff, citing a “bracing decline” in advertising.

When things were at their worst, Finnegan said he worried that The Atlantic might miss its revenue target by 50%. But a rally in the direct-sold advertising business, combined with the huge traffic, have turned things around somewhat. “We’ve got a very outside chance at maybe not shrinking this year,” Finnegan said.