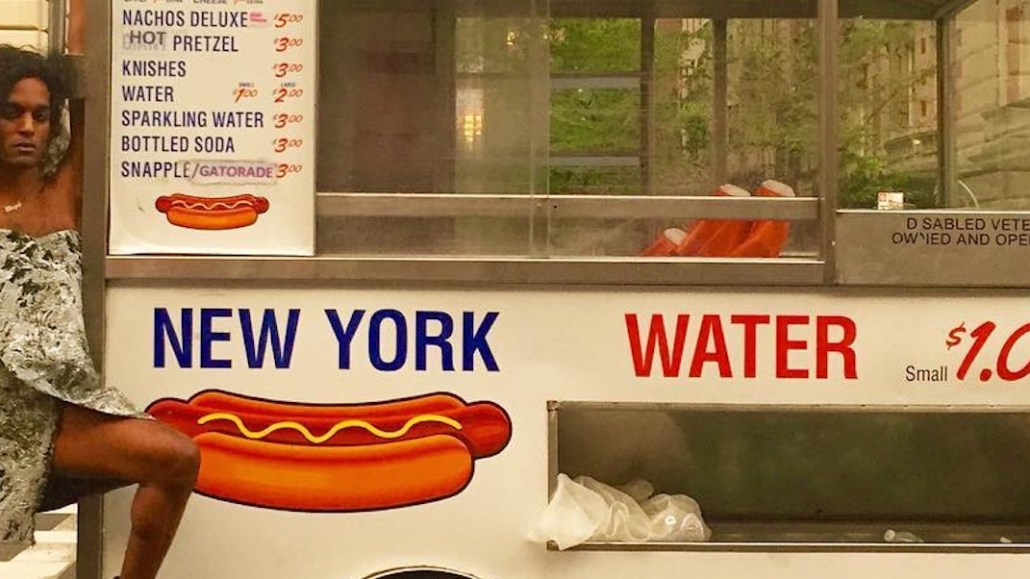 Unlike publishers that use Instagram to repurpose magazine content, Vogue is using the platform to highlight emerging creative talent.

The new @vogue account launched March 20 with eight featured creators covering a mix of fashion, beauty, photography, illustration and art. (This is separate from the U.S. Vogue account, @voguemagazine.) Each creator’s story is told over a week in six daily posts, which are a mix of images and video. For instance, the story of Richie Shazam, a model and artist who lives in New York and Berlin, highlights the importance of inclusion, diversity and self-confidence. Maria Saporito, a 21-year-old fashion illustrator from Milan, shows how she sees fashion in everything, including sushi. Nienke Hoogvliet, a designer and textile researcher based in the Netherlands, visually details her research into using seaweed in her work. The account is still in its infancy, with around 450 followers, while accounts like U.S. Vogue and Vogue Paris have 18 million followers and 4 million followers, respectively.

“The account is to see how far we can go with community-focused storytelling,” said Hannah Ray, head of social strategy and storytelling for Vogue International, explaining the account deviates from the content strategy on other Vogue Instagram accounts. “The crux of it is community. What we’re doing is taking a step back and putting the community first, giving them the platform to tell their story in their voice. It’s against the grain of how publishers distribute content on platforms and the perception of social media in general, which is more around broadcast. We’re building that native approach here.”

Although the account is an experiment, Ray is cautious not to impose many limitations, like dictating the time that new content is released or what formats are used. “We want to experiment with a more lean-back, episodic way of storytelling,” she said.

The account has been in the works for the last 18 months and is part of Condé Nast International’s wider efforts to overhaul all the global Vogue Instagram accounts. Over the last year, Vogue’s global accounts have shared Instagram Stories content for three series, “Vogue Plus One,” “Vogue First Look” and “Vogue Backstage.” International accounts add their own local clips or flavor.

“Even ‘Vogue Backstage’ is an older method of storytelling where Vogue editors are telling the story. Instagram has always been about community. That’s where the platform’s roots are,” said Ray, who spent three years working at Instagram. “It can be difficult for brands to understand how to partake in that.”

The @vogue account is the first outward-facing collaboration between all the Vogue teams globally since Condé Nast International decided to centralize editorial efforts in 2016, with the London office acting as the global hub for the additional 21 overseas titles. Vogue in the U.S. will also feed into the new Instagram account to a lesser extent.

“There’s an insane amount of knowledge from the Vogue editors around the world. The account will be rich because of the expertise of the editors inputting into it,” Ray said. Vogue’s international editors interview the creators and together decide on the content that’s posted to the Vogue account, but the stories are told through the creators’ words in what Vogue is calling a weeklong “residency.”

Publishers like Bustle and GQ are using Instagram Stories for episodic content that they can sell to brands, akin to the TV network model. For now, there are no plans to monetize Vogue’s account. Instead, it’s an editorial project designed for Instagram, while Vogue’s other accounts have too many followers to experiment in this way.

“Vogue has always been a place for highlighting emerging talent. This drills down specifically into only that,” said Ray. “Over the years, accounts that give a platform for people to share stories have been really popular — the more authentic, the better.”