‘The sustainable model’: Rationalizing The New York Times’ plan to go all in on ads with subs-heavy The Athletic 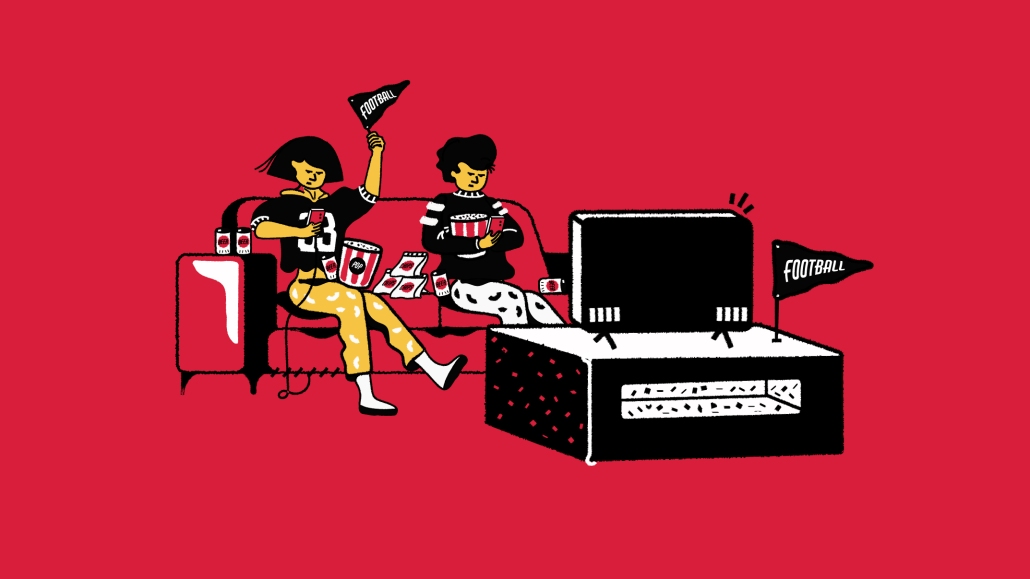 The New York Times-owned The Athletic is in the ads business. No news there. The question is “why?”

It’s not because the publisher suddenly realized that its subscriptions-focused sports title didn’t scale nine months after it acquired it. Rather, it’s another subscription business leaning on ads to get it through a sticky patch. Ultimately, the best way to make money in media is — and always will be — lots of ways.

Before we dig into the publisher’s plan, here’s a rundown of the basics:

Earlier this week, The Athletic announced that it had introduced display ads to its site and app. For some keen-eyed observers, this was inevitable. After all, the publisher has been in the ads game for a while albeit limited to audio ads in its podcast shows and the odd display ad in a few newsletters. Why stop there? Especially, when the plan is for The Athletic to be profitable by 2025.

“The sustainable model to continue to create the world’s best journalism is a mix of subscriptions and non-subscriptions, which includes advertising, licensing, IP development, merchandise and ticketing, said Sebastian Tomich, chief commercial officer of The Athletic. “Show me a successful media business that has a single revenue stream.”

The reality is only a fraction of a publisher’s audience will pay. It’s always been that way, of course, but only seems to have become clear to many publishers over the last two years or so.

Even The Athletic’s owner The Times — the poster child for subscription-thirsty publishers — is clear on that point. So much so that part of its rationale for buying the sports publisher was because it saw opportunities to pull in more ad dollars. As Tomich explained: “Ads were part of the acquisition thesis. One of the areas that The New York Times could add value to The Athletic and make it a sustainable long-term business was to bring its ad strategy over.”

In many ways, ads are a harsh fact of life for publishers. If they want to have any sort of longevity beyond a certain level then chances are they need to sell more ads — even if doing so sucks them further into the proverbial race to the bottom that is online advertising. Smart publishers accept this but try to do so on their terms. For The New York Times, that means ads on The Athletic are sold through direct deals. It doesn’t, however, mean selling ads through the open web where they essentially trade control over how those impressions are sold for getting them in front of more advertisers (albeit of mixed quality). It would be ideal to not have to make that concession, obviously, but Tomich is a pragmatist at heart.

“I don’t want to create some false illusion that just because you work directly with advertisers that every reader suddenly loves advertising,” he continued. “Also, you never say never, particularly when it comes to open market programmatic. We’re a business and sometimes we have to make business decisions that have trade-offs. That could happen someday. It’s not on the cards now, but if we do make that move to open market programmatic it will be because we need to.”

The Athletic’s decision to focus on partnerships over programmatic is straight out of the Times’ publisher playbook. It stopped selling ads in its app via the open market in 2019. Doing so meant people were less likely to see lower-quality ads, and in turn have one less reason to cancel their subscription. So far the plan has worked for the app, said Tomich. Sure, it cost the publisher single-digit millions in ad revenue, per Adexchanger, but the app’s user experience vastly improved. Loading times of the ads there are a lot faster, for starters. The hope is that history repeats itself at The Athletic. Otherwise, it could create more subscriber churn. As Tomich explained: “There’s an unmeasured connection that readers make between seeing random, low-quality ads and also paying for a product that doesn’t go well.”

It makes sense then that the publisher would opt to steer clear of any form of advertising it can’t control. Caution over recklessness. That’s apparent in the rollout of ads to date. Ads are already on The Athletic’s homepage and in articles in the U.S. and launched with Chanel as the first advertiser. Another one should launch later this week. Ads are also coming to the publication in the U.K. where its commercial team is courting its first partner, said Tomich.

Building an ads business amid an advertising slowdown

Tomich is frank in his assessment of the challenge ahead of his team: “It’s a lot harder and it takes humans on the ground having smart conversations with other humans in lieu of doing some development work and turning on the programmatic faucet.”

In other words, the publisher needs a strong sales force to stick the landing. Hires are imminent. Should this recruitment drive go to plan then The Athletic’s global sales team should sit somewhere between 10 and 15 by the start of next year — perhaps right in the middle of a downturn on the brink of a recession.

“We’re making a bet that by bringing in lots of smart people and investing in the consumer product that we’re going to be able to command enough attention and demand in the market for advertisers to go out of their way and work directly with us,” Tomich said.

The World Cup soccer tournament in the final quarter of this year will be a good litmus test for those ambitions. Indeed, the event is expected to help push ad spending this year up by 9.2% this year to $816 billion, according to Interpublic Group of Cos.’ Magna forecast.

“The era of scale, volume, and traffic as the core business model for journalism has passed,” said Douglas McCabe, CEO of Enders Analysis. “About 2 million new digital subscriptions for journalism were created during the pandemic in the U.K. alone. As publishers focus down on distinctive content that people will pay for, they are also designing new bundles and clearer use-cases and benefits for people. Online rewards different provisions from general print media.”

Despite the challenges, there may be a few underlying trends that work in The Athletic’s favor. First, there’s the fact that sports seem recession-proof if the ballooning price of media rights is anything to go by. That’s a sure sign that people will continue to part with notable wads of cash to watch their favorite sport. That sort of attention is like catnip to marketers — recession or not. And this time round they seem more open to at least hearing why they should pay more for the reach. See the slow decline of third-party addressability. The more this happens, the more divided the market will get: on one side there will be a larger portion of high-quality ad inventory powered by first-party data and consent; on the other side, there’s a long tail of poorly targeted impressions far more susceptible to fraud and manipulation. Guess which side the Times and The Athletic see themselves on?

“The economics of programmatic do not support our strategy and it does not reward hiring the world’s beta journalist or investing in a premium app,” said Tomich. “Programmatic just rewards pageviews and tonnage.”

“There are utilities we can connect to that could add value to a sports fan, whether that’s ticketing, betting, merchandise, fantasy leagues as well as all the different places we can extend the reach of our talent and subsequently our IP in order to monetize that through things like documentary shows on platforms, licensing opportunities with things like coffee table books or even international plays in markets where subscriptions isn’t a big opportunity,” said Tomich.