‘The beginning of a trend’: Performance metrics begin creeping into different parts of publishers’ ad deals 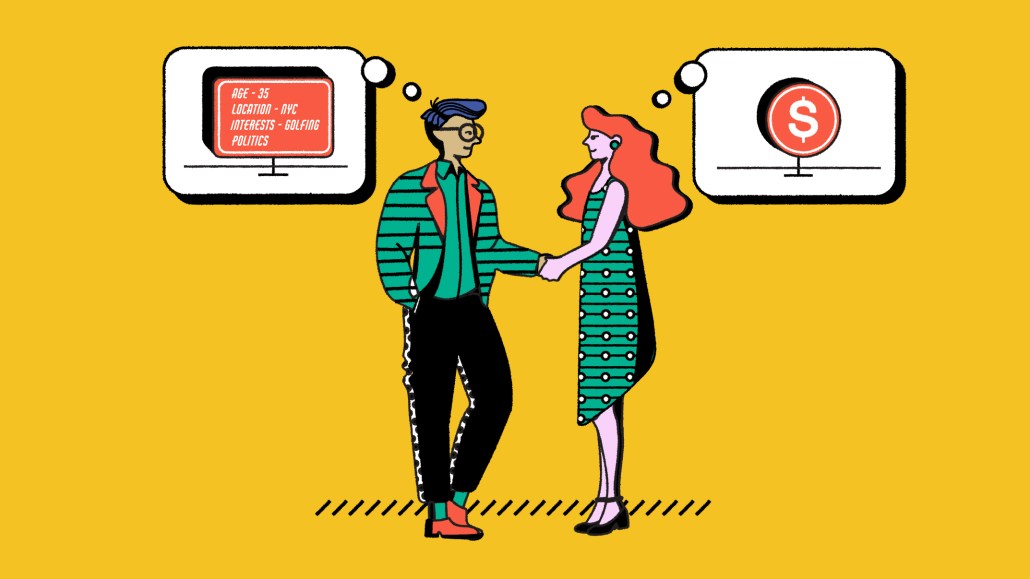 The media buying world’s obsession with performance marketing keeps growing, and it is starting to creep into publisher deals that were once focused on the upper half of the funnel.

It’s hard to find stats to quantify how pervasive this has become — Mediaradar, for example, does not track which KPIs advertisers use in their RFPs — but it’s closer to the beginning than the end stages, according to the five senior revenue-side publishing executives contacted for this story.

“It’s like the unveiling or the beginning of a trend,” said Jody Rones, senior vp of brand partnerships at Leaf Group, which operates brands including Livestrong, Well + Good and Hunker. “It’s started to peek its head up, but it’s not mainstream yet.”

Most publishers will take direct business however they can get it. But using a performance mindset to evaluate everything also represents a potentially unwelcome shift for them. Instead of being paid merely to raise awareness, or to create then distribute content, delivering sales or leads now represents a higher bar to clear.

But for those that can deliver, it might also provide some stability to a revenue stream that, like most creative services, can be a bit lumpy and unpredictable. Josh Stinchcomb, the chief revenue officer of the Wall Street Journal, said the shift toward a performance mindset should improve renewal rates among advertisers, and consequently, more recurring advertising revenue.

“We believe this mentality is going to lead to happier clients,” Stinchcomb said.

Like many things that have defined media over the past two years, the performance metrics creep is the acceleration of a trend that had been advancing slowly for years. Publishers ranging from Meredith to The Wall Street Journal have offered versions of performance guarantees on large print ad deals for nearly two decades; more recently, publishers such as The Telegraph were backing pitches for their new branded content operations with sales guarantees.

But the rise, spread and continued influence of the pandemic accelerated the advertising world’s focus on performance. And the recent privacy changes made by Google and, more recently, Apple, have pushed things into another gear by scrambling how advertisers measure the efficacy of their ad spending.

“A lot of this is happening at the same time that the measurement system that really held up on DR programs has more or less begun to shatter,” said Zach Ricchiuti, director of client solutions at Kepler Group. While that instability hasn’t compelled many brands to take their money out of the walled gardens, Ricchiuti added, “what we’re seeing from client leadership is [we’re being asked] to figure out more integrated activations.”

Above and beyond the metrics that are shaping these deals, advertisers’ focus on performance is having an ever-increasing influence on how they allocate their budgets. While display or video ad campaigns might not be evaluated using bottom-funnel KPIs such as direct sales, advertisers are starting to reserve portions of their ad budgets so they can be directed, on the fly, toward programs that are performant: An advertiser that notices strong results in the middle of a large campaign, for example, might throw several thousand dollars more into it.

This mindset is also starting to affect what publishers build. Penske Media’s SHE Media, for example, recently rolled out a purchase-intent graph as part of its first-party data studio, knowing that being able to target different kinds of content at people who were part or most of the way through the process of buying a certain kind of product might drive better outcomes for advertisers.

“[The emphasis on performance], it’s always been there,” said Mark Howard, the chief advertising and partnerships officer of PMC. “I just think it’s really accelerated a lot in the last year, even more so this year.

“If you can bring commerce, your data people, your rev ops people who understand how to optimize,” he added, “you can build really compelling, holistic offerings.”