After an early rush to Amazon Alexa, publishers are less enthusiastic 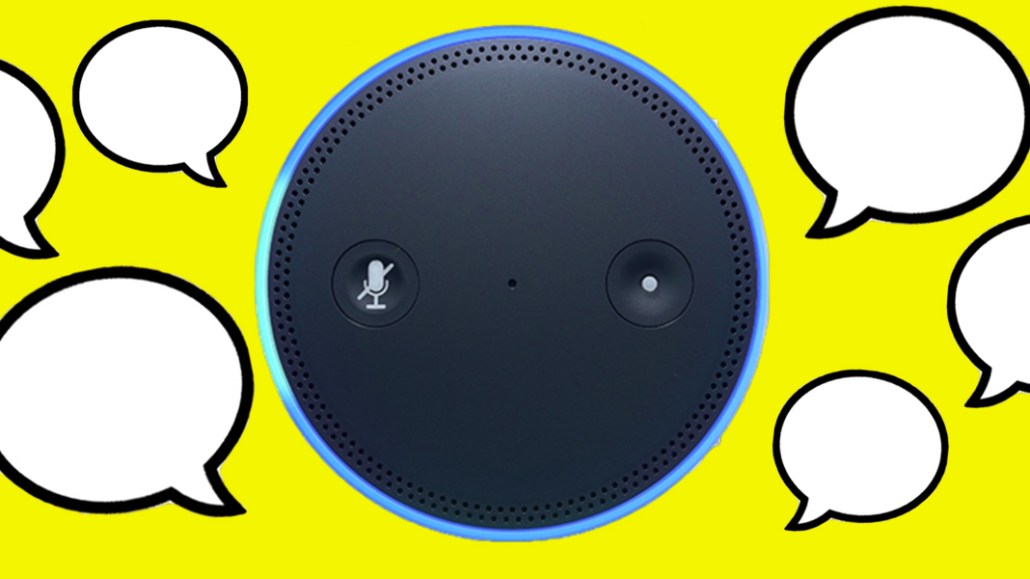 When the Amazon Flash Briefing was a novel new media channel, publishers saw tremendous power in it as a way to easily break into on-demand audio and publish micro-podcasts. For publishers, these Alexa Skills were fairly easy to develop and disseminate. With only a handful of Flash Briefings to choose from at the time, publishers who wanted to be ahead of the curve quickly launched their own Flash Briefings.

Now, however, there are more than 10,000 Flash Briefings to choose from. And while publishers continue to make them, it seems, some still wonder who’s listening, who can find them and if it’s still worth it for them to be doing these briefings.

“There was the novelty effect of Flash Briefings that was there at the beginning, and now it’s table stakes,” said Ahmed Bouzid, CEO of Witlingo, a company that helps businesses publish and manage their voice content across multiple platforms. “The value of Flash Briefings for big publishers isn’t as big as it is for someone trying to break in and increase their audience.”

Some big publishers say they are still seeing growth in audience numbers from Amazon Flash Briefings, however.

“We’ve seen great pick up for the USA Today Flash Briefing from our audience,” said Shannon Rae Green, podcasts/voice editor for USA Today. “The numbers continue to jump; recently, we saw an 11% month-over-month growth rate. Overall, these numbers are modest compared to other more established platforms, but our traffic confirms that it’s a major growth area for us.”

Not surprisingly, Amazon-owned The Washington Post is also seeing a rise in listeners. Jessica Stahl, The Post’s director of audio, said, “We’ve seen listenership steadily increase over time and found a loyal audience of users who listen to our flagship podcast, Post Reports, on Amazon Echo.” The Post currently has five Alexa skills, four of which are Flash Briefings, and it just added one focused on the Trump impeachment inquiry.

Interestingly, the reviews for USA Today’s Flash Briefing skew negative, not for the content, but for the fact that most subscribers say the briefing isn’t updated regularly enough. USA Today did not respond to Digiday’s inquiries about the cause of those problems, to confirm if it’s related to a technical glitch or because the briefings are not being updated regularly.

However, Green said USA Today continues to publish briefings because that’s what the publisher’s audience wants. “We want to meet people where they are and, at times, teach our users how to find us on emerging platforms like Alexa.” She added, “This keeps us connected with our existing audiences and allows us to introduce ourselves to new audiences. This is also important as we continue to diversify our revenue. Equally importantly, we’re learning about a new platform and developing new competencies across our newsroom, product and business teams.”

Discovery in Amazon Flash Briefings remains a big challenge for smaller publishers, however. Content creator Daniel Hill of Daniel Hill Media made sure he received Facebook’s approval to use Instagram in the title of his Flash Briefing, The Instagram Stories, which discusses social media. Since launching it 11 months ago, he’s amassed 22,000 subscribers and on average, 800 to 1,000 people listen daily.

“If I called it the ‘Daniel Hill Morning Minute,’ no one would ever find me,” he said. “That’s why I included Instagram in the title. I positioned myself initially that way to take advantage of that traction.”

As for monetizing Flash Briefings, that’s something many are still exploring. Hill said he’s been approached by a number of direct-to-consumer brands, like Quip, about advertising on his Flash Briefing, but he hasn’t accepted any offers because none have aligned with the content of his briefing just yet.