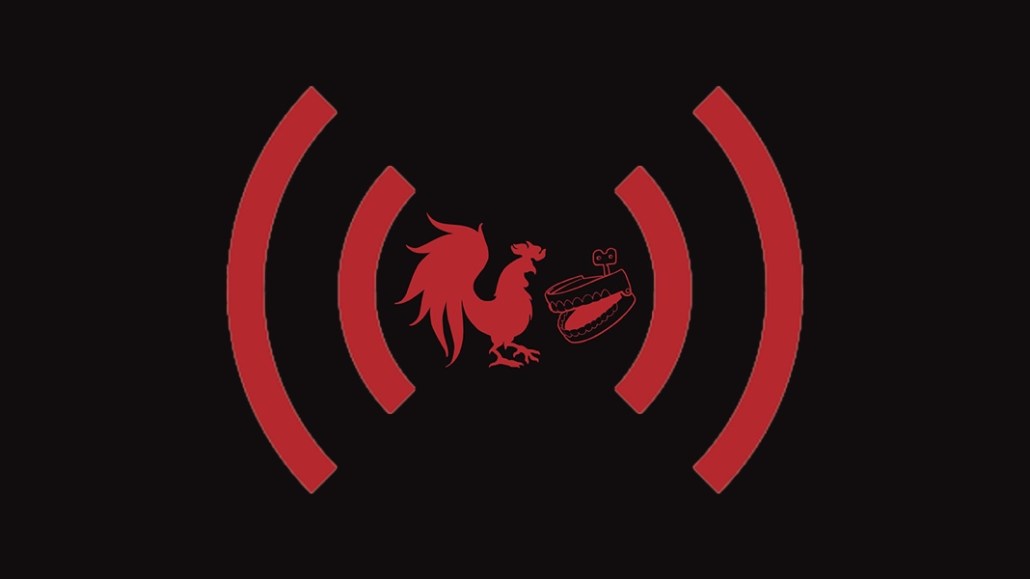 Fullscreen studio Rooster Teeth is getting into podcasting.

The studio announced the formation of a new business unit, called The Roost, ostensibly a podcasting network that offers creators numerous different ways to make money, including ads on their podcasts; designing, selling and shipping merchandise; booking and producing live events; and even licensing opportunities.

“This is not an attempt to say we have 6,500 podcasts,” said Alan Abdine, Rooster Teeth’s vp of ad sales. “We’re not trying to compete with Midroll or PodcastOne. What we’re looking to do is boutique in nature.”

Rooster Teeth might not have the scale or name recognition of better-established competitors like Midroll, Panoply or PodcastOne. But it’s betting that its proven track record of building new revenue streams for its own businesses will compel podcast creators to sign on the dotted line. The company is hoping to gather between 30 and 50 creators for its network, and it’s already peeled a couple rising stars away from its bigger competitors, including H3H3, a comedy production company owned by Ethan Klein, and JASH, a startup comedy studio co-founded by Sarah Silverman.

“What we have is the capability to expand the business in so many different directions in a turnkey way,” Abdine said.

As a digital video studio that came of age before YouTube existed, Rooster Teeth has figured out plenty of ways to make money from its content and fan base. In addition to the shows it sells to platforms like Netflix, it has a streaming video on demand service with over 200,000 subscribers; an events business that draws over 150,000 people every year; as well as an e-commerce business with 10 full-time employees designing, selling and fulfilling orders of everything from T-shirts to onesies.

“Unwittingly, we created the perfect vehicle to launch other businesses,” Abdine said.

Those units all service Rooster Teeth’s existing shows. But last year, Abdine decided it could offer them to podcasters and video creators, who have tapped into alternative revenue streams for years. Rather than lock creators into multiyear exclusive arrangements, Abdine said the program allows both exclusive and non-exclusive arrangements, where the only cost to creators comes from a cut of revenue The Roost makes for them. Abdine said The Roost will only make money when its clients do. “We only eat what we kill,” he said.

A team of seven account managers will look after both Rooster Teeth and The Roost’s client base, with plans to grow that workforce as needed.

“This sits within what we’re trying to do already,” Abdine said. “We give them the opportunity to take advantage of these competencies we already have.”