One year into the paywall, Wired is testing letting advertisers unlock access for readers 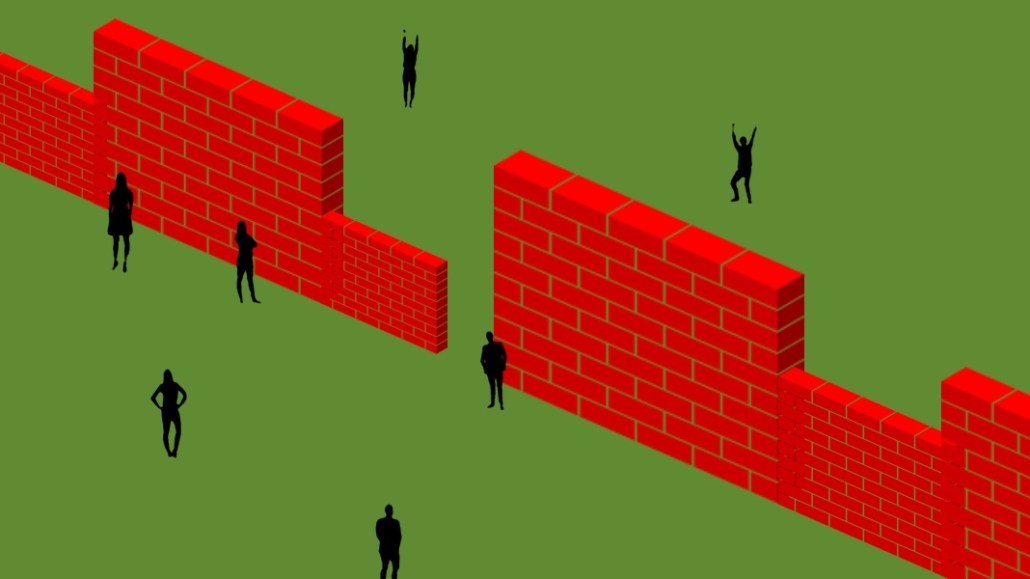 After a year’s worth of experiments, partnerships and A/B tests helped add 100,000 digital subscribers, Wired says its paywall is a success. Starting next month, the Condé Nast-owned tech publisher is getting advertisers involved in its hunt for digital subscribers.

On June 1, Wired site visitors will see a message informing them that the site’s paywall has been raised from four articles to five, with that extra article’s worth of access sponsored by WeTransfer. Wired is hoping that the campaign, which runs for 30 days, will kill two birds with one stone, bolstering ad revenue on one side and driving subscriber growth on the other; WeTransfer is hoping the access helps distinguish the file transfer service’s first-ever digital branding campaign.

Though Wired and its sister brands at Condé Nast have been experimenting with different kinds of offers over the past several months, Wired has not done any testing of this kind with advertisers before. But it expects the tests will contribute to strong continued subscriber growth: Wired expects to add another 104,000 digital subscribers in 2019, site director Scott Rosenfield said.

“We believe that, fundamentally, our business models and journalism work best together when they’re supporting one another,” said  Rosenfield.

Publishers and broadcasters have been letting brands sponsor extra audience access to their content for years. The Washington Post, for example, has experimented with allowing advertisers to sponsor access to paywalled stories since 2017, and vendors such as TrueX, which was acquired by Fox Networks in 2014 for $200 million, built a business around giving viewers access to content in exchange for watching special kinds of video ads.

And as publishers have focused more on consumer revenue, many have been trying to figure out how to pitch those subscribers to advertisers. The idea is that subscribers, who are typically among the most engaged segments of a publisher’s audience, could yield higher CPMs.

Robbie Sauerberg, vp of operations at Wired, declined to answer questions about how much sponsored article access costs advertisers, saying only that it is priced like a “premium sponsorship,” in part because the messages appear in a “can’t miss” part of Wired’s site templates.

Wired has not yet figured out how widely, or regularly, it will be deploying these kinds of offers. Running the offer every month would effectively lower the paywall permanently, and over time, audience familiarity with the offer might diminish its appeal to advertisers. Lowering the paywall height could also have a negative effect on Wired’s subscriber conversion rate.

“I’m as excited as you are to see how this goes,” Rosenfield said. “We did a lot of experiments that relate to this project, but we haven’t done any testing other than modeling.”

For now, the ads will be seen by everybody who visits Wired’s site an appropriate number of times: On the first visit, users will see a message that Wired’s paywall is at five articles instead of four in June, thanks to WeTransfer; the user will then get a second sponsored message on the fifth visit that month.

But as Wired learns more about how those sponsored extra articles affect subscriber conversions, it may aim future versions of the promotion only at select pockets of its reader base; a person who has hit Wired’s paywall more than once, for example, might not get the offer.

“Overall, we want to get more surgical,” Rosenfield said.

While some publishers are reluctant to tinker too much with the kinds of offers they make to readers, some see Wired as having permission from its readers to experiment. “I think Wired is uniquely positioned to test something like this,” said Matt Rizzetta, the CEO of the advertising agency N6A. “Wired’s website was an innovative and pioneering property in the tech and media landscape, and I think Wired can lean on that when they roll out an exploratory project like this one.”

The experiments will continue. “We are continually working on ways to augment how advertisers can communicate to both the existing and would-be subscribers,” Sauerberg said. “Paywall sponsorships are just one of those opportunities, and we have more to come.”