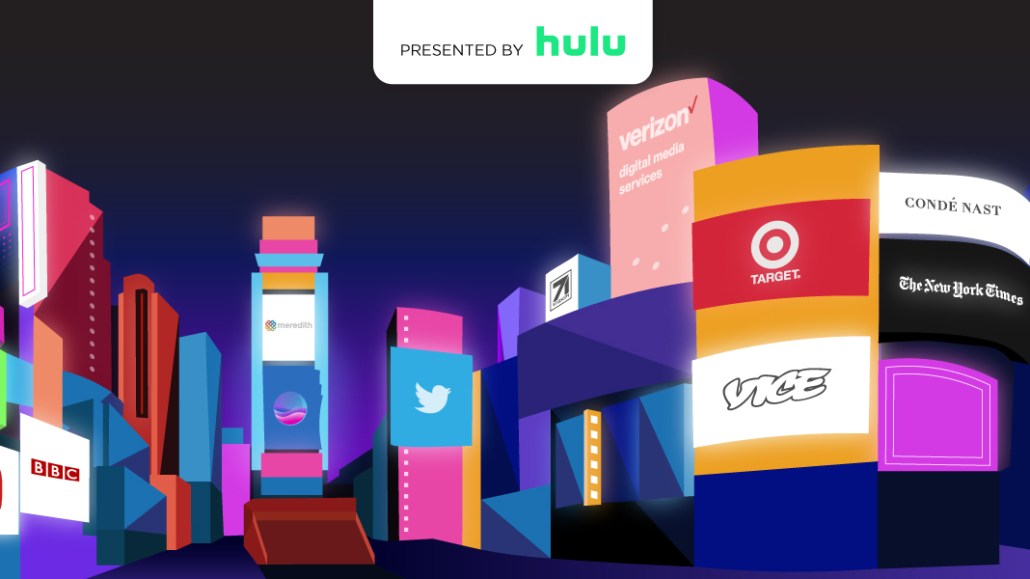 As the NewFronts continue to move away from their original purpose of a TV upfront-style marketplace for digital video, more publishers are using the event to promote their brand studios. But in most cases, showing off the brand studio doesn’t automatically lead to deals — those, when possible, still take time.

This past week, more than half the participating publishers devoted major minutes to showcasing work by their brand studios. Some, such as the New York Times’s T Brand Studios, talked up their head count and the suite of services and capabilities they could offer marketers; others, such as the BBC’s StoryWorks, talked about the technology they measured their content’s effectiveness; all of them showed off big, bright sizzle reels crammed with client names.

The decision to include the brand studios makes sense in a moment when the branded content business is getting more competitive. In terms of value, the NewFronts allow publishers to stand out in a room full of marketers. This doesn’t immediately lead to a deal, but most publishers also said that including the studios can help initiate a relationship that often takes months to consummate.

“[The point of the presentations] was never to sell a particular thing. It was selling a process which could get people hungry enough to get us invited in, or to say ‘yes’ when we asked to come in,” said Greg Coleman, entrepreneur in residence at Lerer Hippeau Ventures and the former president of BuzzFeed.

On some level, selling the brand studio to NewFront attendees is an imperfect fit. While the promise of video series still represents the NewFronts’ foundation, the brand studio pitches aren’t necessarily relevant to everybody in the room. At Vice’s NewFront, one brand-side attendee, which spends most of its marketing budget on direct response advertising, said branded content was not something they’d bother investing in.

A second brand-side attendee said they relied on an in-house creative team for most of their content. “Why pay extra?” that source said.

This year, some publishers emphasized that they could help with more than just content creation. Ryan Mack, COO of Vice’s agency Virtue, talked up its access to “proprietary intelligence” and its ability to help advertisers figure out how to navigate third-party platforms, such as Netflix and Hulu.

Some of the week’s presentations did not exactly get rapturous receptions. The sizzle reel that T Brand President Amber Guild introduced during the Times’s presentation drew no applause from the audience; during Virtue and Mack’s presentation, chatter could be heard creeping in from the back of the banquet hall where Vice staged its NewFront.

Yet, there are plenty of reasons to get through any awkwardness. Michael Wolf, director of U.S. digital investment at Dentsu Aegis media agency Amplifi, said that the branded-content presentations make sense for clients who prefer the convenience of one-stop shopping. And even though some agencies might see a publisher’s creative studio as a threat, Wolf said that more specialized agencies that don’t handle certain sides of a client’s needs — such as experiential marketing or custom content creation — are happy to see those options.

There is also evidence that showing off your brand studio at the NewFronts can drive results, too. One source from a publisher that showcased its brand studio at the 2017 NewFront said their decision to showcase their brand studio paid off in some new business, with multiple seven-figure deals, including several from non-endemic advertisers. In 2018, just months after finalizing its acquisition of Time Inc., Meredith managed to sell multiple Foundry-driven projects to NewFront attendees, a spokesperson said.

The deals did take a long time to materialize, however. “You go in, and there’s a hope you’re going to be doing deals right away,” that source said, who said some of the deals weren’t closed until nine months after the NewFronts were over. “But the week or two following NewFronts, there was so much fatigue. You’d call buyers, they couldn’t even remember which ones corresponded to which publisher.”

An earlier version of this story referred to Michael Wolf as the head of U.S. investment. He is director of U.S. digital investment.

https://digiday.com/?p=332761
Most Read
Trending in Beyond Ads
Digiday Top Stories