With a new CEO, High Times looks to open dispensaries 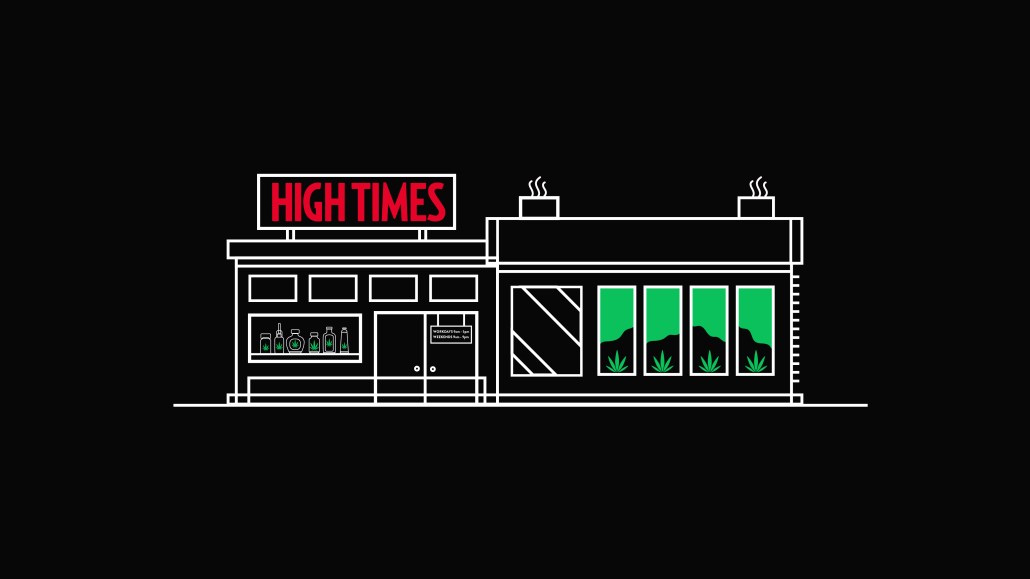 While Simon, who previously served as president of Overstock.com, would not disclose an official timeline for opening retail venues, she said the company has already purchased retail dispensary licenses. The first two retail venues will be in Las Vegas and Los Angeles, according to a company press release, although Simon said she plans to set up additional stores in markets where High Times has previously held its Cannabis Cup events. These markets include Colorado, Michigan and Washington state, as well as Amsterdam.

“The past three years in cannabis has been like 90 years in any other industry,” Simon said. “In each of these markets, we’ve held Cannabis Cups,” she noted, adding,”And we have award-winning cannabis that can be featured and promoted and displayed on our stores.”

Programmatic advertising has historically been a difficult area for cannabis publishers to capitalize on. And because of this, High Times has put an emphasis on consumer revenue and sponsorship-driven events, as well as direct-to-consumer commerce businesses. Simon said the next step for a publication that connects consumers with cannabis is creating retail locations.

As of Dec. 31, 2018, the last time Hightimes Holding reported revenue amid hopes of launching an IPO, it had earned most of its revenue (almost 70%) from events, including a competition series, the Cannabis Cup; a music festival, the Bright Side Festival; and the BizBash party, held at the cannabis expo MJBizCon. The company’s events business generated ticket sales as well as sponsorship revenue. Advertising and publishing represented 29% of its revenue, with direct sales advertising accounting for most of that revenue stream, though the company also sells some programmatic advertising. And the remaining 2% came from merchandise, commerce and licensing deals. In 2018, the company’s total revenue was $14.8 million.

While Simon declined to provide the company’s 2019 revenue figures, she said she expected retail and commerce to be big areas of potential growth in 2020. Simon did say that merchandise sales increased in 2019 over the previous year but declined to be more specific.

Simon said that parent company Hightimes Holding is still pursuing an IPO — for this year. Hightimes Holdings has raised $20 million from 20,000 investors. She is confident the company can reach $50 million, Simon said, adding that one of the “the best ways to raise capital in the cannabis business” is to give consumers the opportunity to own a piece of the industry and the community.

Direct investment is important for a company seeking to expand into operating a dispensary business because banks won’t finance loans for cannabis businesses, said attorney Michael D. Cutler of EvansCutler Attorneys, which specializes in cannabis licensing in Massachusetts.

“You need to have a pretty good war chest going into it before getting out on the other side,” said Cutler, explaining that most banks are federally chartered and marijuana use is still illegal, according to federal law.

From securing a location to preparing to open this type of business, the state licensing process can take as long as a year, Cutler said. The cost of renting a venue, making the venue operational, applying for the license and hiring legal representation could run upward of $2 million, though the fees vary from state to state.

In California, for instance, the license fees are based on an applicant’s estimated gross revenue during the 12-month license period, according to the state’s website. Cova Software, a cannabis business software provider, estimated that the up-front investment for opening a California dispensary would be $80,000 to $250,000 a year, with variations in real estate and the scaled licensing fees playing a factor. The costs in Michigan would be much less, $47,000 to $136,000.

The New York Post reported in December that Hightimes Holding was saddled with $105.2 million in debt, following its acquisitions of Dope, Culture and Green Rush Daily.

Update: This story has been updated to include the locations of the first two retail venues, Las Vegas and Los Angeles, which were announced on Thursday.