The NBA has 3.8 million fans on TikTok — and another 4.9 million on Douyin 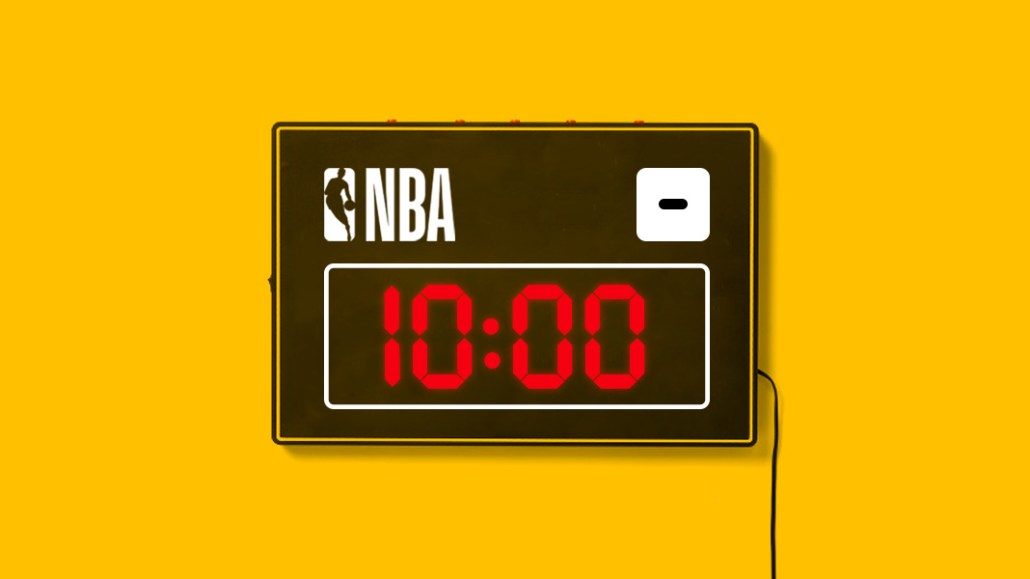 As agencies are still trying to figure out their TikTok strategy, one brand has been committed to the short-form video app since the beginning.

The NBA has a team of several employees (the league wouldn’t specify how many) dedicated to the app and posts five to six videos per day to 3.8 million fans. During All-Star Weekend, the NBA garnered more than 44 million views on its TikTok videos, according to the league. More than 3,000 TikTok users submitted their talents to the brand’s hashtag challenge, one of the ad products and organic behaviors on TikTok, where users mimic each other’s videos, typically synced to the same song. NBA shared their own players’ talents like Steph Curry’s dunks, which received 82,000 likes.

“It’s still so new, but the challenges are a big part of the platform. We’re encouraged by the highlights starting to perform well like showing Kyrie’s [Irvings] handles. We want to teach NBA’s fans and new fans who these players are and what makes them special,” said Bob Carney, NBA’s vp of social and digital content.

The NBA has been known for its dedication to and prowess at social media. The league was popular on Vine, the six-second video app Twitter axed in 2016, and has made several exclusive shows for Snapchat. The NBA also has 35 million followers on Instagram, and NBA highlights have been a key reason why accounts such as Bleacher Report’s House of Highlights are popular on the platform.

TikTok is just the NBA’s latest obsession, and its willingness to join was quite obvious: Carney said the NBA had already been the most popular brand on Musical.ly, which Chinese tech company Bytedance had acquired in November 2017 and rebranded to TikTok in August 2018. TikTok’s rebrand was beneficial to the NBA since the company has global scale and a sister app Douyin in China, where the league has an obsessive audience (the NBA has 4.9 million followers on Douyin compared to 3.8 million on TikTok).

In Nov. 2018, the NBA and Bytedance announced a multiyear partnership. It involves the NBA consistently publishing on the platform in favor of better access to Bytedance’s tools and in-app promotions. For example, the NBA’s All-Star Weekend coverage was featured on the app’s search page. (The NBA declined to share terms of the deal. TikTok did not respond to a request for comment by press time.)

Carney said the NBA became interested in Musical.ly back in October 2016 because its demographics skewed young and female. TikTok’s audience is still similarly skewed. TikTok has 26.5 million monthly active users in the U.S., where 60 percent are 16 to 24 years old and 63 percent are female, according to its pitch deck.

“Whenever there’s an app that gains traction we always evaluate if we should use it. When we saw [Musical.ly’s] demographics were very young and very female and when we saw the content, we thought it would be something for us to engage a different audience,” Carney said.

As for TikTok’s benefits, the NBA’s activity promotes the app’s legitimacy to other brands and advertisers. Bytedance is currently hiring a director of sports partnerships, based in Los Angeles, according to a LinkedIn job posting. The National Football League also has been experimenting with TikTok with augmented reality stickers on different players.

In the beginning, the NBA posted about two to three times per day and found that the most engaged content was fun or funny, such as mascots in the stadium or other in-arena moments. That’s still true on TikTok. One of its top videos, 3.2 million views, was of mascots throwing cakes into people’s faces on National Cake Day. The NBA also posts themed content for each day of the week, such as Mascot Monday, Talent Tuesday and Workout Wednesday.

To grow its audience, the NBA isn’t promoting its TikTok channel on its other platforms, Carney said.

“Our goal is to engage the audience where they’re at. We’re not always trying to send them places. The one exception to that, on a general matter, across all of social is encourage and promote the games on TV, but we’re not trying to move our Twitter audience to TikTok,” Carney said.