Mic’s Cory Haik: ‘Our audience is not a monolith that just wants news’ 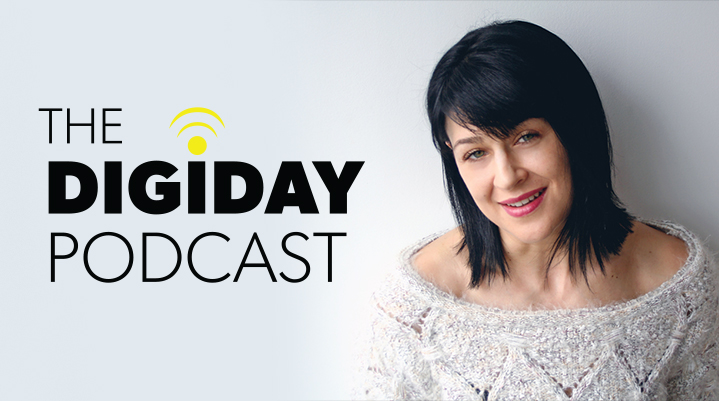 Last week, Mic announced that it had raised $21 million in venture capital funding from investors including Time Warner, bringing its total funding to $52 million. The millennial-focused publisher is using the funding to launch nine new verticals to cover pop culture, women and finance. This is a broadening of its original mandate as a news site.

“It’s not easy to monetize tragedy, or things that are complicated,” said Cory Haik, Mic’s publisher.  “It’s not always the most appetizing thing for brands. Our audiences are not this monolith that just wants news. We’d like to be a well-rounded publication that they don’t have to go somewhere else to get their personal finance news, or when they want to know more deeply about culture and entertainment. We were going in that direction anyway. It’s a natural expansion.”

On this week’s Digiday Podcast, Haik joined Digiday editor-in-chief Brian Morrissey to talk about Mic’s strategy to embrace platforms and the challenges of branding.

The “post-woke” media brand for millennials.
“The median age of millennials is about 26. The median age of our newsroom is about 26. Mic is kind of a mindset. It’s not necessarily about age. If you look at Gen Z, you don’t have to explain it to them. They use the word ‘corny’ for people who try to be cool, and be woke, and understand it. There’s this awakening, a wokeness that just happened here.”

Mic’s brand will underline the differentiated verticals.
“All of them definitely look and smell like Mic. Not everything has to be a social justice issue. It’s just one of the major issues of our times, and our audience cares a lot about it. But that rubric doesn’t have to apply to all of our verticals. The nuance is worth teasing out. When we’re bringing our values to our work, you will see some of that. Mic is like a network, where Mic news is the main channel and the other verticals are differentiated. You will know that they are Mic but they could also stand on their own.”

The focus is on impassioned audiences.
“We continue to develop a direct relationship with our audience — email, push alerts, apps, these direct to consumer products. At the moment that’s not subscription for us, but people who type in mic.com are very important to us.

Mic has a fair degree of Facebook dependency.
“If Facebook went away it will be difficult for us because we’ve built these audiences there. But we’re not totally dependent on Facebook. We have a nice stable base of search traffic. We also have a lot of direct connections, close to a million subscribers. It’s sort of silly to build your business on top of another business, if you’re trying to build a long-term business, which we are. Facebook is a huge channel and lever for us. We’d be silly not to ride that algorithm, meet those audiences, find new audiences, continue to grow. There’s no way that you could build that kind of audience in five years without platforms.”

The video strategy will keep diversifying.
“We have to make a business out of what we’re doing, platforms are part of it. It’s a huge opportunity. It’s a privilege to reach that many people. If you can monetize social video, which we’re very optimistic about as well, that’s huge. Facebook supports branded content on those feeds. That’s a 100 percent revenue to us. We’re very bullish on branded content.”

https://digiday.com/?p=231649
Most Read
Trending in Publishing in the Platform Era
Digiday Top Stories