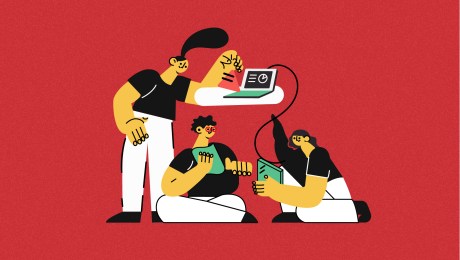 Earlier this month, Meredith announced it was selling its Local Media Group to Gray Television in a $2.7 billion cash deal, leaving the company’s future success solely on the shoulders of its National Media Group once the sale finalizes later this year.

“The transaction significantly improves Meredith’s financial strength,” said CEO Tom Harty in an email to Digiday, adding that post-sale, Meredith is expected to be twice as profitable in its adjusted EBITDA.

The plan for now is to use those profits to bolster the national titles that remain in Meredith’s portfolio and focus on organically growing into more of a multi-platform publisher, according to Catherine Levene, president of the National Media Group, which houses more than 40 magazines and digital brands including Better Homes & Gardens and People.

The deal was not done in an effort to drop an under-performing business. In fact, despite the economic downturn during the pandemic, the Local Media Group did not struggle in 2020. According to Meredith’s 2021 second quarter earnings report, which rounded out the 2020 calendar year between Oct. 1 and Dec. 31, the LMG had a 53% increase in total revenues for that division year over year to $328.4 million, with political advertising increasing by over 100% year over year.

“The stars aligned” in 2020 for this division to earn a valuation as high as $2.7 billion, according to one media consultant who spoke on the condition of anonymity. That’s because the Presidential election led to a once-in-four-years boom in political advertising revenue and increased local viewership during the coronavirus pandemic led to a boost in non-political ad revenue as well. They added that an offer this high likely would not have come around again for another four years, if at all.

Meredith is “a magazine company at heart,” said the media consultant. “I don’t think I could have imagined [the reverse of] them selling the National Media Group and keeping the Local Media Group.”

Levene said that the LMG had been courted for years with offers but this was a competitive offer that came at the right time.

The consultant added that the money from the sale will most likely be used to pay down debt and hopefully increase its stock price as a result. As of March 31, Meredith still held $2.6 billion in debt, according to the company’s third quarter earnings report, most of which was accrued from buying Time Inc. in 2017 for $2.8 billion.

“It provides a great return for our shareholders,” said Levene. “But it also allows us to strengthen our balance sheet and make us more flexible for growth investments.” That initial growth, she said, will primarily be focused on Meredith’s existing portfolio of brands by expanding to new mediums and platforms.

While mergers and acquisitions have been a trend in the media industry as of late, M&A is not top of mind for Meredith, according to Levene.

The company’s video and television programs have not been curtailed as a result of selling off the LMG, said Levene, who added that shows associated with its national brands, like Southern Living and People, will still be syndicated on traditional TV as well as distributed digitally. Additionally, she said that the teams will be looking for new avenues to expand video entertainment content, including partnerships with streaming services and social media platforms.

Southern Living has been a blue print for this multi-platform expansion, Levene said, with its recipe tester and developer Ivy Odom turning into a video host on several channels, including hosting “Hey Y’all” on linear TV on the channels that were a part of Meredith’s LMG, a personality for the version of “Hey Y’all” on Snapchat Discover, and most recently, the face of Southern Living on TikTok.

Allrecipes is also joining Snapchat as the exclusive food partner for the platform’s new scan feature that allows users to “scan” an ingredient. And Allrecipes will serve up recipes to match the ingredients and dishes that the Snapchat camera can recognize.

Beyond platform deals, another priority is growing consumer revenue through increased licensing deals — Meredith is the second highest global licensor in the world behind Disney — and through digital subscription revenue. This means, Meredith will be experimenting more with paywalls and paid products like memberships. Levene would not disclose which brands are planning to have a paid model.

As for advertising revenue, and its considerable first-party data trove, Levene said that Meredith’s more than 12,000-term taxonomy database, which enables contextual targeting in ad campaigns, was collected almost entirely from its NMG and will not be impacted as a result of the sale.

Not included in the sale was Meredith’s MNI Targeted Media, which works with local and regional advertising clients, including placing ads against Meredith video programming that plays in doctors’ offices across the U.S. Though formally a part of the Local Media Group, Meredith will retain this business, which last year generated approximately $100 million in revenue, with $15 million coming from political ads, said Harty.

Looking forward, Levene is adamant that Meredith is really a multi-platform media company. “It is no longer a publishing company in a traditional sense,” she said.

https://digiday.com/?p=415186
Most Read
Trending in Publishing in the Platform Era
Digiday Top Stories