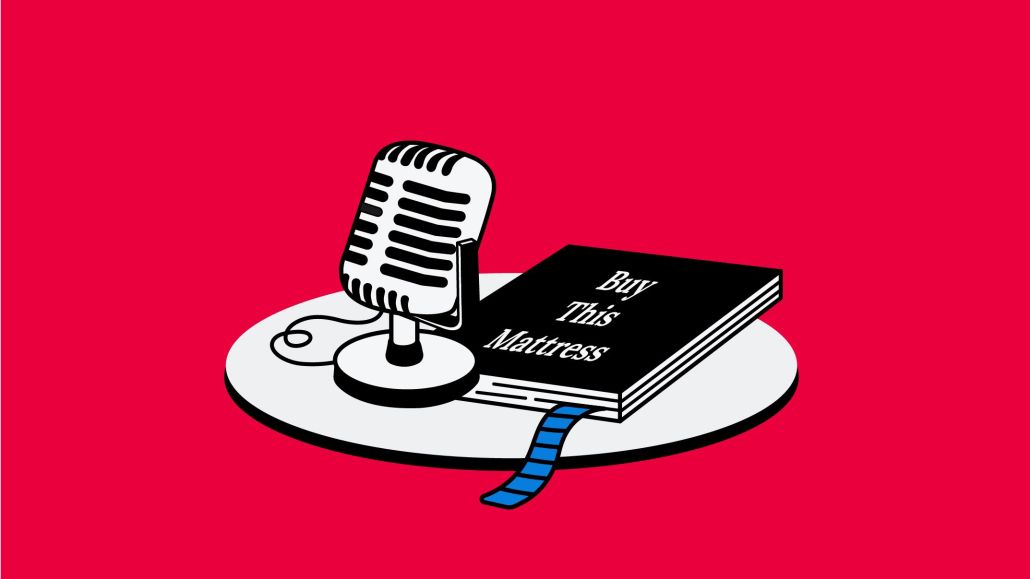 For most of the last 15 years, radio has seen its total revenue either remain flat or drop slightly, until 2020 that is, when according to eMarketer, revenue plummeted 28 percent to $10 billion. That number is expected to stay about the same for the next few years.

At the same time, digital audio continues to surge, forecast by eMarketer to hit $5.59 billion in 2021 after maintaining growth levels during the pandemic in 2020. Podcasting fueled much of that growth, as did continued expansion of digital audio streaming services like Spotify and Pandora, as well as newer platforms trying to muscle their way in.

Rich Stern, CEO of TuneIn, a digital audio platform with 74 million listeners using content from traditional radio broadcasters like iHeart Radio as well as content from the NFL and CNN, said he believes “we’re in the golden age of audio.”

And Tony Mennuto, president of Wordsworth + Booth, the audio creative division of Horizon Media, agrees with the notion that audio is having its moment. “Look at TikTok, it would be nothing without audio, given how much music is driving its use.”

Updates to the medium have been long overdue, which contributed to radio’s overall stagnation from a revenue standpoint. “We’re trying to reinvent radio for a digital world,” Stern said. “We’re not changing the medium of radio, because people love it. We’re changing the distribution and monetization — and bringing it in line with the real scale of global digital from a platform perspective. This has been the missing piece for the industry for a long time.”

Specifically, podcasting offers the most significant momentum among the newer players. One of its appeals is the embedded nature of the advertising, most often read by hosts (although that’s also a limitation, but more on that later). What it’s missing is some of the back-office elements that make it more measurable and usable among buyers and planners, along with a lack of scale. That’s where companies like Backtracks come in.

“If you heard an ad about tennis racket technology in a podcast about tennis, it’s not out of place — it’s probably of interest to the listener,” said Jonathan Gill, CEO of Backtracks, a tech platform for podcasting advertising and analytics that recently got certified by the IAB Tech Lab. “It’s contextually relevant.” Gill said he’s heard of podcasts that tried removing all advertising, but were forced to put them back in after listener complaints about their absence.

“With the introduction of time shifting of audio, specifically on the ad side, when an advertiser can go from a more survey-based methodology of counting that’s not as accurate, to something that’s both more accurate and precise, they get the trifecta of better data, cheaper ad spend and more capabilities of targeting,” Gill said.

As hot as they are, podcasts need to advance how to offer new ad possibilities, beyond hosts reading marketing messages, which isn’t easily scalable. “Treat advertiser-provided and host-read ads more uniformly, where an advertiser can choose what’s best for them, and it’s easier for the publisher to approve and set up,” Gill added.

Meanwhile, terrestrial radio is doing all it can to become more digital-first. But that part of the industry finds itself caught between its shrinking traditional base (which is heavily reliant on local advertising) and its transition to digital add-ons like mobile apps.

“If you look at what’s happening in audio right now, it’s a bit of a tale of two cities,” said TuneIn’s Stern. “Think about podcasting, which has a lot of listening and engagement, but has a very nascent monetary infrastructure for advertisers. That’s versus radio, which really understands the frequency and reach of carrying those messages, but struggles to aggregate enough listening on their platforms.”

“If you talk to a media buyer, they’ll tell you they’re still figuring it out,” he added. “There’s still some catching up to do. The people that were buying traditional radio are not the same buyers looking for digital audio.”

Planners and marketers “still think of audio as an after-thought of sorts behind TV and [other] digital [options],” said W+B’s Mennuto. “One of the biggest problems is they don’t know how to use the medium. Many just repurpose TV content, while others don’t use the time wisely. But if you do it right, you can connect on such a deep emotional level. And remember, radio still reaches more than 90 percent of the country — and that’s mostly millennials.”

If there were any doubts that legalized sports betting has practically taken over live sports on television, AdImpact has erased them. The ad tracking SaaS platform analyzed week one of the NFL season and found that sports betting ads appeared 6,500 times across the various telecasts—with FanDuel alone appearing 1,500 times.

The single largest ad category that was advertised in week one was fast food, which ran 14,000 ads. And the single advertiser with the most ad appearances was insurance firm Geico, at just under 4,000.

“New York used to be able to sell itself as being the center of everyone. Writers, storytellers, photographers, all would come here to be ‘in the mix. But the mix is now online, with less in-person events or coffees … New York needs to sell the ability to connect with a diverse talent pool, critical for these industries to continue to grow. That is what makes New York unique and powerful.”

— Steven Rosenbaum, executive director of the New York Media Lab, about the city’s ability to maintain its status as a global media and tech hub.