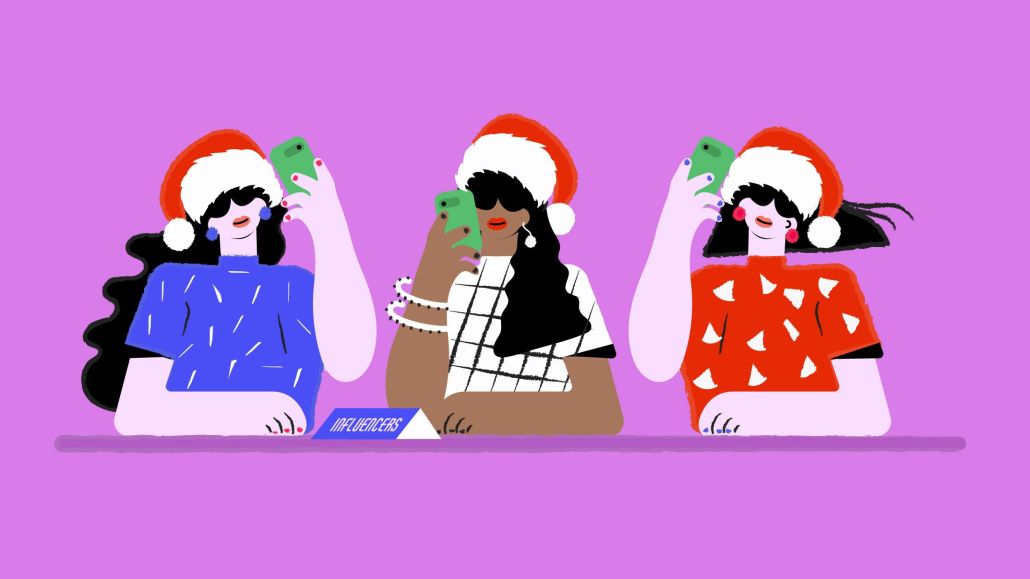 Influencers have quietly become the new power brokers of media.

Whether it’s through social media or livestream platforms, these content creators have become cultural ambassadors across food, sports, skincare, gaming and much more. Some influencers have gone on to make movies, sponsor products, open storefronts and launch their own brands.

Most media agencies are making the effort to keep up with the advances of this form of marketing.

“I’d make the argument that every branded campaign should have an element of influencer marketing, and the agencies who aren’t embracing this new model are going to get left in the dust,” said Geoff Gates, head of social strategy and content at Boathouse Group.

And the growth in this business has been explosive, with investors, brands and agencies seeing employing influencers as essential to push their products and messages to millions across social networks. This year, more than 75% of marketers are allocating a budget to influencer marketing, according to Influencer Marketing Hub’s state of influencer marketing report. The influencer marketing industry is expected to grow to some $16.4 billion in 2022.

The psychology is not hard to unpack: People want to be a part of the “in” crowd, or at least feel like it. And having curated choices in who or what we follow gives people a sense of control – psychologists contend we are hardwired to feel like having control helps us survive.

“It’s a tale as old as time,” said Kiara McKinney, founder of Boost PR, an agency working with influencers and brands. “People want to fit in, they want clout.”

Research in the Computers in Human Behavior journal last year found that social influencers most impact young adult followers, who end up buying their endorsed products. Findings showed that people between ages 16 and 25 “look up to” and strongly identify with influencers as their peers.

Kyle Klemmer, COO of gaming platform Mech.com, in which boxer and influencer Jake Paul is a major investor, said agencies can help validate an influencer’s following and engagement, ensure they can deliver quality content and work with their management.

“With so much smoke in mirrors in the space, a third-party that can independently validate is huge. It is a huge problem getting influencers to do a quality post for a client on an agreed-upon time,” Klemmer said.

“The time of having to fight to prove the value of an influencer campaign is long past, so agencies are now regularly establishing teams that specialize exclusively in identifying the right partners,” Powell said.

Elijah Schneider, CEO of Modifly, added that influencer marketing is becoming “another line item within creative budgets over media.” Modifly is utilizing platforms like grin.co to find and target hundreds of influencers with their clients, and Schneider said this is similar to how they run ad campaigns. Brands are shifting toward enlisting influencers more for content creation than content distribution.

With people now spending a staggering amount of time on social apps, the potential to convert influencers and their followers into shoppers will only grow. Leaked data from Meta recently found users spend 17.6 million hours per day watching Instagram Reels, the platform’s latest shortform videos, versus a whopping 197.8 million hours on the rival platform TikTok.

“We know that especially if you’re looking at Gen Zers, like 97% of their purchase decisions are made through recommendations on social media,” said Pete Kennedy, CEO of influencer marketing company Tagger Media. “So you have to have a strong presence. You have to do a lot of ad buying on social media, but more importantly, you need to get in front of the right people and use influencers who have had a lot of influence over consumers.”

By 2025, social commerce could account for 17% of all e-commerce spending, and the estimated value of social commerce sales is $958 billion in 2022, according to Influencer Marketing Hub. The scale that influencers can achieve is helping them keep up with tech and Hollywood’s deep pockets.

In a single event last October, two popular Chinese livestream creators, Li Jiaqi and Viya, sold $3 billion worth of goods – that is almost three times the amount of Amazon’s average daily sales. When longtime YouTuber MrBeast opened a burger joint with Virtual Dining Concepts, a crowd of 10,000 showed up in a New Jersey mall for a taste.

“Look at MrBeast, who just broke the world record for selling the most burgers in one day at one of his Mr Beast Burgers restaurants because he turned up to work there,” said Kristian Sturt, director at influencer agency Colossal Influence Limited. “He’s working on MrBeast Burgers, merch, Feastables [chocolates] – and that’s not even taking into account his various philanthropic ventures.”

However, experts say there is also great value in the smaller influencers, especially for small- and medium-sized brands. Creators don’t need to have millions of followers to convince people to open their wallets. Having greater engagement with authentic followers and quality content is worth more than vanity metrics, said Aquila Mendez-Valdez, CEO of digital agency Haute In Texas.

Social apps played a major role in creating powerful influencers. Tech giants continue to compete over creators with incentive and funds programs as a way to nab exclusive content and users. More and more, social feeds are filled with the hottest trends and influencers, rather than actual friends and family content.

That boosted TikTok into the fastest-growing platform, now boasting more than 1 billion active monthly users globally. For a lot of creators, Instagram serves as the business side for commerce, and TikTok is where they build up a following. And because the algorithms promote posts with high engagement, anyone can make it to the top of your feed.

“TikTok absolutely flipped the influencer game on its head, because it’s not enough anymore to just have pretty pictures or a curated feed of sales,” Mendez-Valdez said.

Many industries are changing their marketing models as these platforms have grown, Klemmers added. Now the macro and micro influencers can both shape brand content and commerce.

“This amplified the level of exposure a brand could get almost overnight. At the same time it created a mutual win-win for both business and consumer,” Mech.com’s Klemmer said.

Going back to control and survival, it’s not just consumers gaining a sense of control by having social media choices. Influencers gain the power to become instant sensations. As Sturt puts it, “It’s allowed anybody to become a celebrity overnight. That comes with benefits and negatives, but ultimately social media has given more power to the individual to control their destiny in the media.”

Are people still talking about the metaverse? When London-based agency 1000heads analyzed some 47 million tweets and surveyed 500 U.S. consumers, it found that a lot of people remain skeptical of Web3 (decentralized internet) technologies. And a lot of their hesitation comes from not fully understanding what the metaverse actually is, alongside concerns that giants like Meta will gain more access to their personal data. The report was designed to be a strategic guide for marketing leaders, and some of the findings suggest there may be growing opportunities for brands if they play their cards right.

“One of the biggest issues in the entertainment/tune-in industry is being able to report results quickly and properly react. We traditionally get the tune-in data from our campaigns three-to-six weeks post-campaign, so having a real-time proxy metric allows us to optimize our campaign tactics after seeing what positively correlates to driving tune-in. The same goes with attention’s correlation to brand lift, which sometimes sees even longer lag times in traditional reporting. Media partners have started to widely accept the attention metric tracker, [and] we found great success from an ad-buying perspective.”

—Larisa Johnson, the NBA’s vp of paid and CRM strategy, on the advantages of incorporating attention metric tools into the programmatic buying process.