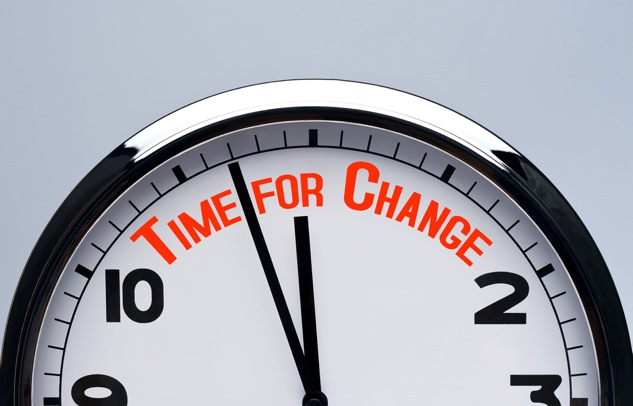 The always capricious dynamic between advertisers and agencies is going through its latest set of twists and turns as both groups experience irreversible changes to their respective businesses caused by the coronavirus crisis.

And any slither of hope that the worst disruptions are over has well and truly evaporated over the last week.

In short order, the U.K. announced it’s in the midst of the deepest recession of any major global economy, the Federal Reserve Bank has admitted that U.S. economic growth will be muted until the virus is contained while global unemployment fears are at a high. As businesses brace themselves against these economic headwinds, marketers’ performance — and subsequently their agencies’ performance — are coming under even more scrutiny than they were in the first half of the year.

What this means is that the traditional drivers of growth such as consumer spending and corporate investment are likely to remain volatile given the financial pressures advertisers are under and so to maintain margin they’re focusing on ruthless cost efficiencies. As Miles Welch, partner at  M&A advisers Waypoint explained: “The feedback we’re getting is that agencies are going to come under pressure throughout the second half of the year because the C-suite is demanding quantifiable proof that marketing investments are working now that the recession is in full swing.”

On one hand, this new urgency to lower costs could foster innovation. Diageo, for example, is taking some parts of its media in-house like brokering fewer, but better relationships with ad tech vendors during the second half of the year, having outsourced other aspects to a PHD-led team from Omnicom over the first, said one source who recently discussed the plan with the company.

That said, stricter spending rules could reinforce bad habits as one ad tech exec observed: “The agencies we’re talking to at the moment are worried that because they’re having to do so much work with fewer people that there’s a tendency to default to the simplest plans, which usually means buying [the] most ads from either Google or Facebook.”

Increasingly, however, marketers seem prepared to make working under those conditions worthwhile for agencies. With more of their money being spent online since the start of the crisis, those marketers are looking at more performance-based metrics and have concluded that it’s more cost-effective to pay them a commission when those targets are hit.

In other words, more marketers are coming round to the idea of paying agencies more to save money on their media budgets. Usually, media agencies are paid by a set of billable hours worked by agency execs on an account.

“If you’re using a commission remuneration model then that puts a lot emphasis on the agency and we’re seeing a lot of work done here as advertisers place more emphasis on performance channels,” said Matthew Semple, media management practice lead at Ebiquity.

Seeking transparency in ad tech, squeezing more savings from media dollars and revising remuneration models, these are the sorts of processes that lead to media reviews. And while many of the pitches scheduled for 2020 have been put on hold indefinitely, that doesn’t mean the advertisers behind them aren’t weighing up their options.

Few things in life are as disruptive as a divorce, particularly during an economic downturn, so marketers are seeking more marriage guidance counseling — as evidenced by how the pandemic has dampened the buzz around in-housing. “While there are some advertisers that decided to plow on with in-housing projects, they’re the exception because most are thinking about making those moves due to how expensive it is to do,” said one consultant on condition of anonymity.

Still, if both advertisers and agencies can’t reconcile their differences, then marketers are likely to look elsewhere once it’s safer to do so.

“If economies return to some sort of normality over the next six months, then the pitch market is likely to spring back because there are a lot of advertisers who had to postpone account reviews this year,” said Ryan Kangisser, a partner at advisory firm MediaSense. “We’ve had marketers admit to us that the agencies they would consider now could be different from the ones they’d consider in six months’ time as they actively monitor how agencies evolve their business during the crisis.”

Some marketers are already making these changes, having decided it would be more costly to stick with, rather than twist away from, their current agency.

Honda, TikTok, Duracell, Starbucks and Burberry are among a raft of advertisers that have either started, resumed or concluded media reviews during the pandemic. In these reviews, cost savings are still a crucial factor in those decisions, according to an exec who has managed some of these reviews. After all, advertisers expect to make at least 10% savings in media pricing and agency fees when they switch accounts, continued the exec on condition of anonymity. And adding a new level of complexity, those marketers are now also prioritizing how agencies can help them adapt to how people have changed during the pandemic.

“We saw no new business at the start of the pandemic but that’s picked up over the last several weeks,” said Martin Kelly, CEO of Infectious Media.

More marketers want agencies to help them recalibrate media strategies to broader corporate-wide digital transformation agendas, said Kelly. “We’re not seeing clients do what they did during the last mediapalooza and move to another agency that does pretty much the same thing as the incumbent for a little bit less,” he added.

Indeed, since that last glut of media reviews in 2018, agencies have tried to recast themselves to keep pace with marketers’ expectations. Now, those changes are being tested.

At Omnicom, for example, its workflow tool OmniScope has come into sharp focus, as has the Omni data platform that underpins it. The tool is effectively a workflow app that’s replaced the standard processes the agency had in place for one of its largest clients prior to the pandemic, covering everything from investment tracking to scenario planning.

Not only has the tool allowed those execs on the account to make faster and more informed decisions about when to replace, postpone, cancel and renegotiate ad dollars with media owners, it’s also spread those jobs across more of the team. Having Omni made it easier for the agency to swap in data to different analytic and statistical models as and when they needed to be updated, said Amanda Forrester, director of product marketing at Omnicom’s data and marketing sciences group Annalect.

Flexibility will continue to be important for advertisers, but going into the second half of the year they’re more concerned about when to commit instead of continuing to shift strategies.

“We had to make different decisions on different scenarios on almost a daily basis, partially during March and April where nothing was happening, but no one knew what was going to happen next in certain markets, said Iain MacMillan, head of consulting at Annalect. “Having a tool that allowed us to relentlessly scenario plan help give our clients confidence. “Marketers don’t expect things to stop changing but they are looking to feel confident — and find stability.”