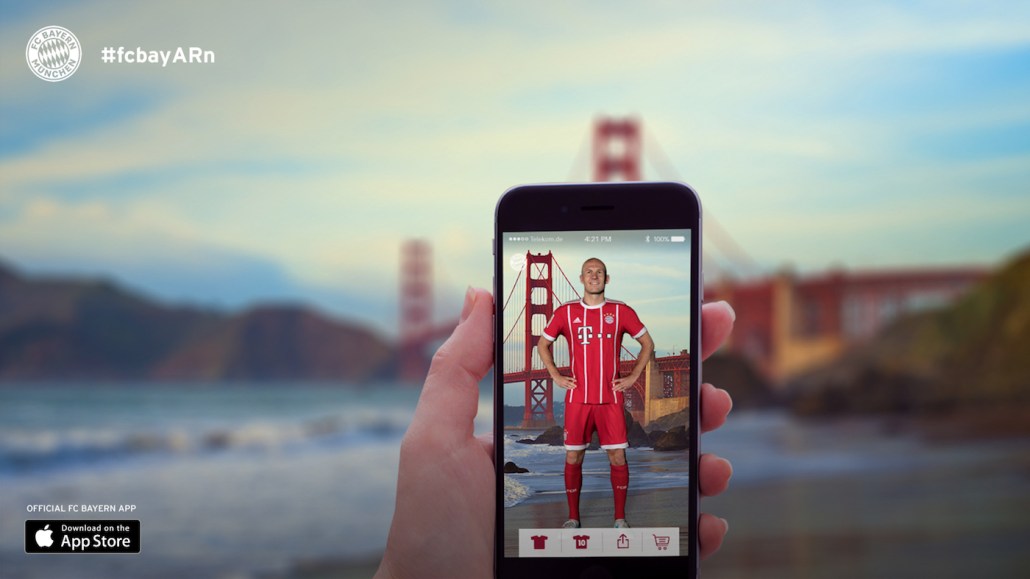 Bayern Munich is building out an internal agency.

The German club’s Digital & Media Lab has 60 staffers across content production and delivery, cause related and digital marketing as well as IT services. Most of the team works from the club’s training facility in Munich, Germany, where new premises are currently under construction, including a studio.

Not all of the club’s digital expertise will be housed in the new division. Bayern Munich’s digital team in New York will continue to operate out of the U.S. as a separate unite rather than be moved into the lab. There’s no point in bringing those marketers who oversee the club’s media strategy in the U.S. and Latin america under the control of a German-based media team, said Stefan Mennerich, director of media, digital and communications at Bayern Munich. Instead, the club’s marketers in New York will work alongside those in the lab.

Bayern Munich’s digital team will initially assess existing revenue streams like merchandising, partnerships and TV rights. Retail, sponsorships and broadcast are areas of the sport’s commercial model under pressure from how fans follow football and consequently how brands want to reach them. While Bayern Munich has been more responsive than most to the shift, an in-house agency will give it the ability to manage fans between first party channels such as the app it fully owns, secondary channels, which feature the club’s logo but are operated by other companies, and third party channels such as social media. Consequently, the media lab will manage the club’s work with Dugout, a site it owns along with eight other clubs, as well as a recently announced content partnership with ESPN in the Americas.

Beyond content production and brokering deals with media owners, Bayern Munich’s digital arm will also oversee the club’s app strategy, which includes its early bets on augmented reality and mobile commerce. For commerce efforts the club’s digital arm will work with developer and sponsor SAP to consolidate customer data from 52 third-party technologies so it can serve more personalised offers to visitors to its online store. The club wants to use that data to better target international fans across the Americas and Asia.

Digital rights, which the club has used to increase the value of sponsorship deals, will also be managed by the in-house agency alongside its investments in digital marketing, CRM, technology and its dedicated TV channel FC Bayern TV. Bayern Munich has also recently started working with start-ups following its first hackathon earlier this year, relationships which will be developed via the in-house agency.

Digital rights “are of course becoming more important” to Bayern Munich’s commercial efforts but “digitization as a whole” is the bigger focus for the club’s global ambitions, said Mennerich, who has been promoted to the digital team’s managing director. Mennerich’s strategy is predicated on the club no longer — as is usually the case in sport — being a licensee of third parties but instead owning its own technology and media, which the in-house agency will develop and monetize moving forward.