Inside Axel Springer’s WhatsApp experiment to get teens into politics 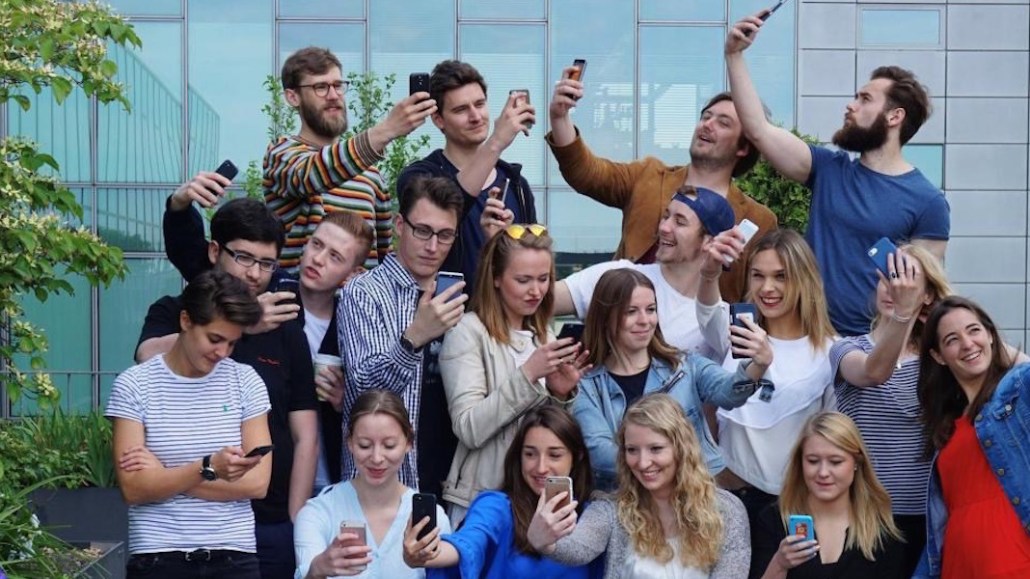 Germany is less than three months away from a national election, and publishers there are pushing for new ways to engage first-time voters in the run-up. That’s why Axel Springer’s in-house journalism school’s latest project was to figure out what new editorial formats engage 18- to 22-year-olds in politics, specifically via WhatsApp.

Chief editors from across Axel Springer’s titles help select the Axel Springer Academy’s 40 students, who receive on-the-job training at the publisher’s titles, including Bild, Business Insider Germany and Politico Europe. The WhatsApp trial ran for a week in June, and Axel Springer editors are now receiving the results. Here’s a closer look at the project:

The concept
WhatsApp is relatively uncharted media territory in Germany, even though 95 percent of teens there use it, according to German research firm MPFS. That made it a tantalizing test bed for the Academy team, according to its chief, Marc Thomas Spahl.

Although the trial was just a week, it required a lot of planning with multiple focus groups of young people. People were asked what topics interested them and how they use WhatsApp. The feedback informed the formats created. The upshot: Those asked said they dislike being bombarded with alerts and prefer consuming news in short bursts. They dislike products that feel automated, like chatbots. Based on the feedback, the Academy team named the trial’s WhatsApp group “Shotty” to reflect giving a shot of information, selected five topics of focus that particularly resonated with young people and created four new formats that were published each day — one in the morning, two in the afternoon and the last one at night.

The five topics chosen were radicalization, the environment, sexting and the perils of sending nude photos, job orientation and Europe. “We focused on topics like why are so many people joining IS [the Islamic State], and what the dangers are with plastic waste, and another important topic for young people — the dangers of sending nude photos and sexting. We were careful not to take the moral high ground on that topic and risk coming across as preaching. The aim was to offer constructive solutions to some of these issues that could help,” said Spahl.

For example, on one day the team posted a video featuring a young woman sharing how her ex-boyfriend had distributed nude photos of her without her consent. The video then cut to experts giving advice on what people can do if that happens to them and information on what legal rights people would have in such a scenario. The job orientation content examined topics like the benefits of vocational over academic training. For the Europe-focused day on June 8, the day of the U.K. general election, some of the team members traveled to London to ask young people their thoughts about voting.

Editorial formats
Each morning, an audio news message ran, featuring the same two Academy students presenting the big political news of the day. Keeping the messages to three minutes each day resulted in 98 percent of the 2,500 people who signed up to the group listening to the entire voice message. “This group of teens are not so much fans of the classical podcast, but they are used to listening to voice messages on WhatsApp, and they can listen to these audio messages whenever they like and when on the move, so that worked well,” said Spahl.

In the afternoon, the team used WhatsApp Status, a feature released in April, which has the same 24-hour vanishing feature as Snapchat and Instagram Stories. Status lets users share photos, videos and animated GIFs with friends. Users can also overlay images or videos with text, finger sketches and emoji. The team used all these features in their Status updates. Half of the 2,500 users watched the Status reports, with 90 percent of those watching the 30-second clips in full. “You have the videos, but also infographics, pictures, quotations, emojis — you have to combine all these elements to create a new kind of digital storytelling for WhatsApp,” said Spahl.

The team tried using Facebook as a secondary channel for its second afternoon format. It prepared 15-minute Live Q&As with experts on each of the topics, all of which ran on a Shotty Facebook page. At 6 p.m. each day, WhatsApp group users got an alert with a link they could click on to view the Live — a format it probably won’t repeat. “We had 2,000 people watching the streams, which is OK, but we expected more. The streams took a lot of preparation to do professionally — we won’t bother with that if we do another project like this. They looked too much like classical TV streaming, which isn’t what young people want on this channel,” said Spahl.

A late-night news memo was also sent out daily containing three or four of the day’s most important political news stories. Ninety percent of users read all the messages, according to Spahl.

https://digiday.com/?p=244420
Most Read
Trending in Publishing in the Platform Era
Digiday Top Stories