How ad tech aims to build back better 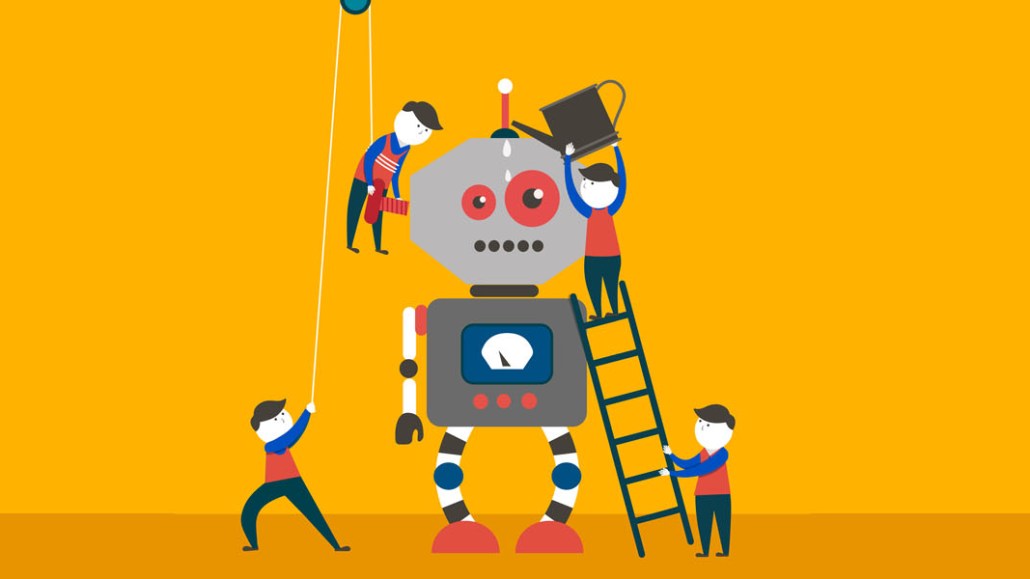 After a yearslong buildup, GDPR became enforceable in 2018, and to say its impact was considerable would be an understatement, with the privacy legislation still casting a shadow of doubt on European ad tech.

As an example of the disruption, workarounds included: multiple efforts to develop cookieless technologies, with these efforts still underway, and a widespread pivot to contextual offerings. Meanwhile, some just bailed out of Europe altogether.

Four years in, lessons are still being learned, with the IAB Europe’s Transparency Consent Framework — now in its second guise after Google was an early holdout — still undergoing legal scrutiny from data protection authorities in the region.

It’s a topic that was discussed at length in booths, from the conference stage and (no doubt) in the bars surrounding Koelnmesse last week, as the first in-person Dmexco conference since the Covid-19 outbreak was hosted in Germany earlier this month.

Discussing the prospects of TFC 2.0, multiple sources, who requested anonymity given the politics involved in developing a cross-industry solution, hinted how conversations with marketers themselves (i.e. those with first-party relationships) indicate that the industry’s self-regulatory GDPR solution may require a rethink.

Philippa Snare, svp, EMEA, at The Trade Desk, told Digiday how the demand-side platform was working with both the IAB Europe and IAB Tech Lab toward a solution. “I don’t know if that requires a really strong unified solution,” she said in a veiled reference to Unified ID 2.0, “that’s managed by the industry and usurps the need for a consent framework?”

On several different fronts, Europe has proven a stumbling block for industry efforts to forge a path forward in the cookieless future with Google’s Privacy Sandbox, and even UID 2.0 frustrated in the region.

EUID…brought to you by TTD, and everybody else

GDPR has been the source of umbrage for projects’ respective backers, with The Trade Desk announcing a partnership with LiveRamp earlier this year to get its efforts in the region off the ground in a tie-up that has been labeled EUID.

Based on LiveRamp’s Authenticated Traffic Solution, EUID will attempt to negotiate the specifics of GDPR. This means that advertisers and publishers that sign up to the standard can transact on either EUID or RampID (both will be interoperable) within The Trade Desk’s DSP.

Snare told Digiday that while GDPR does “create an issue” for EUID’s rollout, she is confident it will be market-ready in 2023. “We’re already in alpha, we’ll be in beta as quickly as we can after that,” she said, speaking on the Dmexco floor. “I just don’t know when the formal release is.”

Separate sources hinted that further partnerships are in hand, but present contractual restrictions prevent The Trade Desk et al. from publicly disclosing the names of participants. Although, Snare did tell Digiday the company is working with “customers that have big CRM databases where we can start flushing data through the pipes, and checking out whether the tech works.”

One such example is The Trade Desk’s recently announced partnership with Procter & Gamble, which has seen the CPG giant use UID2 as part of its post-cookie preparations. Speaking separately, Snare told Digiday, “Look at the UID solution in the U.S. and take that as an indicator…we’re looking with those types of partners and more for EUID.”

As mentioned, GDPR enforcement prompted an exodus of companies from the region, with Drawbridge (a company that was later sold to Oracle), GroundTruth, Kargo and Verve Wireless all leaving in 2018.

Digiday previously reported that in 2018, Verve’s leadership had calculated that the cost of building the infrastructure required to comply with GDPR would not generate a return on investment, given the scale of its presence in the region — then consisting of a 15-person headcount.

However, fast-forward to 2022, and Verve — now going under the moniker of Verve Group after its 2020 acquisition by Gamigo — is back in Europe, where its parent company, a.k.a. Media And Games Invest, is a publicly listed entity. Since 2020, Verve has been on an acquisition trail of its own, including contextual advertising outfit Beemray, sell-side specialist Smaato, buy-side outfit Match2One and, more recently, Dataseat, a mobile-focused DSP.

Ionut Ciobotaru, co-CEO of Verve Group, explained that while the current outfit — formed after the 2020 merger of other MGI subsidiaries PubNative and Applift — uses the same brand name as the company that exited Europe in 2018, otherwise it was completely different.

“We had to close our outfit [PubNative] in 2018 when GDPR came in and just do business in the U.S.,” he said, adding that the move cost his company 20% of revenue. “So, [from here] we had to rebuild the platform to store consent, pass it…and by the time we got acquired [by MGI] we had all of this infrastructure in place,” he said, adding that this is now available to the entire unit.

Meanwhile, Digiday has also learned that Kargo is planning to re-enter the region after its 2018 exit, with sources there explaining that its implementation of TCF has helped buoy its confidence to start partnering with U.K. publishers again.

Similarly, other ad tech companies are branching out, with Outbrain, a company whose renown was built in the content recommendation space, recently launching its first software-as-a-service product in the guise of Keystone, a product that uses artificial intelligence to help publishers expand their revenue opportunities beyond traditional advertising.

“If you think about a publisher’s pixels — those served by the advertising-industrial complex (including by Outbrain) are very optimized for an advertisers’ business KPIs and for their ROI,” said Yaron Galai, cofounder and co-CEO of Outbrain, describing how publishers are using the product. “You can leverage the Keystone technology for e-commerce, with the goal of maximizing affiliate revenue. Keystone will track the conversions and the value in order to provide the best offers in front of the right users.

“There are many simple ways to provide the conversion data into Keystone — online, offline via analytics or just a simple estimate. We are removing implementation barriers, just like we’ve been doing for advertisers for over a decade.”