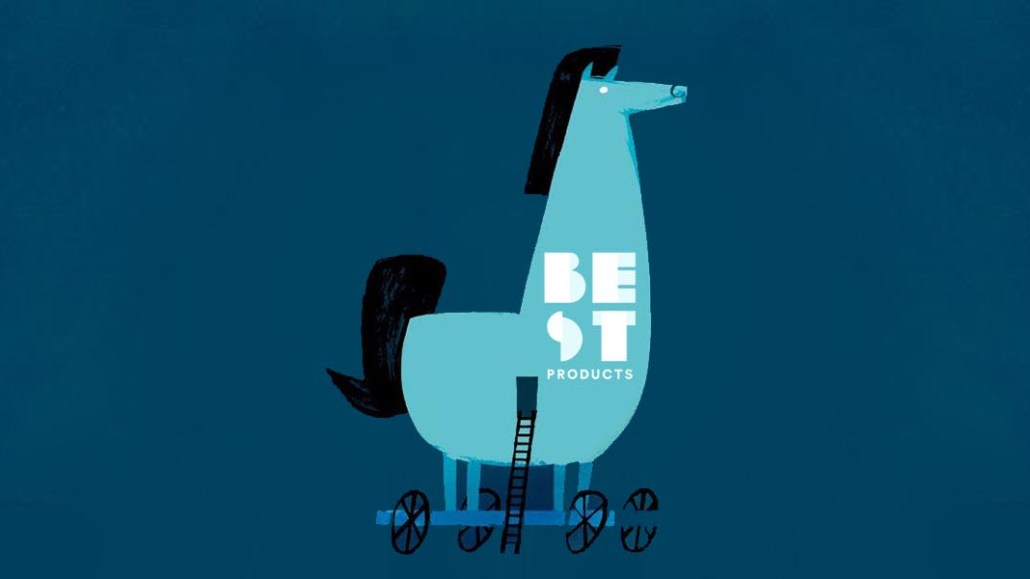 For the past 18 months, Hearst Magazines Digital Media has been building a site that is helping it figure out the ins and outs of affiliate commerce.

Best Products, already one of the largest digital-native sites in Hearst’s portfolio, has become the private publisher’s laboratory to test multiple affiliate commerce strategies at once, publishing content that focuses on everything from products (“Stylish White Sneakers You Can Kick It In During the Summer”) to local travel experiences (“The Best Lobster Rolls in NYC That Taste Like the Real Deal”) to branded content designed to help both brands and retailers.

“It represents the end of the spear for learning about affiliate across the portfolio,” said Troy Young, Hearst Magazines’ global head of digital. “It helps us understand the lower funnel dimension of our business that we can apply everywhere. Content marketing has been broadly embraced by the industry, but the most sophisticated clients are saying, ‘Now what?’”

But Best Products is the site where all of Hearst’s new initiatives for commerce come from. Per Young, Best Products has helped Hearst figure out the details that make commerce-focused posts as efficient as possible. That includes everything from where to put a buy button to what price order to arrange a list of products in to optimize reading or conversion to how to optimize the financial yield of a post by moving between different retailers.

“Anything the platform needs to do ought to become available across the platform,” Young said.

A post that does well on Best Products with a certain audience can easily be syndicated to another Hearst title’s site, thanks to the shared content management system. On Prime Day, for example, which many publishers focused on this year, Best Products articles were syndicated across Hearst’s network.

The site, which is now profitable, has grown into the third-largest site in Hearst Digital Media’s portfolio. Its revenues are up more than 230 percent year over year, though the company declined to share specific numbers.

For now, the site’s biggest strengths are fashion and tech products, according to Brian Madden, Hearst Magazines’ chief of audience development. But it’s experimenting in more categories; it recently began creating content focused on travel, software and subscriptions, a growing area of interest for commerce-focused publishers.

Like many commerce-focused publishers, Best Products is mostly search-driven. Eighty-five percent of its desktop traffic comes from search, according to a SimilarWeb analysis. But it’s also determined to make other social channels part of its brand. Best Products is closing in on 1 million Facebook fans, thanks to a content strategy geared more toward interesting and fun products than ones people might be in the process of looking for through a search platform like Google.That means posts like this one about dolphin plants, but it also means grabbing high-performing content from a variety of other publishers, not just Hearst titles like Good Housekeeping but also ostensible competitors, including Insider, LADbible and Viral Thread.