‘The fox guarding the henhouse’: Media buyers are wary of Facebook’s attribution solution 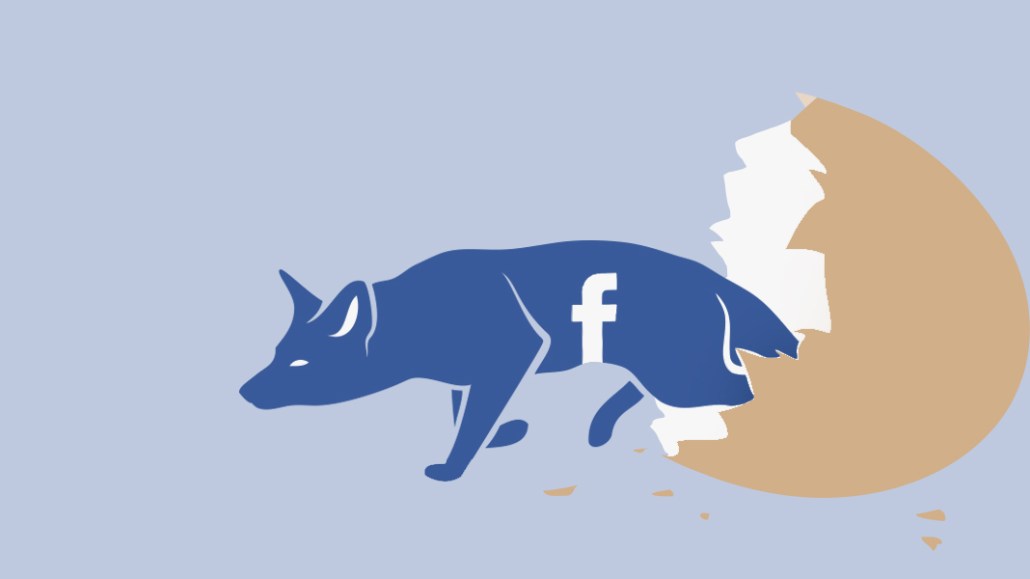 Rest in peace, Atlas. This month, Facebook announced it will move its former ad server’s measurement capabilities and its remaining clients to Facebook-branded products. Media buyers, however, remain somewhat skeptical.

Facebook acquired Atlas from Microsoft back in 2013, but it shut down the ad server and only kept the measurement part of the business in November of last year. Now, Facebook is phasing out the Atlas brand entirely and adding its measurement capabilities to business manager, with a focus on attribution and reach. The promise is to track people across multiple devices and distribute conversion across different digital touch points, both within and outside of Facebook-owned properties.

Sounds good, but there’s a conflict there.

“We spend a lot on Facebook ads, but we are not currently considering Facebook’s attribution solution nor would we ever,” said Kamran Asghar, co-founder and president for media agency Crossmedia.

This echoes a recurring complaint about Facebook and Google: Both seem to want to “mark their own work,” in the words of WPP chief Martin Sorrell.

One unique selling point of Facebook’s attribution solution is the social network’s login-based data that works on mobile and can identify if an activity comes from the same person, compared to cookie-based data that cannot work in cookie-less environments (in-app, for instance) and may not come from an actual person, according to Paul Vikan, director of performance for media agency Noble People.

But a big concern of using Facebook’s attribution solution is that the platform itself is a media supplier, so there is an inherent conflict of interest, according to agency executives interviewed for this story.

“We are very wary of attribution that is offered by media owners,” said Crossmedia’s Asghar. “It is like the fox guarding the henhouse.”

Ella Chinitz, group vp of data science for SapientRazorfish, echoed the sentiment, saying that “it is important for the industry to make sure that the algorithm is balanced across Facebook-owned properties and non-Facebook properties.”

It is unclear if (and how) Facebook’s attribution solution will be audited as “it is still in very early testing,” said a company spokesperson. Facebook is working with analytics firms like Nielsen, comScore and Moat (Mark Zuckerberg personally invested in it, according to Moat’s AngelList) on third-party verification. The first two help inform the media buy while the third verifies viewability, but attribution is totally separate because it assigns credit to a particular action, according to an agency executive who prefers anonymity.

Atlas, as an ad server, had been accredited by Media Rating Council for a long time even before it got acquired by Facebook. But it was withdrawn from the accreditation process by Facebook near the end of 2016 when the platform was being switched from an ad server to an attribution tool, said David Gunzerath, svp and associate director for MRC.

“Ultimately, it is up to the buyers and sellers who rely on the measurements produced — and who make investments and other decisions based on them — to determine the level of transparency and independent validation they will require,” said Gunzerath.

Annalect is currently experimenting with Facebook’s attribution solution for free, as the social network hasn’t yet determined a pricing structure at the moment.

But media shops that don’t have special treatment like Annalect are more hesitant, given that Facebook has had a string of recent measurement errors.

“I would not be an early adopter,” said Noble People’s Vikan. “I’d rather wait and make sure that everything works correctly before we move clients’ ad dollars there.”

https://digiday.com/?p=228517
Most Read
Trending in Publishing in the Platform Era
Digiday Top Stories