‘The days of driving everything back to Forbes are over’: Lewis D’Vorkin on European growth 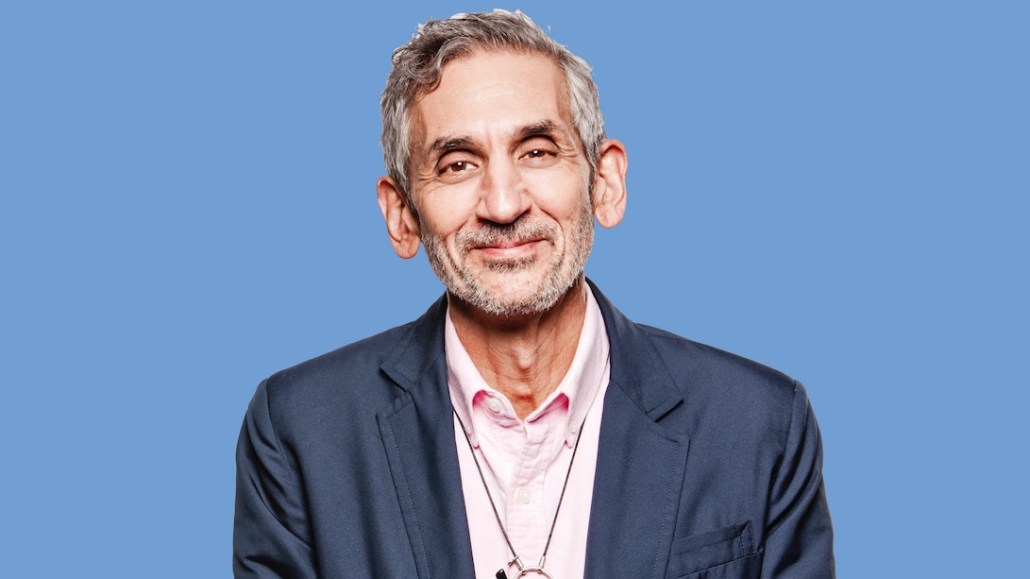 Lewis D’Vorkin, chief product officer at Forbes, is in London after a brief stint in Paris showcasing Forbes’ new web app and discussing BrandVoice, the publisher’s native ad offering, which has been a little slow to take off in Europe.

Paris also gave him the chance to flex his French — he’s been learning for a year — on local cab drivers. Learning the language is partly a practical move to help navigate the city, but there’s also a more romantic reason: “In the afterlife, I want to be a slim-hipped British man meeting my wife for the first time on the Eurostar,” he said.

Forbes’ new mobile site is being rolled out over the next few months. It’s a card-based, fast-loading mobile site, a so-called Progressive Web App, an initiative backed by Google — meaning it can be added to an Android home screen. Pages load in 0.8 seconds, and tests have found it doubles dwell times.

We met with D’Vorkin at the Oscar Bar & Restaurant at London’s Charlotte Street Hotel to chat about the publisher’s off-platform strategy, European growth and fake news.

Why did you choose to design the product this way?
I don’t believe in native content apps. The average American has 1.5 news apps; it’s never going to be Forbes. But this is an app-like experience; it’s fast and visual. Forbes.com may be dead five in years. That’s hyperbole, but the reality is so many readers will find us somewhere else. Right now, the default for reporters is to write a story. I want there to be five default positions. I want it to be as easy to write a text story as to create a graphic, a GIF, a photo, so reporters need to think differently. But it’s going to take a while; change isn’t easy.

How do you monetize there?
Those cards are built for content marketing and native advertising, not display. I hope I never see a display ad in that card based structure. When you get to the story, that’s OK, but not when you are swiping through.

How do you get reporters thinking differently?
For the last few months we’ve had three young producers taking all the content and refashioning it into the card-based system, so now we can start teaching others. These cards created in the CMS can be sent straight to Instagram or Facebook, and are complete experiences on those platforms. The days of driving everything back to Forbes are over.

Can you give an example?
We are now trying to create a sub-brand for luxury travel, Forbes Passport, which will have its own Instagram, podcasts, newsletter and so on, so now you have a whole ecosystem of Passport and only 20 percent is on Forbes.com; the rest is on all the other platforms. So the advertiser owns these different types of media that don’t require you to go to Forbes.com.

Has Forbes been slower to embrace off-platform strategies than others?
I have a phrase “don’t chase bright shiny objects.” People chase Snapchat and Instagram by building 10-person teams. I don’t build 10-person teams; I build something efficient and scalable. Now those people who built those teams — who, by the way, weren’t getting paid — are now thinking, “Whoa, we’re in trouble now.” We waited until the appropriate time. If that seems slow, so be it.

You released content about the 30 Under 30 list exclusively on Snapchat. Did you want to be a Snapchat Discover partner?
They never asked us. And I don’t want to be if you can’t make money from it. Impression and reputation die hard. Forbes has an audience of 50 million; half of them are millennials. The perception of Forbes is that it’s for rich, bald, white people, so young platforms don’t come to us. But 80 percent of our 25 million monthly mobile users are between 24- and 34-year-olds.

And, increasingly, overseas: 30 percent of your traffic comes from outside the U.S., 15 percent from Europe.
We have over 150 European contributors, and they want to get traffic, but the best way to get traffic is to write things that are happening in U.S. A few months ago we started new incentives to encourage European contributors to write more European content, writing things that Europeans care about. BrandVoice has been growing slowly. We have 150 brands overall that have participated in BrandVoice over six years. If we’re just talking European brands, that’s still small.

What’s been the sticking point?
Six years ago people just didn’t understand the idea of publishers offering content marketing; nobody got it. Then the banking industry is very concerned about regulations. Then a lot of European brands only want to focus on particular countries: a Swiss bank wants to focus on Switzerland one month and France the next. We were delivering scale, but they wanted local. Now we can do both. Since this recent Paris trip, I think we’ll have two more brands.

Like what?
We have two reporters in the U.K. We’ll increase the number of contributors, and I’m thinking about the need for an editor of contributors here. I work closely with chief revenue officer Mark Howard. We’re both seeing Europe as a place for us to build. The job of any media company like Forbes is to create a premium news experience to help people understand, post-Brexit, post-Trump, post-whatever happens in France. That’s why subscriptions have gone up in other publishers.

Because people want to escape fake news?
Well, you have a president who conflates it: If you don’t like it, it’s fake news. Fake news is actually manufactured news created for the purpose of gaming the ad networks to make money. Fake news is not a political opinion that you don’t agree with. What’s conflating fake news is all the different content distribution platforms, like Taboola, Outbrain, those kinds of things on site promoting stuff like whiter teeth. That’s not fake but gets lumped into the pot. That stuff is all around the web. We do it too; so many sites do it because it provides revenue. It’s real but looks weird.

Can’t you cut it?
If you find another source of revenue, we can.

But you’re not willing to?
I’m always willing to find new sources of revenue. But the amount of people that click on that shit would shock you.

Isn’t it playing to the lowest common denominator?
It’s on so many sites; you see it all over. I don’t like it, but it’s a necessary evil.

How’s Forbes dealing with Trump?
We have a three-pronged effort launching in three weeks. Donald Trump says he can make American great again. We’ll have a monthly index measuring “greatness” at a state level, measuring something evocative, like happiness, for instance. We’re launching a Trump podcast in a couple weeks. We have a reporter writing about consumerism in the age of Donald Trump: So last year you voted, but now you vote with your dollar. “Is this tea Trump tea? Then I’m not drinking that. Is this Trump silverware? I’m not using it.” We’re going to track that consumer behavior.

Forbes has had a longstanding relationship with Trump
We’ve had 30 years of him.

Are you expecting a backlash this year?
No, not this year. He’s clearly going after others. The day after he delivered the State of Union address, he had the founder of TMZ in his office. Did you see that?

No, it’s hard to keep up.
I agree with that. You should be in our country. But it’s interesting. There’s always the law of unintended consequences. A guy I work with said that in trying to kill the media, Trump has saved it. The irony of it.