Platforms are turning into an awareness play, rather than a way to grow traffic.

In a survey of 124 publishing executives by Digiday this May, the majority of respondents said that they view platforms as a way to increase awareness among audiences, rather than drive people to their sites, or make money off them.

“Platforms,” of course vary. But Facebook is alternately still considered as a valuable way to refer traffic. When respondents listed their top three platforms for their ability to refer traffic, Facebook still came out top with 85% of the vote, followed by Twitter with 44% and Google AMP with 33%.

“Our main use of Facebook is to get our journalism distributed widely — we also use it as a paid marketing channel to promote our subscriptions — and we’re perfectly happy with that relationship,” New York Times CEO Mark Thompson previously told Digiday.

“Social used to be 30 percent [of our traffic], now it’s 10 percent. That’s what we all need to do. You can’t rely on any of them, long-term,” one publishing executive commented at this year’s Digiday Moguls Summit. “We’re always happy for the referral traffic or any money we can get from social platforms, but it’s not something we try to lean too heavily on,” another publishing executive told Digiday. 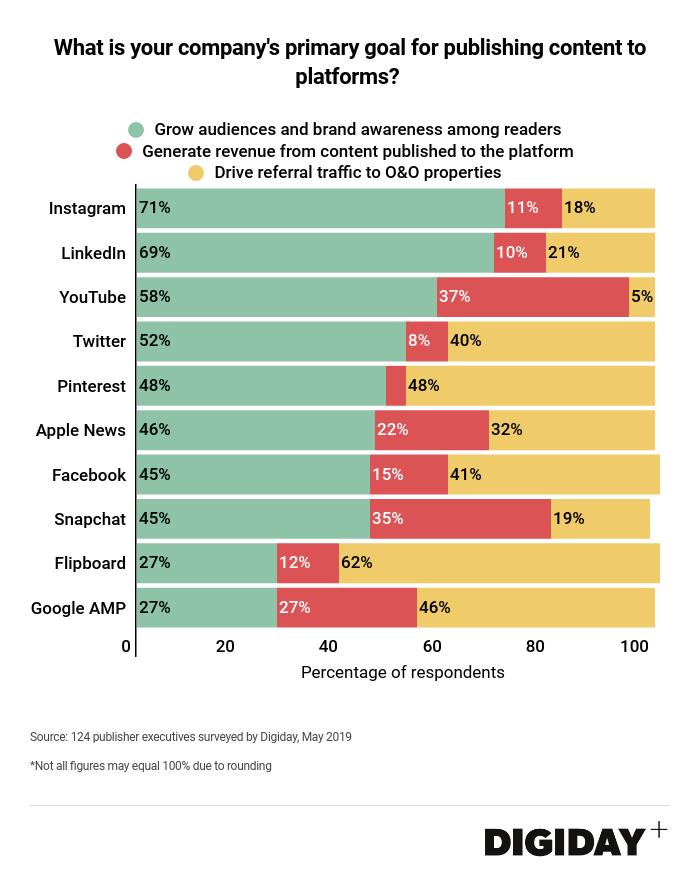 “We still see a healthy amount of referral traffic from Facebook, but we’re increasingly trying to make platforms like Facebook and Twitter as places that we can grow our engagement with readers,” said Samantha Melbourneweaver, audience engagement director at The Los Angeles Times. “We’re noticing that Facebook users are starting to skew older and those audiences are the ones that interact with news content,” she added.

Facebook is unsurprisingly publishers’ most important platform when it comes to building brand awareness. Previous Digiday research has found that Facebook provides the furthest reach for publishers’ paid and unpaid content posted to the platform — mostly a function, probably, of its scale. 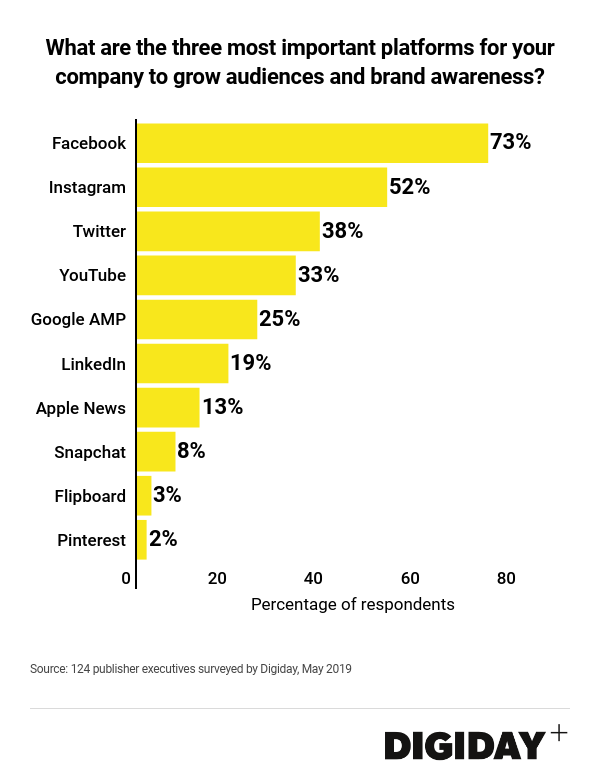 It’s also not one or the other. “Axios does not view creating brand awareness or driving referral traffic as mutually exclusive, and instead pushes strategies on social that accomplish both goals,” said Roberts.

The Economist follows a similar model of pursuing brand awareness goals while making their owned properties accessible to potential readers. “Social platforms are important tools for getting our brand and our content in front of new people. We think carefully about the customer experience and journey, providing our audience with the option of reading Economist content within the social platform environment, while also taking advantage of opportunities to bring prospects to Economist.com,” said The Economist’s chief marketing officer Mark Cribbs.

Facebook’s scale also means it’s never going to really not matter as a traffic referral, especially for consumer-focused publications. “Even though we see a lot less from Facebook than we used to, it’s still our number one social traffic provider. It was so far ahead of the other platforms that even a significant drop meant it would still be number one,” said Melbourneweaver.

Despite publishers’ gripes with Google AMP,  it remains one of the most important places for publishers to convert readers from. “If a story isn’t formatted through Google AMP, it’s essentially dead to us online,” added Melbourneweaver. 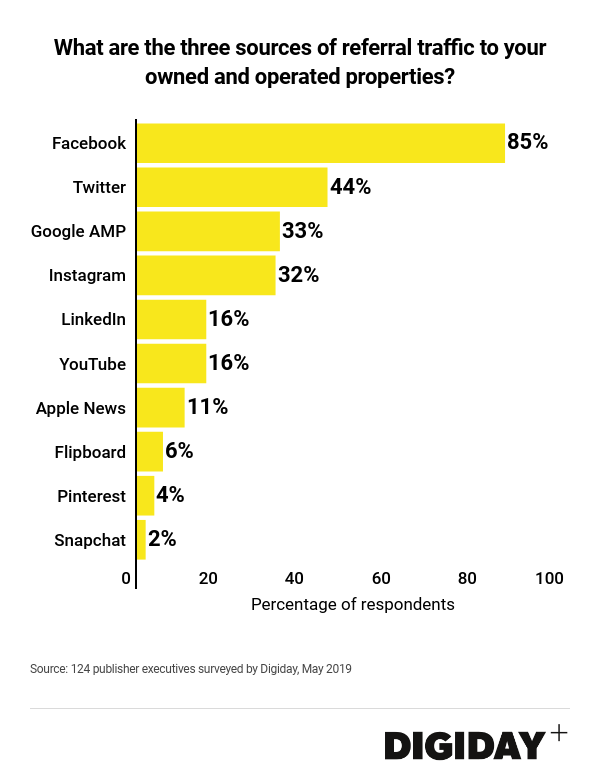