Some publishers panicked when Facebook announced it was going to limit the amount of their content shown in the newsfeed at the start of last year. Many of those reliant on the platform to generate began looking to other platforms like Twitter, Snapchat and Apple News instead. But almost a year and a half later, and despite a significant slowdown in the volume of publisher content in places in front of its users, Facebook still provides the greatest reach for publishers’ content compared to other social platforms, according to Digiday research.

Despite Facebook throttling the reach of publishers’ organic posts, some publishers are still finding success reaching new audiences on the platform. “We’ve actually grown our reach significantly on Facebook since the initial algorithm change,” said Emily Cohn, executive growth editor at Insider Inc. “Good stories that are worth sharing still do incredibly well on that platform,” she added.

Daniel Hallac, chief product officer at New York Media said that after Facebook changed its newsfeed, referral traffic dropped 20% almost immediately but has since rebounded. “My thesis why we were not hit badly is that a lot of our Facebook reach is purely organic from people just sharing good content. It’s not from our coming from our pages,” said Hallac.

Hallac added “The Facebook apocalypse only hurt publishers that gamed the algorithm. It’s still our most important social platform in terms of our ability to reach our audience.”

Facebook also has the obvious advantage of scale on its side. With billions of active users — more than Twitter, Snapchat and Apple News combined.

However, other platforms continue to play an important role in publishers’ social strategies. “LinkedIn is a really great platform for us because our content resonates on it,” said Cohn. “Part of that is because of its algorithm, but again, it’s because it’s great content worth engaging with,” she added.

Other publishers like the BBC have also been crafting their LinkedIn strategies. Meanwhile, Twitter is incentivizing publishers to use its platform more by increasing its ad payments to publishers.

Hallac found that some of New York Magazine’s biggest successes off Facebook have come from Apple News and Snapchat. “With Snapchat, it varies, but sometimes we’re reaching more people there per month than on Facebook,” he said. 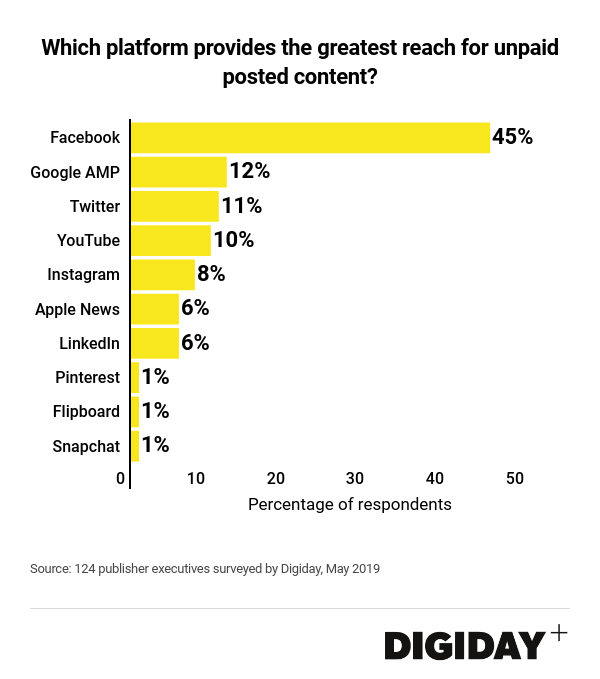 For publishers paying to promote content, Facebook “is the only game in town” for publishers trying to effectively and quickly buy reach, according to one publisher who recently spoke with Digiday.

However, rising costs for paid content on Facebook means the platform is not what it used to be for publishers. “Facebook still provides the best bang for your buck. But the ROI has become much more difficult,” said Hallac.

One publisher executive commented, “Outside of Facebook if a publisher is interested in paying for reach, there are not any real alternatives.” 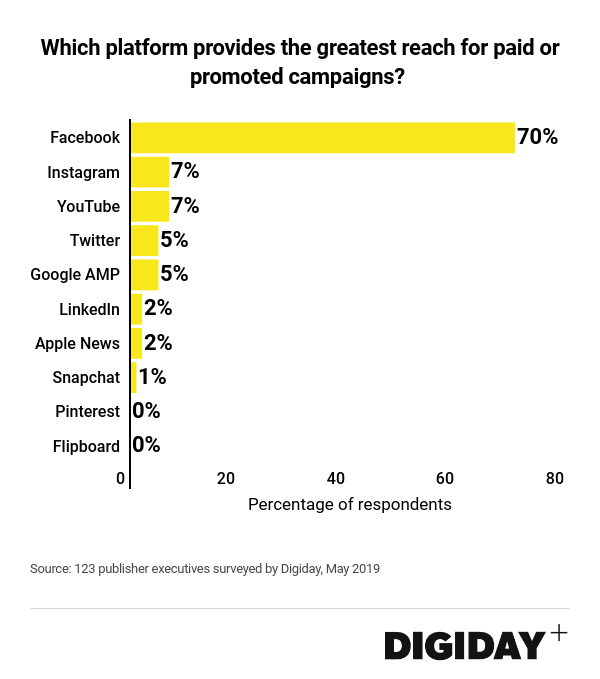