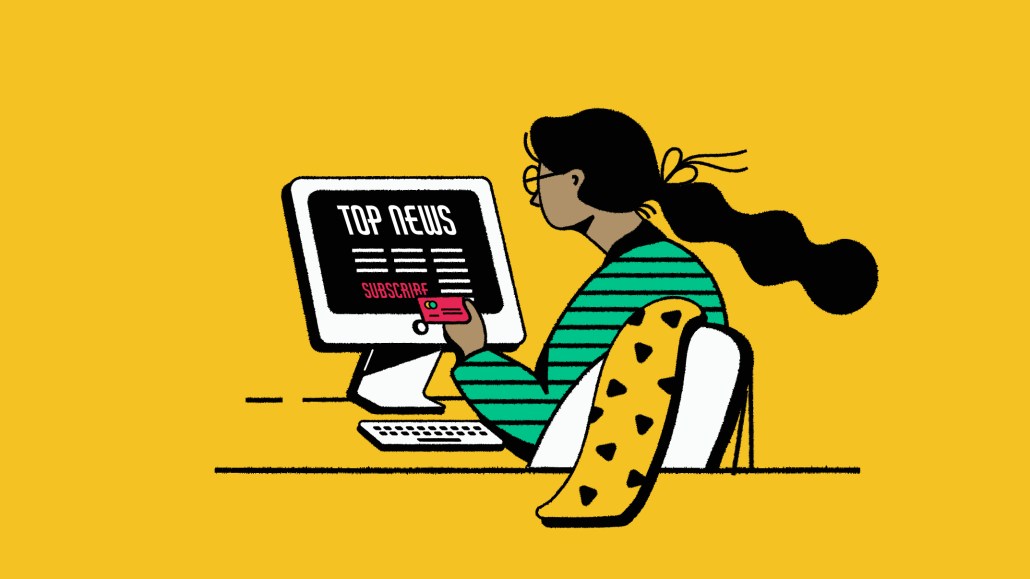 If you spend enough time in the bowels of Media Twitter, or sign up for enough publishers’ newsletters, it can sometimes seem like every day is a subscription holiday, and a great introductory offer is just around the corner.

But nearly a third of the publishers that sell subscriptions never discount them at all, according to new Digiday+ research.

In September, Digiday asked 82 publisher professionals a series of questions about how their organizations make money and how they expect the 2021 holiday season to differ from last year’s. Respondents who indicated they made money by selling subscriptions were asked a separate set of questions.

Slightly more than half indicated that they generate some money from subscriptions, though it is a modest source of revenue for most — 58% called it a “small portion” of their revenues.

But growing that revenue is one of those publishers’ biggest priorities. In a separate survey sent in the third quarter of 2021, Digiday asked 145 publishers about how they make money and which of their revenue streams they would prioritize over the coming six months. Among those that made money from subscriptions, close to 60% called subscription revenue growth at least a “large” focus, a higher share than every other revenue stream outside of direct-sold advertising.

Among those that do offer discounts, percentage discounts were by far the most common, though half of respondents that offer discounts said that this year, they would offer gift subscriptions. About a quarter said they would offer buy-one, get-one-free deals in the coming weeks. Anecdotal numbers of respondents said they’d try buy now, pay later-type promotions during the 2021 holiday season.