Digiday Research: More publishers see programmatic revenue growth in Europe than the US 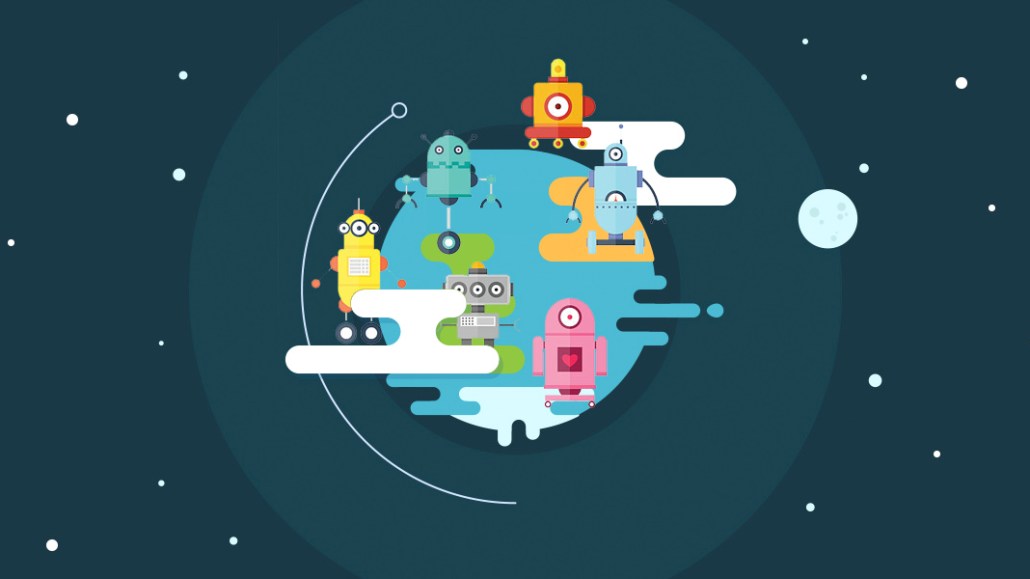 At the Digiday Publishing Summit last month in Vail, Colorado, we sat down with 50 publishing executives to learn how dependent they are on programmatic for their digital revenues. Learn about how you can join our exclusive research panel here, or check out our earlier research on publishers’ expectations for branded content and video advertising here. 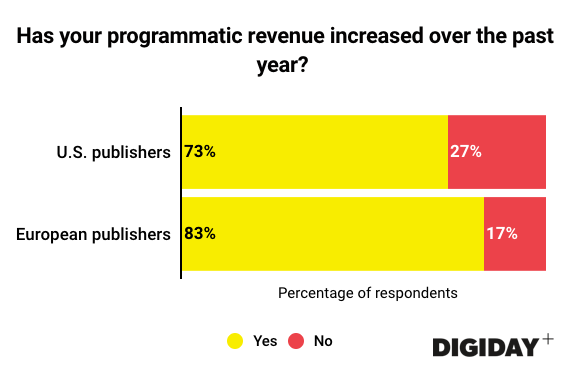 Because programmatic makes up considerably more of digital ad spend in the U.S. than in Europe, with the exception of the U.K., it’s unsurprising that 33 percent of U.S. publishers rely on programmatic advertising for the majority of their digital ad revenue, while only 20 percent of European publishers do. 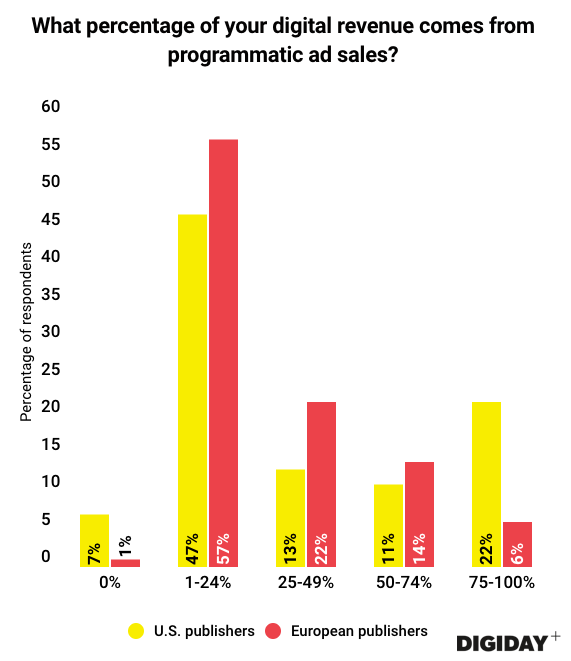 Programmatic is becoming nearly ubiquitous, but there are some ignoring it — including 7 percent of U.S. publishers in Digiday’s survey — such as local news companies in the U.S. Few major publishers have avoided it, with BuzzFeed, one of the last programmatic holdouts, finally acquiescing this year. Embracing programmatic won’t solve revenue woes, either, as left-leaning publisher ThinkProgress discovered.

The Guardian’s lawsuit against Rubicon Project highlights how programmatic could represent a larger portion of publishers’ digital ad revenues if it weren’t for the high fees taken by ad tech middlemen. A report by WARC on worldwide programmatic spending in 2017 found that as much as 55 cents of every dollar spent by advertisers on programmatic advertising went to ad tech vendors.