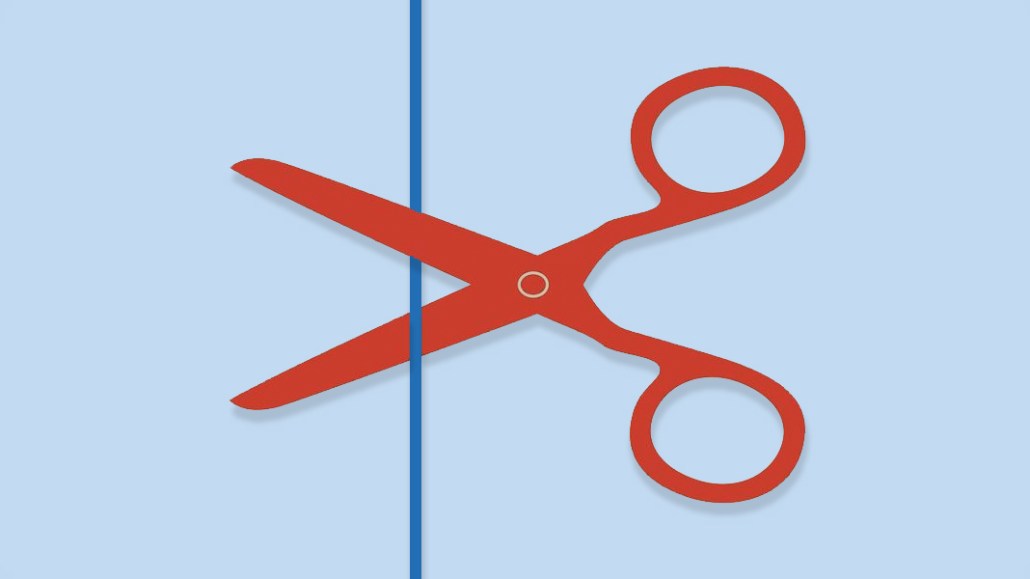 There was, and probably still is, a fair amount of panic in the digital media industry as companies struggled to figure out how to solicit consent and properly process and transfer data under the recently enacted General Data Protection Regulation. A top concern of ad tech vendors in particular: Publishers, uncertain about whether their vendors were GDPR-compliant, would cull them post-GDPR.

It’s become increasingly common for publishers to reduce the number of vendors they work with. Publishers have shed vendors to help boost their site speed, increase CPMs and simplify cross-device campaigns. But few companies have cut vendors as a result of GDPR. In an online survey of Digiday+ members conducted this month, just 18 percent of the 16 companies surveyed admitted to cutting a vendor due to GDPR. 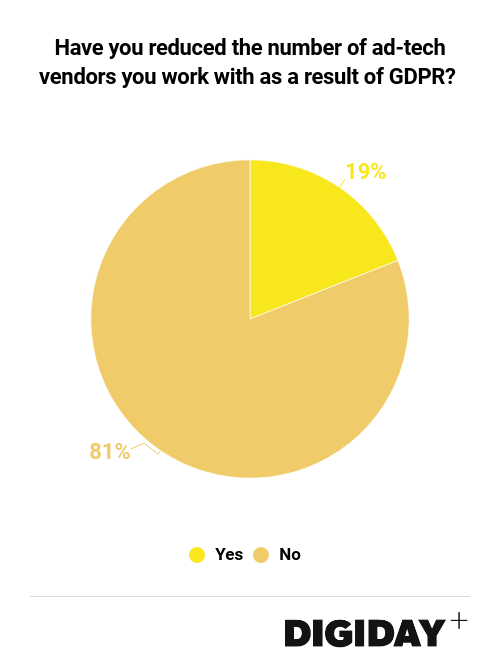 Google helped stoke fears of a vendor bloodbath when it announced that publishers using its consent management platform would only be able to share user data with 12 vendors, including Google. Google ultimately lifted that restriction, allowing publishers to share data with an unlimited number of vendors. But vendors could still suffer even if publishers don’t shed them. If consumers opt not to share their data with hundreds of vendors that can plug into a publisher’s site, then vendors could lack recent or relevant data necessary for their business models.

While vendors struggle to remain relevant and profitable, customer data platforms are thriving as a result of GDPR. Unlike data management platforms, CDPs deal with companies’ first-party data, which makes them ideal for companies looking to safely process user data under GDPR. Aided by an influx of venture capital funding, the number of companies identifying as a CDP now stands at over 52 according to the CDP Institute. In a separate online survey of Digiday+ members conducted in May before the implementation of GDPR, over half of the respondents said their company uses a CDP. 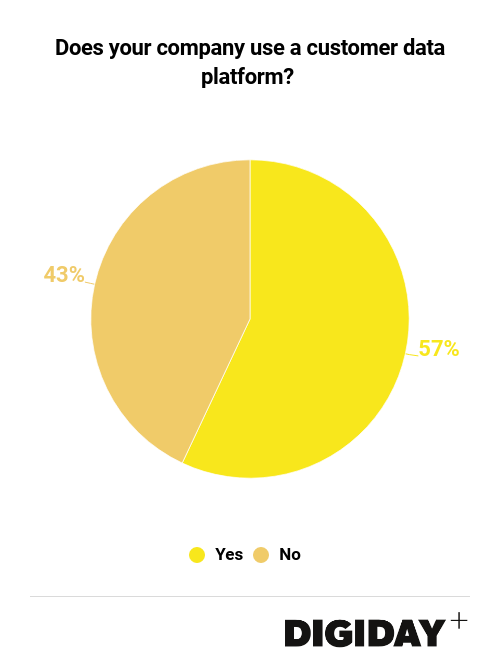 Publishers are particularly attractive customers for CDPs because they need to segment large audiences and first-party data, but so far, only 100 use a CDP. Some of that might be due to confusion about the difference between CDPs and DMPs. When asked about CDPs at the 2017 Dmexco conference, one executive said, “Surely a DMP covers this?” Another issue delaying CDP adoption: Publishers have been squeezed in recent years by declining ad revenues. Many publishers might lack the resources to buy new technologies at a time when layoffs at publishers have become frequent.