Digiday Research: 55% of publishers are profiting off Snapchat

Publishers may have had a complicated relationship with platforms, but some are still making money off some of them. In a survey of 124 publisher executives by Digiday this May, over half of the respondents said they earned a profit by posting content to Snapchat and through Google AMP. Forty-six percent of publishers also said posting content on YouTube was profitable.

Fifty-one percent of publishers using Google AMP said it delivered a “very significant” or “extremely significant” amount of revenues while 28% said the same about Facebook. YouTube was a key revenue driver for 25% of publishers.

For those that use Google AMP, it constitutes a large part of their mobile traffic and mobile ad revenue. “If a story isn’t formatted through Google AMP, it’s essentially dead to us online,” said Samantha Melbourneweaver, audience engagement director at The Los Angeles Times, previously told Digiday. 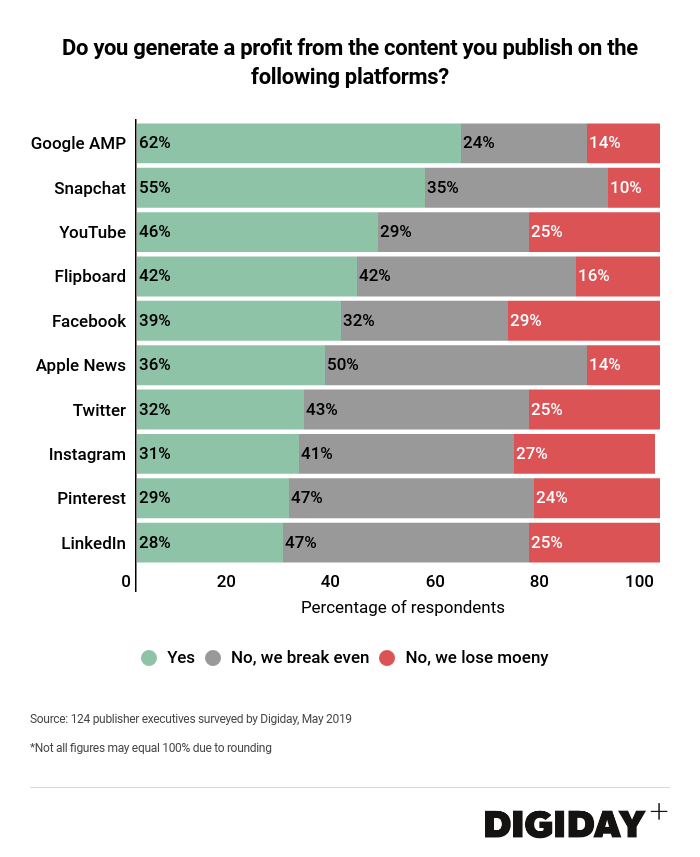 While licensing fees for Facebook Watch and Snapchat Discover shows have dissipated, both platforms along with YouTube, have allowed publishers to take a greater roll in selling video inventory on their platforms.

YouTube, in particular, has been a “straightforward partner” to work with because its policies regarding revenue sharing have been so consistent, according to Natalie Mayslich, chief financial officer and head of business development at CH Media.

Publishers are also using platforms to deliver branded content campaigns. “We sell social extensions of our on-site campaigns across Facebook, Twitter, Instagram and LinkedIn, and have seen meaningful revenue as a result of those efforts,” said Christine Roberts, director of growth at Axios. Branded content costs may be rising, but selling reach on social platforms is still working.

Publishers are also using YouTube and Facebook as a means to grow their more critical revenue products. The Score and All Def Media used their video content on YouTube to sell more subscriptions and Facebook is building tools to help sell publishers’ subscriptions. 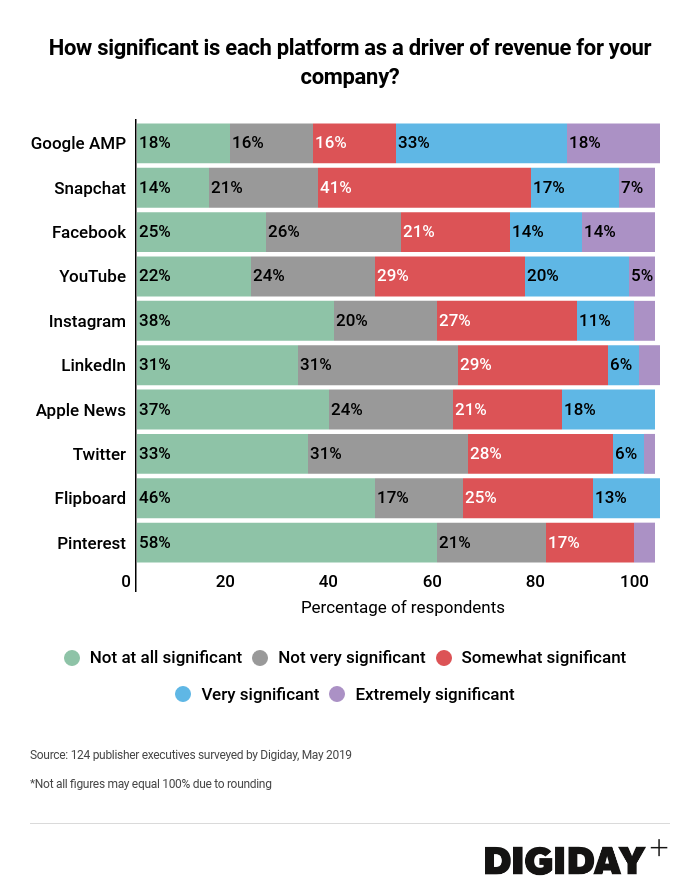