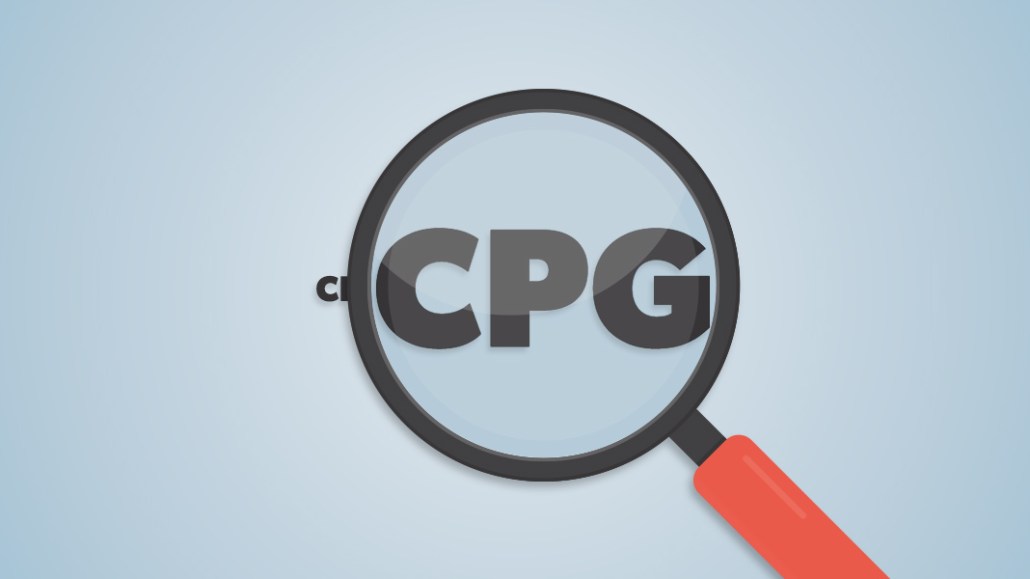 CEOs at consumer goods companies are feeling the heat from investors to deliver top-line growth, forcing them to treat marketing as a value driver rather than a cost.

Investors used to hail digital expenditure of CPG companies as an important metric for growth, said Alan Erskine, managing director at Credit Suisse, at an Advertising Association event in London on Jan. 25. But that stance has shifted amid concerns over digital ad effectiveness, the Facebook-Google duopoly and transparency, as growth in the CPG category remains elusive.

Investors are now asking whether the sector’s “cost-cutting scalpel has been cutting into muscle rather than fat,” he said. Perhaps sensitive to this, CEOs have upped pressure on senior marketers to justify their investments, as many companies in the sector abandoned their margin targets in the second half of 2017, in favor of greater investment behind top-line growth, Erskine added.

Procter & Gamble summed up the shift in its latest update to financial analysts on Jan. 23. Whereas previous updates highlighted the company’s marketing efficiency savings to the bottom line, chief financial officer Jon Moeller drew analysts’ attention to investment increases in the latest update. P&G increased ad spend by 2 percent in its last quarter, said Moeller, and further rises are planned.

The world’s largest advertiser is spending more on advertising that drives its business goals ahead of the arrival of growth-focused activist investor Nelson Peltz to its board in March.

Peltz’s influence, according to some analysts, is already being felt at P&G after it revealed it will continue to cut agency and advertising investments, even after a year of cutbacks to media and production budgets. It will reduce the 2,500 agencies by an additional 50 percent this year, the latest in a culling that dates back to 2014, when it had 6,000 agencies. The advertiser will also automate more of its media planning and take more media buying in-house. Creative talent is something P&G is prepared to pay for, said Moeller, but under “fixed and flow” arrangements that let its marketers increase and decrease spend based on performance-based models.

The need to position marketing as a growth driver to investors was also outlined in Diageo’s quarterly financial update on Jan. 25. The alcohol maker saw a 1.7 percent increase in sales on a marketing budget of £968 million ($1.4 billion) in the first half of its 2018 financial year, up from the £908 million ($1.3 billion) a year prior. CEO Ivan Menezes attributed the sales growth to Diageo’s increased spend on effective media and described the software it now uses to unearth those efficiencies. Diageo is “looking to get our pounds to work harder by driving improved effectiveness enabled by the rollout of our marketing Catalyst tool,” said Menezes.

Nearly all of Diageo’s 1,200 marketers across its global business use the Catalyst tool, which launched in 2015, to establish the right budget for each brand based on potential profit and the performance of previous marketing activities, while also determining the impact of planned campaigns. In India, for example, marketers used Catalyst for its Royal Challenge and McDowell’s No. 1 brands during the first part of its financial year and gained “well over” £1.5 million ($2.1 million) of value compared to the original plan, said Menezes.

Like P&G’s Moeller, Menezes operates in a CPG market where the investor narrative around businesses is starting to change.

The markets have shaken off the effects of “monetary uneasiness” of recent years, said economist Vicky Pryce at the same Advertising Association event. Despite the aftershocks of Brexit negotiations across Europe, a slowing U.S. economy and the death of manufacturing in China, the global economy held up in the latter half of 2017, as reflected by the International Monetary Fund’s latest predictions. The global economy is expected to grow at a rate of 3.9 percent this year, faster than the 3.7 percent in 2017, fueled by emerging markets and developing economies, according to the IMF. “After a period where it wasn’t happening, we now have synchronized growth in world trade,” Pryce added.

The difference between being asked to drive growth and shave costs to CPG advertisers is in what happens to that money. Previously, that money would have fallen into a company’s profit line, whereas now, there’s more impetus to spend it on better-performing ads.

As media trading becomes more transparent and therefore more accountable, the commercial model will favor better-quality inventory, which comes at a high cost. Some advertisers like L’Oréal and Barclays have already told agencies they’re willing to pay more for quality inventory to avoid poor viewability, risk of ad fraud and the potential to appear in unsafe environments. The prevailing wisdom appears to be this: Cuts to advertising costs aren’t over at CPG companies, but most want to spend more on what’s working. Now that a cleanup of the media supply chain is underway, those advertisers are changing what ads they buy rather than spending less on them.