Complex is branching into product development 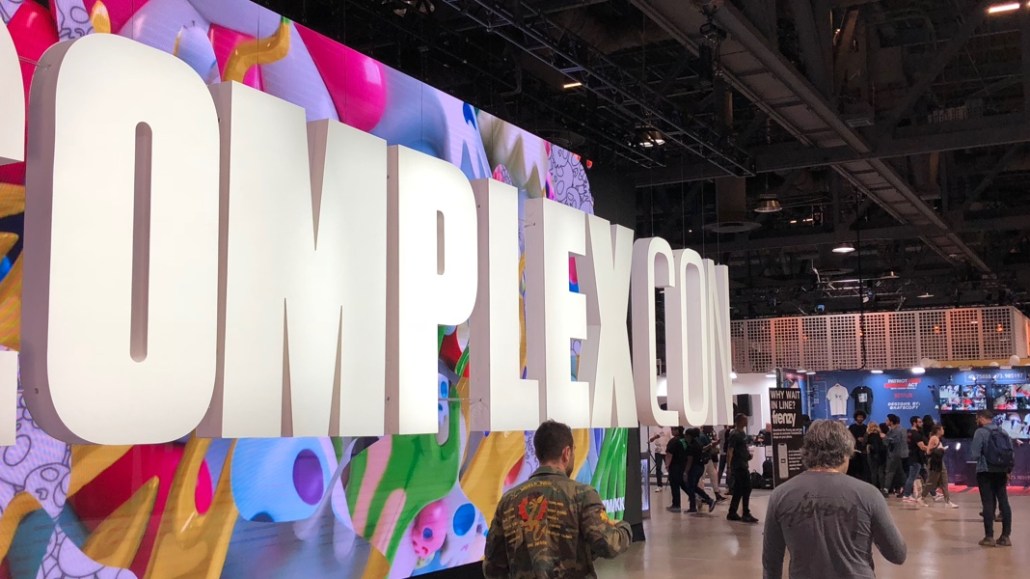 Complex Networks is often held up as a role model in digital media for its commitment to building franchises that can be multifaceted businesses. After all, not many media companies can claim to sell at least $10 million of hot sauce in a year.

Now the media company has formed a division called Climate to use that expertise in order to develop products for other companies. The division is an opportunity for Complex to extend its work with advertisers beyond being a promotional vehicle while also underscoring its position as a tastemaker for an audience of tastemakers.

Complex Networks’ chief revenue officer Edgar Hernandez described Climate as a “product development, product storytelling division” that will work with companies to create products that are meant to appeal to the media company’s audience of people interested in streetwear culture. The media company announced Climate at an event for advertisers and agencies it hosted on Nov. 2 in Long Beach, California, in connection with ComplexCon, its annual Comic-Con for streetwear aficionados. During the event, Hernandez said that Climate had been the original name of Complex but was dropped because of rights issues at the time.

Climate is a part of Complex’s expansion into different revenue streams. In addition to selling ads and sponsorships against its articles and original shows, the company makes money from producing and licensing shows for TV networks and streaming platforms, and operates a growing commerce business. Last year, content licensing, syndication and commerce accounted for 85% of the revenue generated by its food property First We Feast, which will host its first event called First We Feast Fest in 2020. Complex’s events business will further expand with an international version of ComplexCon planned for 2021.

Climate appears to be an opportunity for Complex to commingle its advertising and commerce businesses. The division will generate revenue from the consulting fees it charges companies, and its services are not expected to be bundled with any other services, according to Jonathan Hunt, evp of marketing and audience development at Complex Networks. However, in addition to developing a product with a company, Complex would be able to sell ads and sponsorships for the company to promote the product on Complex’s site, through its social accounts and within its slate of original shows. Complex could also receive a cut of the product’s sales in situations where it would share ownership of the products developed by Climate. Asked whether Complex will retain any ownership of those products, Hernandez said, “There will be opportunities for those discussions to be had.”

Complex has been working with other companies to develop products “on an ad hoc basis” and is formalizing that work through the creation of Climate, said Hernandez. This past summer Complex worked with PepsiCo’s Brisk to create a limited-edition drink designed by streetwear brand Carrots by Anwar Carrots and sold at 7-Eleven stores, said Hernandez. If people bought four cans, they gained access to an e-commerce site to purchase limited-edition apparel. In an apparent sign of the promotion’s popularity, the site crashed on the first day, he said. Complex has also worked with retailers Champs and Zen to produce separate digital video series with the companies.

Climate will be separate from the company’s division responsible for its product licensing agreements and will report to Hernandez.

Complex is in the process of interviewing candidates to lead Climate and expects to hire more employees to join the division over the next three to five months, said Hernandez. He declined to say how many people the company expects to hire for Climate because the number could increase depending on how much business it receives early on.

Complex Networks joins a growing list of media companies, including BuzzFeed and Clique Brands, that develop products for other companies. These companies aim to apply the audience insights they glean from the articles and videos they produce — and in Complex’s case, the events it hosts — to identify product details that would make people more likely to pay for one product over another.

Complex has also proven that it can help other companies sell their products to its audience. Once a year Complex hosts ComplexCon, a two-day event in Long Beach where companies like Adidas and Puma sell their wares to tens of thousands of streetwear aficionados. Last year, people spent $25 million buying sneakers, hoodies and other products from companies that hosted booths at ComplexCon; Complex does not take a cut of product sales.

This year Complex used ComplexCon to tout not only its ability to help brands push their products to its audience but also to now help them develop products for this customer base. On Nov. 2, the company hosted an upfront-style event at ComplexCon called NextFront to pitch its content and commerce business to more than 100 companies, 70% of which already do business with Complex, as well as agencies, vendors and platforms including TikTok, which had a group of employees in attendance. In addition to Climate, Complex announced a research product, Complex Collective. That product would give companies access to a panel of people who have opted in to provide feedback on anything from products to videos to Kanye West’s latest album, said Aaron Braxton, senior director of insights at Complex Networks. Complex Collective is working with Instagram on identifying youth trends, he said.

One agency exec who attended the NextFront event said they are interested in learning more about how Complex’s Climate division would be working with companies and their existing agencies. On stage during the event, Hernandez said that Complex is not trying to compete with traditional creative agencies’ or companies’ in-house talent.

Complex has been talking with companies that sponsor “Hot Ones” about co-developing products to sell in retail stores, said Hernandez. “There’s a really unique opportunity where we could potentially partner with brands longer term to think about, how do you engage this very powerful audience in a way that goes beyond just saying, ‘Hey, I’m going to sponsor this episode’? We know that audience survives past that episode,” he said.