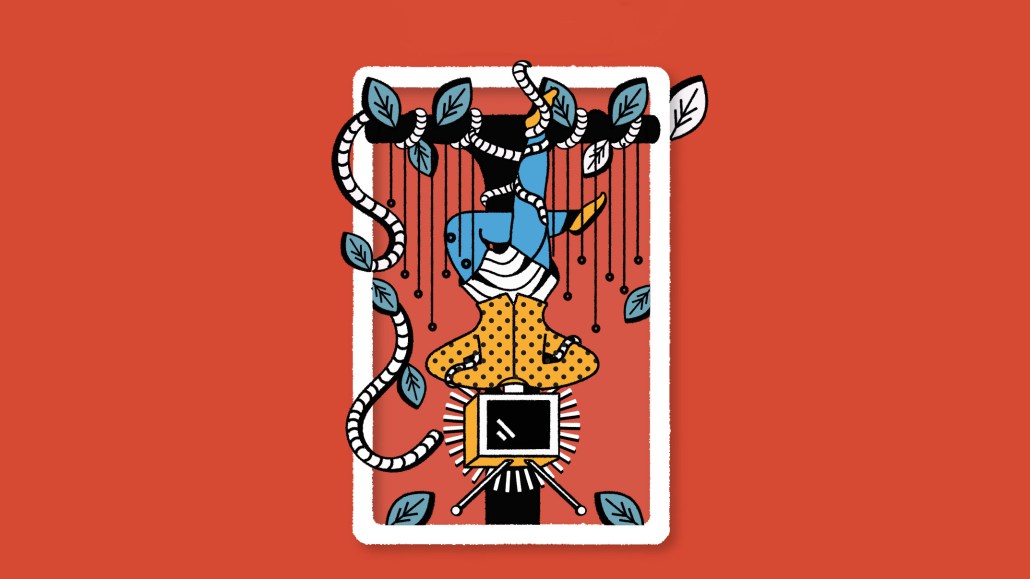 As the great cookie shakeup of 2021 pushes advertisers to invest in more contextual targeting, some of that momentum has begun to bleed into the more walled off worlds of connected TV, OTT and cross-device video.

Contextual targeting for cross-device video faces a lot of the same problems that contextual faces in other digital markets, including the lack of an agreed-upon taxonomy for content. And any push into contextual is likely to be slower and less noticeable in these markets because they aren’t facing the same pressure that digital advertisers are elsewhere; both rely on IP addresses rather than cookies for most of their targeting.

But the IP address’s long-term viability as an identifier is far from certain, and as marketers’ desire for precision continues to grow, some see contextual targeting options as an opportunity to solve one of the IP address’s biggest problems.

“If you look at it through the lens of programming, we believe context is truly king,” said Jeff Imberman, head of sales and ad strategy at Tastemade. “In the absence of cookies, the only way to get closer is through context. We’re moving very quickly toward building that ecosystem.”

Historically, contextual targeting has played an implicit role in video ad buying: An advertiser that wanted to advertise beside food content could just cut a deal with Food Network, for example, and many advertisers can buy a kind of context by targeting their ads by using genre.

“The key is that it’s not either-or, it’s yes-and,” said Dan Robbins, vp of advertiser marketing at Roku. “[Marketers] look for audience and context together.”

But as money continues to come out of linear television, the advertisers moving those budgets are now looking for more granular audiences. “People are coming to us with a very specific mandate,” Imberman said. “What they want is more specificity, going forward.

“Instead of just buying run of network, or demo,” Imberman explained, “they want 18-34 year olds who are just watching X type of content.”

Getting that level of granularity in cross-device video, especially while buying programmatically, had until recently been impossible. Contextual targeting on the open web is possible at scale because it is relatively easy to crawl a web page and analyze its written contents. Even though the methodologies used by the different contextual targeting firms vary, the basic foundation is the same: Find a sufficient number of words to determine that a page is about a topic, while also making sure the page doesn’t have any words that might suggest the page’s contents are inappropriate.

The OTT and CTV environments are very different. In addition to the differences between analyzing video and text, the libraries of content offered in CTV or OTT apps are not stored in places where contextual targeting services can access them. They are stored on apps or publishers’ content management systems, sometimes hidden away in closed platforms, such as Roku or Fire TV, which makes it harder to figure out what is available. The only information available is what the publishers are willing to share, the reverse of the dynamic that exists in digital display, for example.

As such, a lot of the contextual questions buyers ask about video right now focus more on tactics than content. “They’re more concerned with player aspects,” said Nicole Lesko, Meredith’s digital chief operating officer. “Is it viewable, in front of safe content, [does it have a good] completion rate?”

The early adopters are hoping that growing scale and availability help change that. The DSPs that offer contextual targeting automatically ingest and tag the contents of publishers’ libraries and append information such as a video’s topic, genre and other characteristics either directly tied or related to a contextual targeting taxonomy developed by the IAB Tech Lab; different publishers and DSPs offer different taxonomies.

“By the end of the year, I don’t think scale will be a problem anymore,” said Lynn Chealander, a director of product management at Xandr. “You’ve got to walk first, before you can run. And we’re just getting to walking now.”

But buyers will need to see that it works, too. And some are hoping that strong contextual strategy will help overcome one of the IP address’s greatest flaws.

“Even the most well-targeted ad at the household level might reach audiences they aren’t necessarily meant to within that household,” said Jesse Math, vp of advanced tv and video solutions at Tinuiti. “Contextual is a solve to get closer to the individual, and that individual in the right mindset.”