A boutique bodega is the next frontier for brand partnerships 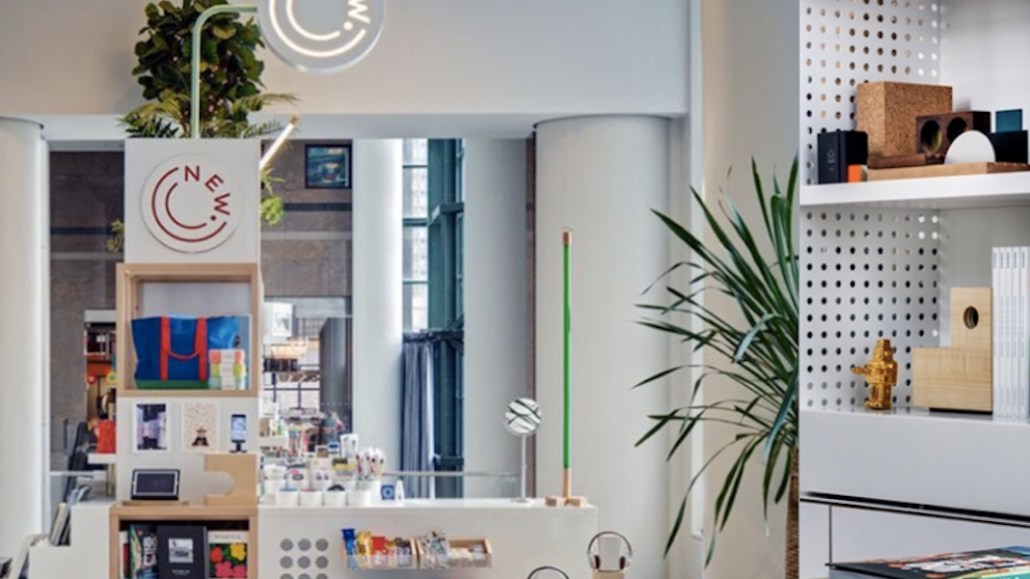 Boutique bodegas nestled in New York City’s underground subway stations — where products are as curated as an Instagram feed, and you can buy Beats headphones along with your morning coffee before paying with an app — may sound like an agency fever dream. But New Stand, started by Mother New York founder Andrew Deitchman and co-founders Lex Kendall, David Carson and George Alan, is currently expanding its network of such modern, chic newsstands throughout the city.

Between now and 2018, five new ferry routes are launching in New York, adding a total fleet of 20 ferries. Aboard each of these boats, operated by Hornblower, New Stand will set up shop, serving as the refreshment and convenience center, complete with coffee, beer and wine on tap. The ferry partnership is the latest expansion for New Stand, which can currently be found at two MTA stations (Union Square and Columbus Circle) and at Brookfield Place in Downtown Manhattan.

“We realized that convenience retail was ripe for reinvention,” said Deitchman. “This is part of people’s routines — and we can build a new, connected experience around a lot of data.”

In addition to standards like snacks, candy, drinks, medicines and umbrellas, New Stand also sells a curated selection of items that look more at home in an Urban Outfitters than an underground subway station, like adult coloring books, iPhone cases, and pineapple-shaped shakers and shot glasses. Since launching in 2015, New Stand has worked with brands like Tony Moly, Baggu, Beats by Dre and Urban Decay, the latter of which partnered with New Stand in April for a pre-release of its Basquiat collaboration.

“Some of retail’s biggest competition is no longer coming from the big-box down the street, but from a large number of smaller, more nimble players who are stealing share from larger, more traditional at-scale retailers,” said Leslie Ament, retail research lead at Deloitte. “Non-traditional competitors continue to steal share.”

A New Stand partnership is another example of brands exploring wholesale retail off the beaten path of department stores, Sephoras and standard boutiques. As products are constantly being swapped in and out at New Stand locations, Deitchman considers the stores to be “an API for physical retail,” a strategy that has shaped the way it works with brands.

Rather than relying just on products sold to make revenue, New Stand works with brands featured in its store to share revenue, or it charges a fee to brands partnering with the store to make money. (The company doesn’t share revenue figures.) Because of the way the company has designed its brand partnerships, products end up costing about 25 to 50 percent less than they would in standard retail stores.

For brands like Urban Decay and Baggu, New Stand offers big exposure and convenience to commuters. As physical retail foot traffic declines — according to AI platform LoopMe research, 80 percent of American retailers saw a drop in foot traffic in 2016 — brands are thinking outside of the box, popping up in luxury gyms and, in New Stand’s case, subway stations.

New Stand doesn’t want to be pegged as a “hipster bodega,” said Deitchman, emphasizing that the focus is on the brands it partners with. He also sees it as having life outside of New York, by taking on new brand partnerships according to market and location. New Stand’s team wouldn’t disclose plans for future locations, but Deitchman said that the company is prioritizing a quick expansion strategy.

“We want to have cool things inside, while at the same time communicating that this is a convenience store. People can rely on it to get the stuff they need,” he said. “From a brand perspective, we let them take the foreground while we take the background.”

But New Stand isn’t just relying on passerby foot traffic and convenience to draw people into its stores. The retailer has an accompanying app which stores a loyalty program — users can use the app to pay and earn points. The points — which can be redeemed in stores for products — are not only earned by purchases, but also by reading articles and listening to music, curated daily by New Stand’s team.

This way, customers are incentivized to purchase, without brand items going on sale.