Digiday Research: How digital ad-targeting methods are changing in 4 charts

Digital ad-targeting methods are being forced to undergo brutal, but necessary, changes. Much of this is due to the gradual shift away from the third-party cookie, around which the ad tech sector has until now, focused its business models. But it’s also a result of other factors: Programmatic monetization is pretty much a lost cause on Apple Safari, thanks to the browser’s anti-tracking changes known as ITP. Meanwhile, Google’s shift from second-to-first-price auctions, and the overall trend toward a more data privacy-focused ad environment, will continue to spur change to ad-targeting methods.

Here’s a look at the state of play based on Digiday research.

Last November, 78% of 87 publishers told Digiday they had seen an increase in programmatic revenues, which they attributed to the shift to first-price auctions. Given media buyers in a first-price auction must be prepared to pay what they bid in order to win an impression, (in contrast to second-price where they could make outlandish bids to secure a win, but only have to pay a penny over the second price bid), there was a window of transition required in which they had to smarten up their bidding strategies. So for a bit, publishers benefited from higher yields. 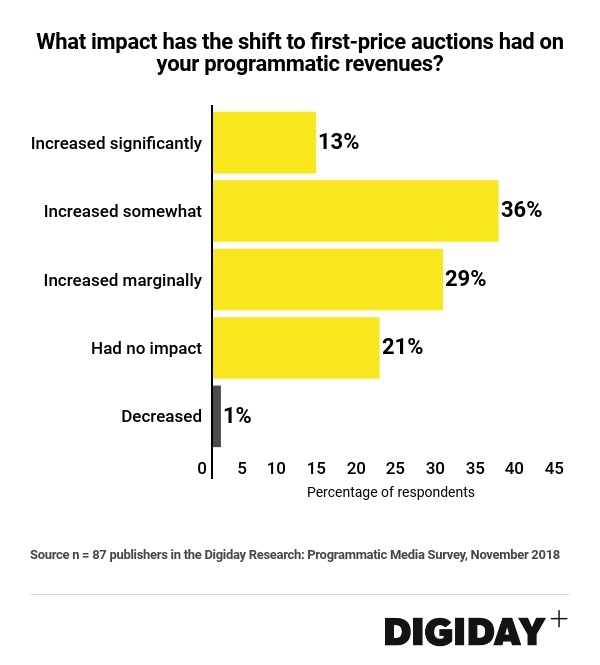 Whether that uplift continues is another matter. Supposedly to help buyers make the transition, demand-side platforms rustled up bid shading — a technique that creates a midway price point for buyers between first and second price. However, that has started to accumulate a bad rep among advertisers that have grown wary of it. Many in ad tech predict it has a short shelf life. Publishers are still peeved at the unified pricing changes Google introduced alongside its switch to first-price auctions — another factor which could see this initial ad yield bump deplete.

Behavioral targeting getting overshadowed
Forms of ad targeting are changing, spurred by the need to rely less on the third-party cookie as well as tick the regulatory box and not misuse user personal data within bid requests on open auctions. The Information Commissioner’s Office has made it pretty clear where it stands on businesses that continue to flout that condition of the General Data Protection Regulation, as they have so far. Doubt has been cast over just how much behavioral targeting which relies a lot on personal user data, has benefited anyone — specifically publishers. In June, 23% of 40 publishers polled by Digiday said their ad revenue had actually declined as a result of using behavioral ad targeting, while 45% said it hadn’t made any difference to revenues. 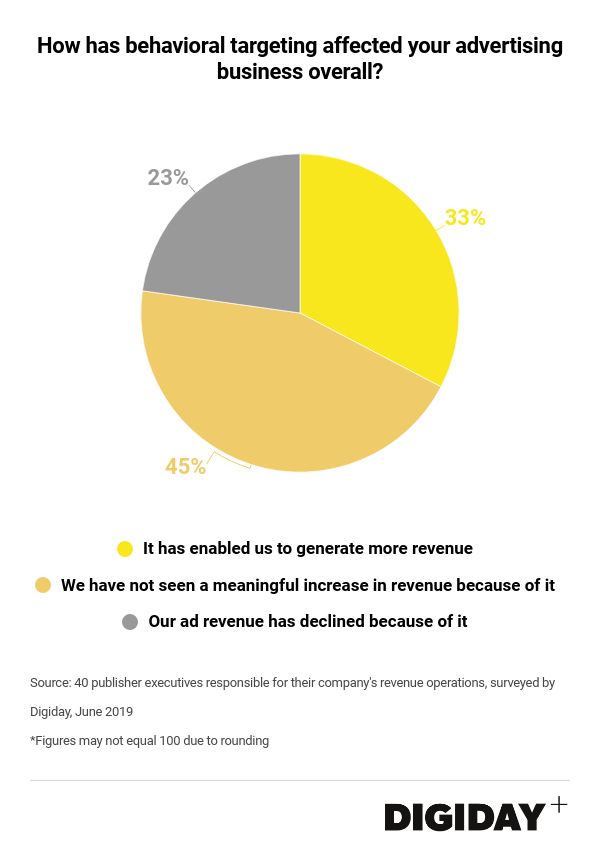 The new black: Contextual targeting and programmatic-guaranteed deals
More media buyers are pushing for next-gen precision-based contextual targeting products that can offer more granular than traditional contextual targeting has so far. Publishers like the Washington Post are looking to push fast into those areas and capitalize on the increased demand. In February, 28% of 103 publishers polled by Digiday said that they had seen an increase in contextual targeting revenue since 2018. That’s expected to continue rising as more products come to market. Meanwhile, contextual ad tech businesses, like Sizmek’s former Peer39, are getting snapped up. Peer39 sold to a group of ad industry vets for $18 million last week. 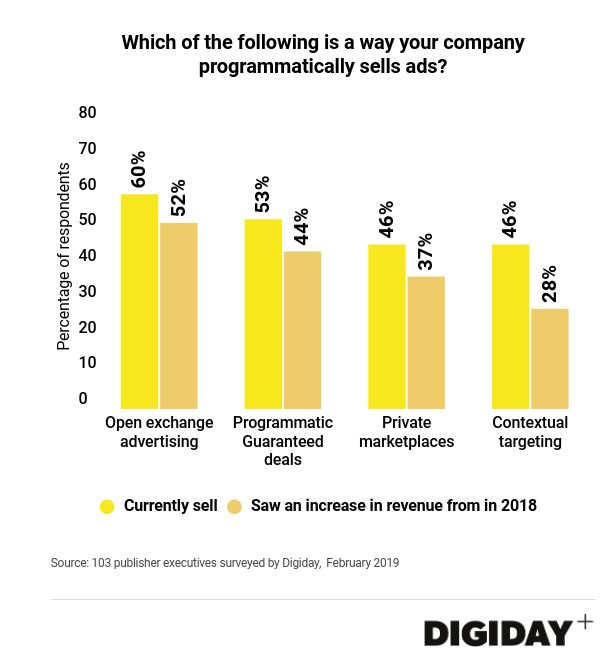 Publishers have for some months now, reported major lifts in programmatic-guaranteed deals. In February, 44% of 103 publishers said they had seen an increase in revenue from PG deals in 2018, according to Digiday research. Vice Media generated a 156% lift in revenue from this form of a deal last year, but most publishers have recorded a similar windfall. While open-exchange buying will remain important, some publishers are hoping to push buyers more toward private deals. The Guardian and The Times of London are among those to switch off or reduce the ability to buy ads on their sites via the open auction, in order to grow programmatic-guaranteed and private marketplace buying, which can provide a brand-safe security blanket to advertisers.

Spotlight on ad tech clean-up
The digital ad industry’s long-serving parasite — ad fraud — continues to eat away at marketing revenues. Fraudsters are specifically targeting burgeoning areas like ads served into over-the-top environments, including connected TV sets, and mobile apps. While progress has been made with tools such as the IAB Tech Lab’s Ads.txt and app-ads.txt tools, some ad tech vendor sources predict that it will be the more recent tools: Sellers.json and supply chain object, that will cause the biggest changes this year to ad tech vendors. Ad targeting will become less bloated with unnecessary middlemen as a result, according to ad tech vendor sources. But a tool that can stunt the progress of OTT fraud techniques like server-side ad insertion, would also be very welcome. Anti-ad fraud firm Pixalate estimates that $375 million of marketing budgets is at risk in 2019 and $500 million in 2020 as a result of OTT fraud growth. 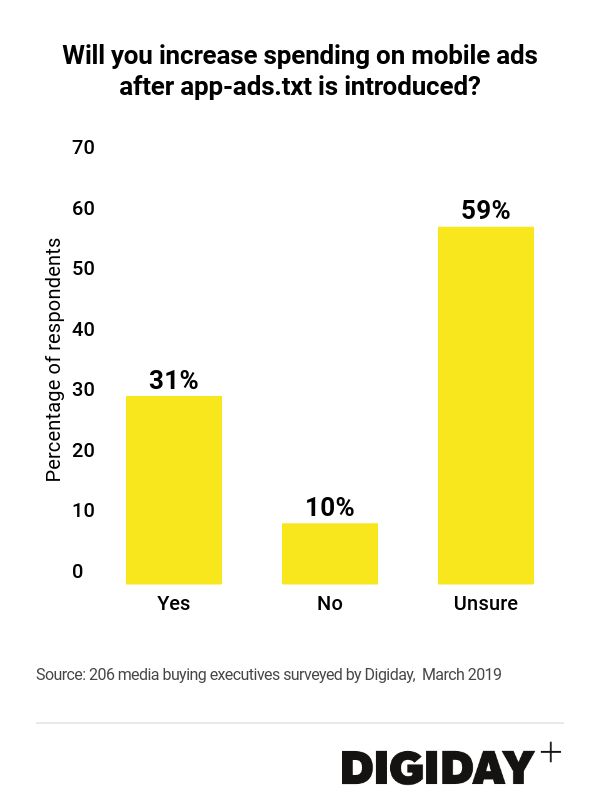