Media Buying Briefing: S4 Capital’s Sorrell, Media.Monks’ Olsen on why Accenture, not the holding companies, is their most complete rival 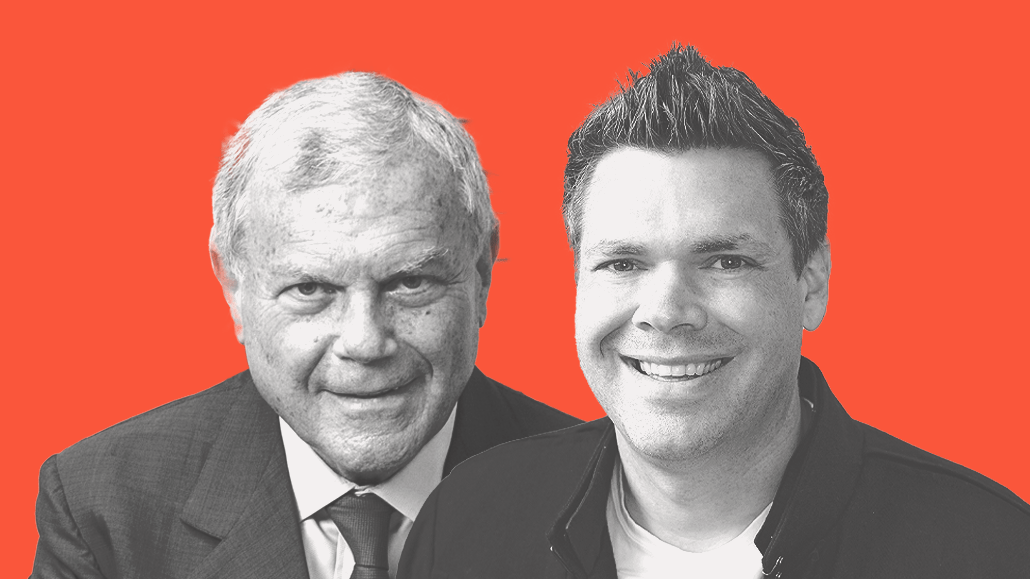 In a year that’s seen the major agency holding companies continue to deliver strong quarterly results despite economic headwinds, it’s the relative newcomers that are looking the best. Though it’s not technically a holding company, S4 Capital sits at the top end of positive results, as its Media.Monks global agency network doubles down on an all-digital future.

Run by Sir Martin Sorrell as a sort of professional revenge on his original holding company creation, WPP, which he quit in 2018 after being accused of misusing company funds, S4 Capital operates under three veins of business according to its balance sheet: content, data and digital media, and technology services.

“Unlike I guess the rest of the industry, we continue to see strong top-line [revenue] growth, for the nine months at 28%, and for [third] quarter at 29,” said Sorrell, who spoke with Digiday along with Joe Olsen, who has been chief growth officer for Media.Monks since 2018.

Sorrell and Olsen talked about who they see – and don’t see – as their competition, as well as global threats and opportunities and clients’ attitudes toward digital transformation.

The following conversation has been edited for clarity and space.

Who do you see as your competitive set?

Sorrell: We have three businesses: content, which is digital advertising content; data and analytics and digital media, which I think speaks for itself (media planning and buying, and data and analytics that drive that); and then last but not least, technology services which is really covering the third function that we talk to clients … the IT function.

So our competitive set for all three is probably Accenture. For Technology Services, it’s more Globant, EPAM, Endava, Perficient and ThoughtWorks rather than Accenture. It’s definitely not the holding companies — it’s  the bits of bits of the holding companies. It’s VML or AKQA or RGA or Wieden [& Kennedy], and then specialists like Oliver or Jellyfish.

What about Stagwell, which aspires to be digital first?

Olsen: We get compared to them a lot but it’s a different business. I feel like a lot of the time the comparison happens because Stagwell compares to themselves to us, which I really think is them just using our name to try to find a space in the business world that’s working. But I don’t consider them a competitor.

So who do you run into when you’re pitching new business?

Olsen: Like Martin said, Accenture is probably the one that I look at the most. Our business is pretty broad from a digital perspective, so we’re going to run into a lot of players … But what Accenture Song is trying to do is very similar to where we’re going. My feeling has always been that they’re coming from the top down and we’re coming from the bottom up, and we’ll meet somewhere in the middle.

Regionally, you’re spread across the globe, but APAC was your slowest area. Is that because of China’s woes?

Sorrell: Yeah. When we’ll look at the final figures for the year, they will have done well over the year, but APAC has been affected by China. But I think the lockdown will be eased in Q2 next year. The forecasts for the Chinese economy for the full year next year is about 4% actually. It’ll be a slow first half in China because it will take time for all the lockdown issues to be solved. But I think by H2 of next year, China will be back to significant growth, and 4% is very significant given the forecast for next year is 1.1.5% for the globe.

What about the rest of the regions?

And that’s where India comes in, because we’ve seen huge growth there and in Vietnam, Indonesia, the Philippines, Malaysia. Southeast Asia as a whole really become really important. India is the biggest beneficiary following uncertainty about what China’s policy in Taiwan means and the security issues.

Without naming names, another one of our clients is shifting their supply chain from Eastern Europe to Latin America. We have 3,500 people sitting in Latin America who happen to be amongst the best creative and technical technology people probably in the world.

How do you feel positioned for next year?

Sorrell: When things get difficult next year, clients will be focused on activation and performance and media measurement and media mix modeling. We’re well positioned for that.

You can argue that the world has become more activation or performance driven, that attention spans and brand promiscuity all leads consumers to switching more aggressively. Agility becomes really important and quick solutions. Not necessarily the perfect solution, but a solution that can be honed through digital media.

Olsen: The idea coming out of COVID that a lot of brands are basically entertainment brands and they’re building fans, and they’re looking at ways to maximize that fandom, is creating new opportunities for P&Ls. Which is a lot of the conversations that we’re having with clients. And as they adopt these things, and these things accelerate, they need new tools. They need new tech, they need it faster, and they need it more effectively.

Data platform Data.ai has five predictions for mobile apps and ad spending in 2023, covering gaming apps to time spent on devices. While global mobile ad spend faced some economic headwinds throughout 2022, investments are expected to grow some 7.5% year over year to surpass $300 billion in 2023. Short video apps are expected to drive ad spend for social platforms, while gaming spend will face challenges as privacy regulations become clearer. — Antoinette Siu

“There are certain companies who will be spending more and will be trying to take market share in this process. They will look for new modes of engagement by betting on the metaverse. They’ll be using strategic bets to drive people into this digital world where people are escaping these challenges we face as individuals — at an economic, emotional, and relational level, with all the things we’ve all lived through in the last few years. And they’re gonna be like, ‘Hey, we have a value proposition for you to engage with us there.’ Like Chipotle did: roll burritos in the metaverse then come on out and get them in the store.”

Chad Engelgau, CEO of Acxiom, on how some companies are handling economic uncertainty. For more of his thoughts, check out this Q&A.