‘You have to do a different way of marketing’: How Digitas’ Danisha Lomax challenges the industry’s DE&I efforts 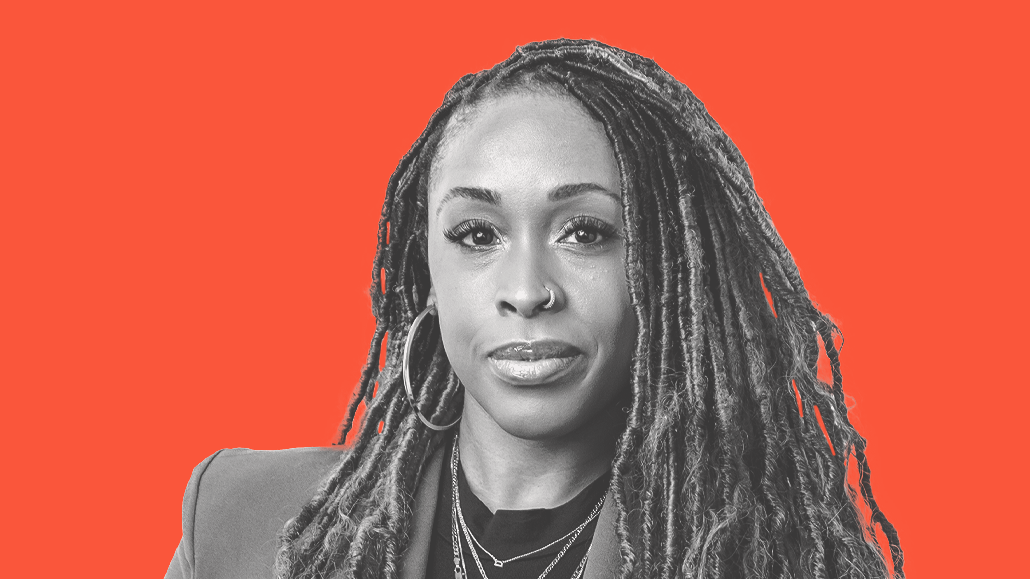 Danisha Lomax is asking creative agencies to put their money where their mouths are and maintain the diversity, equity and inclusion momentum that started two years ago. In fact, it’s her job as newly appointed evp, head of client inclusivity and impact at Digitas North America.

The 38-year-old has been at Digitas for almost five years. For the last two of those five years, she’s tasked Digitas and its clients not just with creating a seat at the proverbial table for the marginalized communities they’re trying to market to, but also with making a bigger media investment with BIPOC-owned properties.

So far, she said there’s been an increase in media investment with BIPOC-owned properties, upwards of 40% across Digitas’ clients. (She did not offer further details.)

“We are realizing that [diversity, equity and inclusion] cannot be in a separate bucket. It cannot just sit with HR,” Lomax said, adding that diversity reaches well beyond employee or business resource groups. “You actually do need dollars tied to this to be effective and that’s where the clients come in.”

It’s a conversation she started having with Digitas executives back in 2019, which in 2020 led to the establishment of the Multicultural Center of Excellence, otherwise known as McCoe or the agency’s internal DE&I consultancy. Lomax describes it as a “small and nimble team” of about 25 or so volunteers (depending on the project and volunteer availability) that work across Digitas’ media, strategy, billings and operations teams.

“We understand the business need. When we do put on our Multicultural Center of Excellence hat, we can effectively have conversations because we know where the business is going,” she said.

Simply put, instead of one seat at one table, it’s many seats at many tables to ensure inclusivity during each step of the marketing process, reminding clients how to identify and classify communities as well as create long term relationships with them.

Prior to Lomax’s arrival, Digitas’ inclusivity strategy was on an as-needed basis, meaning that it was prioritized when the client asked for it, instead of being an integral part of the the agency’s work, said Lisa Torres, president of multicultural practice at Publicis Media, the agency’s holding company.

“She was extremely intelligent, curious, open and wanted to find ways to be more inclusive,” Torres said. “Digitas at the time had nothing.”

That’s not to say the agency was intentionally non-inclusive. Lomax herself said a lot of the groundwork for the McCoe was laid in Digitas’ employee and business resource groups. From an employee retention perspective, it worked. But like so many other agencies prior to 2020, there was no dedicated, client-facing DE&I practice. It was prioritized only when the client asked about it, per Torres. It took some convincing of higher ups, but the summer of 2020’s push to inclusivity lended their efforts some momentum.

“The last two years have changed the trajectory of cultural marketing for everyone,” Torres said. “It became more on the front-end than the back-end, less bolted on more integrated to the business at hand.”

Some of the biggest work to come out of Lomax’s efforts was Sephora’s Beauty of Blackness campaign and documentary. Even before partnering with Digitas’ McCoe, diversity was already an initiative at the beauty brand as it was one of the first major companies to commit to the 15 Percent Pledge, in which 15% of its inventory would be dedicated to products from Black-owned businesses. Partnering with Digitas and the McCoe practice only strengthened those efforts and showcased its evolution toward becoming a home to more inclusive, clean products.

“Danisha was one of the voices who helped us understand how important this brand is to the Black community, to Black culture and to the beauty industry overall, and brainstorm with us how he could tell that story in a way that was totally new and different,” said Abigail Jacobs, svp of brand and integrated marketing at Sephora.

Across the advertising industry, the need for inclusivity went from a conversational talking point to a business priority in 2020, during the height of the Black Lives Matter movement and calls for social justice. Agencies, brands and corporations alike denounced racial bias, promising to do better by investing ad dollars in Black media, hiring people of color and creating more inclusive campaigns. (Read more on that here and here.)

“Today, agencies are establishing internal multicultural creative advisory groups that address and provide assurance of inclusivity within the work,” Tahlisha Williams, evp of talent, equity and learning solutions at the 4A’s, said in an emailed statement to Digiday. For example, some of those efforts include incorporating DE&I leadership into briefings and creative reviews, designing and implementing a culturally specific assessment tool, launching framework for DE&I expectations or establishing internal multicultural creative advisory groups, like how Digitas has done with the McCoe.

Unfortunately, the industry’s good hasn’t been good enough with some agencies releasing updates to their diversity data with mediocre results. Black creatives have said progress in the industry is stalling and conversations around DE&I are fizzling out, per previous Digiday reporting.

It’s one of the challenges Lomax said her and her team will continue to face going forward, constantly reminding clients of their commitments. “That repetition is still a little bit of a challenge: Reminding teams that briefs need to come in and that don’t just say general market,” she said. “Some of those challenges, just because of the nature of the industry, they’re so baked in, are things that we’re still working through today.”

That being said, there’s still a lot of work to be done. But Lomax is hopeful with plans already in place for 2023. (She did not disclose further details.) As a mom of two, she has to be hopeful, she said.

“I really want them to be able to live in a future that looks different,” she said. “I want them to see their mom helping reimagine the future.”