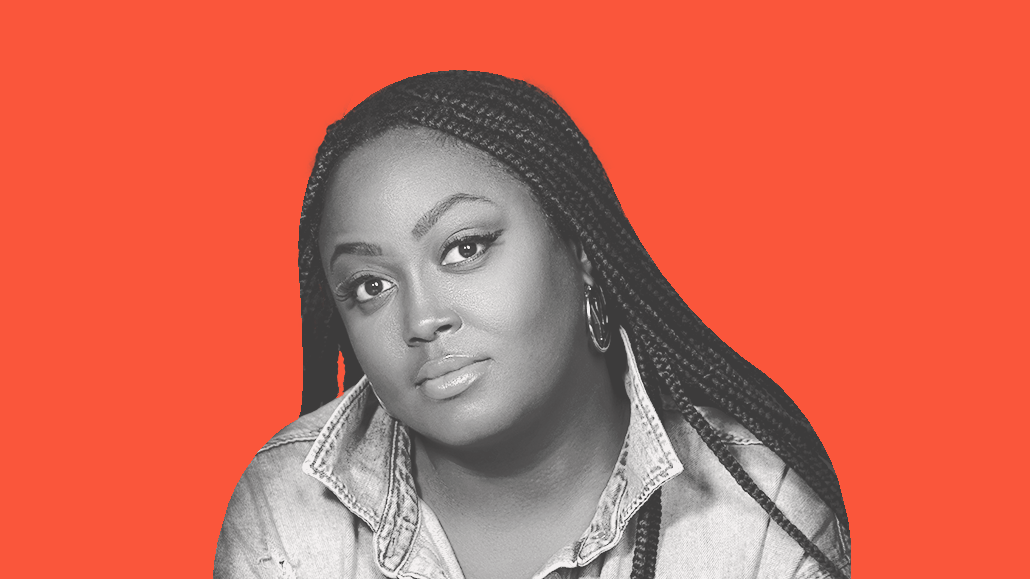 Over the last two years, calls for diversity, equity and inclusion throughout the advertising industry have seemingly gone from a fever pitch to a dull roar. In response to the height of the Black Lives Matter movement and the push for social justice, advertising agencies prioritized hiring diverse talent, and hiring DE&I leads to hold themselves accountable. Many made pledges and promises to report those talent numbers annually. But, according to one DE&I lead, diversity statistics alone aren’t enough.

“Where we left off in 2020, the major conversation was about data,” said Kai Deveraux Lawson, svp of diversity, equity and inclusion for Dentsu Creative in the Americas. “However, the challenge with only focusing on data is that it doesn’t tell the full story of what inclusion and equity actually looks like within an organization.”

Digiday caught up with Deveraux to talk about her work at Dentsu Creative, what qualitative measurement looks like and why conversations about diversity need more nuance.

When you say agency DE&I statistics don’t tell the full story, what do you mean by that?

When we talk about representation, we’re oftentimes ignoring the fact that not everybody wants to self-identify, wants to candidly out themselves. Whether it be because they identify as having a disability, within a particular racial or ethnic community or want to identify their LGBTQ community identity. A lot of the time, the numbers we are able to share within organizations aren’t necessarily accurate, indicative of whether or not someone actually wants to talk about who they are.

So there’s a lack of nuance in reporting? Why do you think that is?

Because it is so complex. The reality is DE&I is not the catch-all for friendliness in the workplace. DE&I has a lot to do with our behaviors, personal experiences, trauma and how we perceive personal experiences. It’s so complex that it requires a lot of thought, studying [and] patience. I don’t think a lot of people make time, have time or emotional capacity to sit with the heaviness of what all of this means. That translates to what’s the easiest headline, and the headline is everybody was mad in 2020 about numbers. So, we’re only going to report about DE&I  numbers.

What are some of the things you’ve done at Dentsu Creative to help change the narrative around DE&I?

One of the first things that we started doing internally was we launched our internal creative review counsel. It’s our way of quality, culturally controlling the work before it goes out to the clients. We call it cultural fluency, internally. That’s our way of making sure that we’re speaking to what we are producing in a way that makes sense to our audience, but also can can can be heard by our marketers. [With the] FTX Super Bowl spot, we were able to partner the creative review council, creative team, production and media teams and impact the work — going as far as to add feedback about what other innovators that weren’t men and weren’t white. We were able to partner with the creative team to add in a scene with Katherine Johnson, [one of the first African-American women to work as a NASA scientist].

Since 2020, DE&I executives went from reporting to the human resource department to reporting directly to the CEO, including you. What has that meant for your role?

It completely shifts the priorities, access and people who are able to hear your voice. My own personal critique before transitioning into DE&I full time was that DE&I felt very surface level. It was primarily focused on setting up business resource groups. The primary partnership was between HR lead and diversity leader. That’s only one facet of the business. It’s now HR, finance, client, talent, all of these things, not just laddering into one one source of accountability. It also allows for more transparent conversations about what you need, gets you directly to the source.

So what’s the resolve? How else can we measure changes in diversity without relying on numbers?

From my perspective, there are tons of other ways to determine where the opportunities are for more inclusion in a workplace that don’t necessarily have to be tied to our EEOC [Equal Employment Opportunity Commission], self-counted or self-identification numbers. For me, what is more indicative of whether or not an agency is doing well has to do a lot with how the people are feeling, how they are engaging. Your inclusion within your workplace is not indicative of how many people you have. People will still tell you they’re not seeing themselves in the meetings and they’re 100% right because it’s more than just a [key performance indicator]. It’s literally the qualitative experience.

My pushback continues to be, the numbers can be helpful. The numbers are going to inform us about what we need to be paying attention [to]. The numbers aren’t going to tell us whether or not people are feeling like they’re being treated fairly on a team, if people feel like their voices are heard when they’re advocating for more equitable practices in the work. Those, to me, are the pieces that make the day-to-day job more bearable. And those are not the things that we’ve been paying attention to. The last two years were just knowing how many people you’ve got.