Why Robinhood is launching a social network 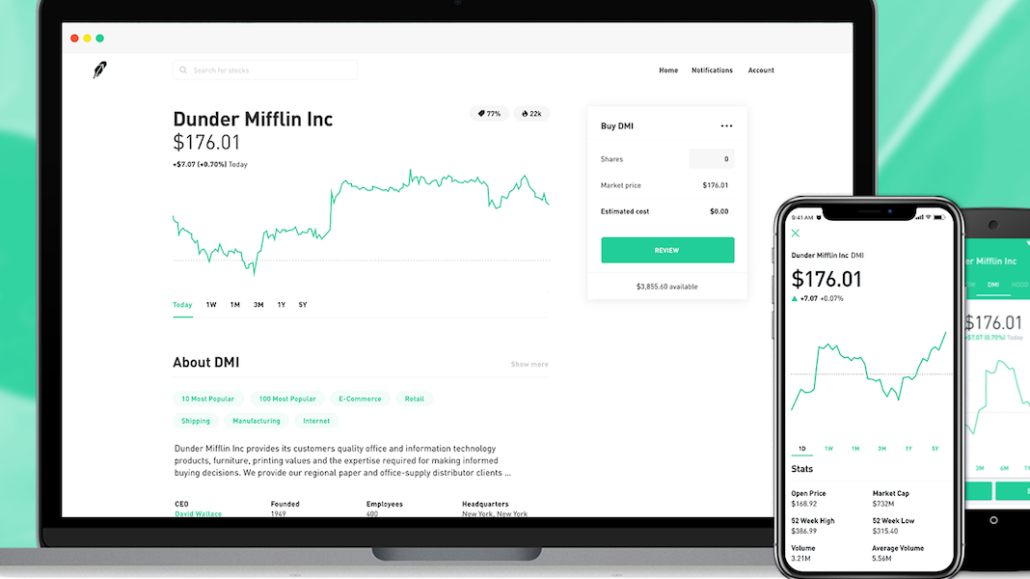 Robinhood is bringing investing under the social finance umbrella.

The company behind the popular trading app launched a web platform Wednesday to help to deliver the second part of its mission to make stock trading accessible to everyday people: help them make more informed decisions. It’s adding tools, features and information on other users’ activity that makes the experience feel more like a social network.

Robinhood, which launched in 2013, says it has crossed 3 million users as of Wednesday and more than $100 billion in transaction volume with about 100 employees, according to co-CEO Baiju Bhatt. By comparison, the 42-year-old TD Ameritrade has 11 million funded accounts and more than 10,000 employees as of this September; E-Trade, 35 years old, reported 3.5 million accounts by the end of last year with some 3,600 employees. Robinhood users have saved more than $1 billion in commission fees (typically $7 per transaction) using the fee-free app, Bhatt said.