Online retailers are competing to win over hot new designers 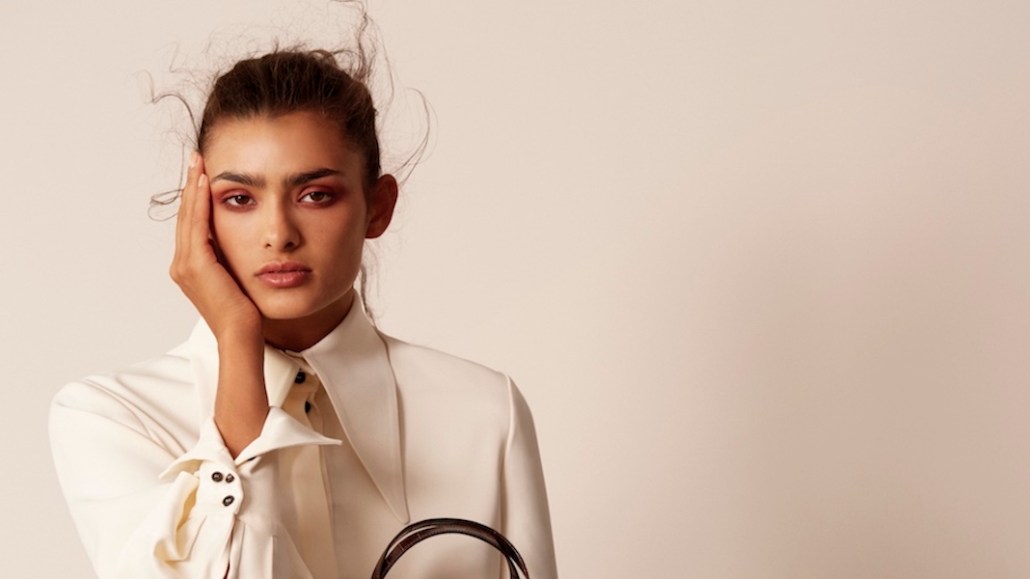 Emerging designers, particularly those who have built up social media followings, are now seen as keys that can unlock a new customer for the retailers that carry them. Online retailers like Net-a-Porter, MatchesFashion, Moda Operandi and the e-commerce sites of luxury department stores are competing on newness, exclusivity and an ability to discover the next big names in fashion, to give customers a reason to shop there and to keep coming back.

On Thursday, Net-a-Porter launched a new program called “The Vanguard,” offering a rotating pool of designers access to a guided mentorship program led by Net-a-Porter executives and team members. It entails business strategy and marketing support, social media production, PR and technology resources. In exchange, the designers will sell their collections exclusively through Net-a-Porter. The first four designers to participate in The Vanguard are Les Reveries, Ruh, Gu_de and Martinez. All the brands are international, which speaks to Net-a-Porter’s ongoing mission to attract a global customer, and some speak to emerging customer trends: Ruh, for instance, is a sustainable clothing brand for modest apparel targeting Muslim consumers, while Gu_de is a locally made, Korean-based handbag brand.

“The Net-a-Porter buying team selects brands based on design and directional brand perspective. We pursue brands that we believe have the potential to grow into meaningful businesses,” said Lisa Aiken, Net-a-Porter’s retail fashion director. “With social media, we’re seeing new brands make a larger impact in fashion within a shorter period of time.”

“You have to take care of luxury customers, especially online,” said Ken Morris, principal analyst at Boston Retail Partners. “They want to feel like they’re being catered to, like they’re unique, like they’re in on something other people aren’t. Exclusive collections from up-and-coming designers is a differentiator.”

Other sites have launched similar initiatives to highlight young talent. Neiman Marcus launched “The Luxe Lab” in 2017, a shop-in-shop online and in a handful of physical stores that spotlighted designers Neiman Marcus’s buying team thought were innovative and outside the norm, like Simone Rocha and Nour Hammour. Some, but not all, of the pieces in the collection were exclusives. MatchesFashion has an “Innovator Lab,” which carries one-of-a-kind pieces from emerging designers that work with non-traditional fabrics and means of design. The retailer also has an internal data program set up that sends real-time sales feedback to its brands, which head of menswear Damien Paul said is a particularly strong benefit for small designers looking to build up their businesses.

“We wouldn’t get anywhere without being transparent with our brands. The new brand we’re making a $30,000 buy with this year may be the brand we’re making a $1 million buy with next year,” said Paul. “So we have to be aware what the feedback we give them is worth in the long term, because it’s also worth it for us.”

Thanks to e-commerce and social media, the bar is lower for new designers to enter the market. That also means it’s become far more competitive, and the cost of acquiring customers to direct channels online has continued to climb. While designer brands may attract cult-like followers on social media, they’re competing in the new brand space against flashier, tech-infused direct-to-consumer startups that oftentimes sell their business model right alongside product, making them more attractive to investors, which in turn pad them with cash to scale faster.

“There’s so much noise that, as a young brand, the most important thing you can do is be wise with your budget and your finances,” said designer Audra Noyes. “Building relationships with the right buyers, partners and influencers is how to scale, not flash-in-the-pan marketing. That applies to wholesale and fashion week, and everything that I do.”

At the same time, wholesale retailers have still had to win back the trust of brands seeing them as lacking a point of view or relying too heavily on promotions. So, they’re presenting brands with a more equal-footing, exchange-based relationship. With The Vanguard, Net-a-Porter is not just giving these young brands exposure by selling them alongside well-known designers on its site, it’s also opening up access to resources like the Yoox Net-a-Porter Tech Hub and prioritizing their promotion across the retailer’s marketing channels. While Net-a-Porter will have no financial stake in their businesses, it will be the only retailer selling the designers’ collections until they’re no longer in The Vanguard program.

Moda Operandi launched a similarly modeled incubator program for new designers last year, called “The Platform,” which helped emerging designers with marketing, forecasting and planning advice. In exchange, the designers in the incubator can only sell online through Moda Operandi. (They can have brick-and-mortar partnerships at the same time).

“Emerging designers have to face big challenges with production and logistics. In a saturated fashion industry, [you also] have to create a cohesive brand image, thoughtful storytelling, art direction and imagery like big brands do, but with very limited budgets, which is a challenge,” said Souliers Martinez designer Julien Martinez. “Net-a-Porter’s teams have been helpful.”