No longer a one-off: How pop-ups became part of retailers’ core strategy 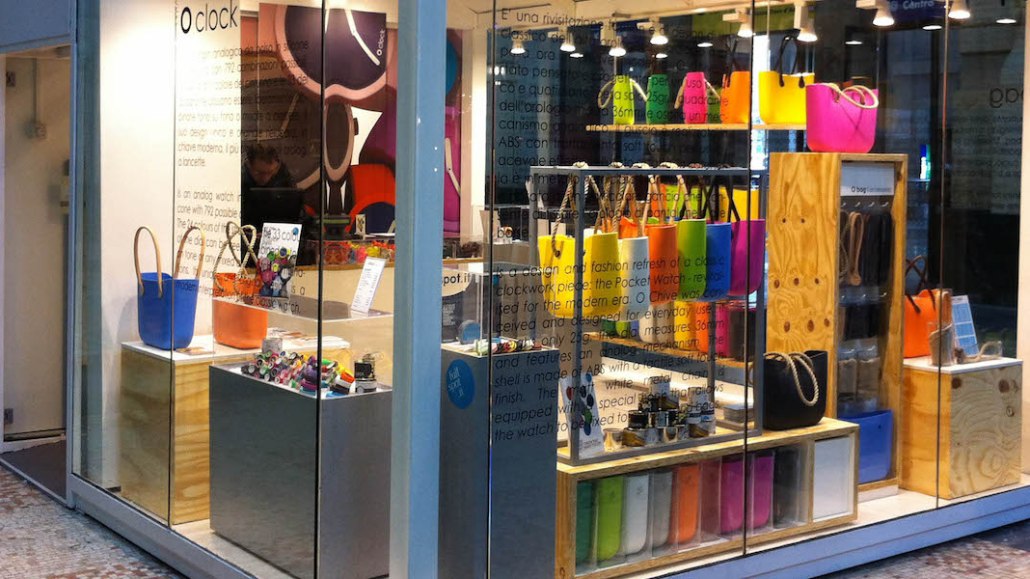 Online retailer The Flex Company, which makes a disc-shaped tampon alternative, is opening its first pop-up store on Thursday on Wooster Street in New York City’s SoHo neighborhood. There, visitors can purchase Flex products and learn more about the history of menstrual products. Lauren Schulte, the company’s co-founder and CEO, hopes the pop-up store can help propound the notion that menstruation is a normal part of a woman’s life, and feminine care products can be sold outside the back aisles of a drugstore.

Like Flex, more and more retailers — big and small — are seeking a brick-and-mortar presence in the form of a pop-up store, and the focus of these temporary shops is shifting from sales to brand experience.

For instance, Arianna Huffington’s initiative Thrive Global partnered with agency The Lionesque Group to run a pop-up store in SoHo for six weeks during the last holiday season, where Thrive Global showcased some of its products like non-pharmacological sleep aids and high-end sleepwear. Aside from startups, technology conglomerates like Google and Samsung have also set up pop-up stores in SoHo to let visitors play with their gadgets. Even media companies like Bleacher Report have dabbled in pop-ups.

Pop-up stores have merits: Retailers do not need to sign long leases or carry big credit lines, while consumers can experiment with new products or services in person, which cannot be done online. Pop-ups are a decade-old retail concept, but one of the biggest ways they have evolved over the years is becoming part of a core retail strategy for many brands rather than serving as a one-off product launch activity, said Philippe Pinatel, president and chief operating officer for Birchbox.

“Pop-up is not the next frontier of retail, but it is one of the options for a new brand, especially [e-commerce companies], to meet its customers or improve top-of-funnel efforts,” he said.

The way retailers evaluate their fleeting boutiques is also changing: Pop-ups were first created mainly for sales, like trunk shows, but now, most are designed to tell a brand story or deliver a brand experience, according to agency and brand executives interviewed for this article.

One big driver of this ongoing pop-up trend, said Pinatel, is that retailers now expect less square footage for their permanent stores in the U.S., and for a startup, it might not be the right time to deploy capital into an aggressive store expansion.

“The landscape is changing rapidly when it comes to where to have stores and what kind of stores,” he said. “In this context, pop-ups and short-term leases are an interesting way to test different types of experiences and meet our community without creating an exposure to an asset that could turn out to be risky.”

The cost of pop-up stores varies. Melissa Gonzalez, chief pop-up architect for retail agency The Lionesque Group, said a pop-up can cost from between $20,000 and $30,000 per month to up to $300,000 for a higher-end design aesthetic and marketing spend. Rental rates in New York City for pop-ups usually range $200-$400 per square foot (and sometimes can reach up to $600), and staffing is typically around $30 per hour, according to Gonzalez.

“Design can range greatly depending on aesthetic. We have helped brands with a $10,000 design budget and others with an $80,000 to $100,000 design budget,” she said. “Other line items can be influenced by current conditions of the space and unique brand needs. It would be more expensive if we need to bring in a plumber or electrician, for instance.”

Cost aside, the real estate community is also becoming more receptive to the idea of pop-ups because many major retailers are closing stores, and the rental market shows no love for landlords. For instance, in the first three months of this year, asking rent for retail space in trendy SoHo experienced the largest year-over-year drop ever — 12 percent to $488 per square foot, according to real estate company Cushman & Wakefield’s 2017 report on retail in Manhattan.

Companies like Bulletin, which leases retail space to brands on a monthly subscription basis and helps retailers set up stores, also make it easier for retailers to secure a short-term lease. “The process of securing a short-term commercial lease a couple years ago likely would have been enough to turn us away from the idea,” said Schulte. “But we’re in the era of on-demand apps, and pop-up retail space is no different. We partnered with Bulletin on our Soho pop-up.”

No matter how cheap a pop-up might be compared to a permanent location, retailers still incur a cost to set one up. But many don’t measure the return on investment of their pop-ups by sales. “More and more, pop-up stores are not just selling things, but more about brand experience,” said Claudia Strauss, CEO of agency Grey’s Activation & PR group. “You’d measure sales, but pop-ups are also a huge source of earned media. We are seeing our clients increasingly use influencers on their pop-up stores to generate Instagram-worthy content, for instance.”

Sabrina Riddle, co-founder of hair-color brand Madison Reed, echoed this sentiment. Her company opened its first pop-up color bar for six months in New York City’s Flatiron district in January as a test bed, and now it plans to open a permanent color bar in the same neighborhood in August.

“Our pop-up was profitable. But we’d still be happy if it was break even,” said Riddle, “because there are other things that are valuable for us: We had some membership sign-ups that generate recurring revenue for us in the future, and we had brand exposure and PR promotion, for example.”

In the case of Flex, its pop-up shop is more mission-driven. “It has been ingrained in us to be embarrassed to be seen with a product that we intimately need and use every month, and shopping for said product is no different,” said Schulte. “We wanted to face the social stigma head-on by taking over a high-traffic SoHo storefront window.”