How Maxus is training its media planners in creativity 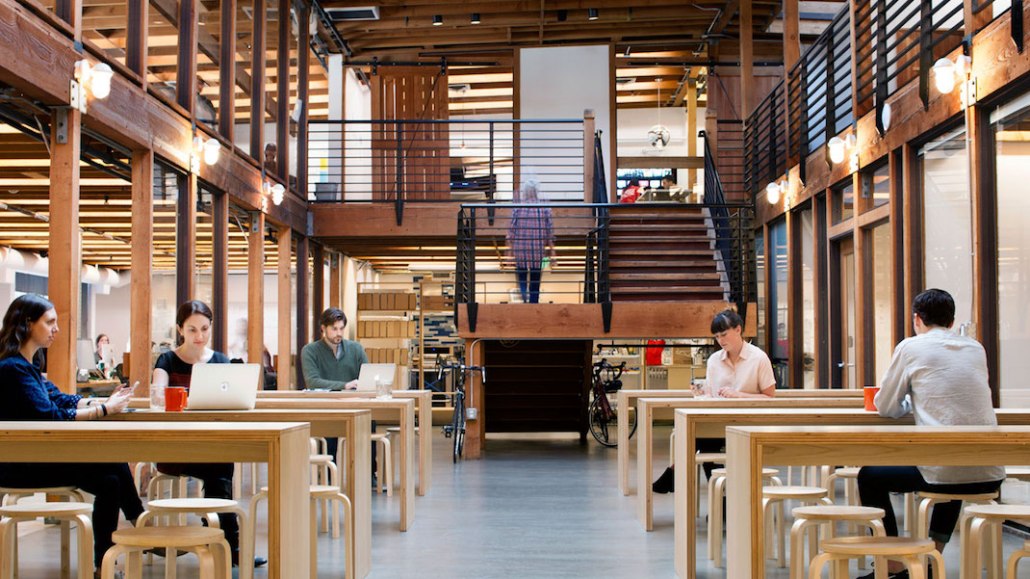 As media buying becomes more commoditized and less differentiated, communications planning — a discipline that uses data insights to help a client figure out brand positioning and media channels– is now a hot battleground for media agencies.

For Maxus, that means motivating its media planners to get out of their comfort zone and learn how to develop creative ideas for the likes of Panera Bread, NBCUniversal and Church & Dwight.

“We don’t want to solely be a distribution shop. We are the youngest in the [GroupM] family so we need to do something interesting and different,” said Steve Williams, CEO for Maxus’ North American operations. “We figured that it is easier to teach media people about creative than the other way around.”

Maxus doesn’t plan to get into content production like videos or TV commercials. That remains creative agencies’ territory. But the media agency does want to increase its value to clients. For instance, previously, a client would typically brief Maxus on what a campaign should look like and the agency would only be responsible to buy media at a good price. But now, Maxus doesn’t ask for a brief. The client just needs to tell the agency how it wants the business to grow and what demographics it wants to reach. Maxus will take care of the rest. (One of its biggest successes is the “Worth the Wrinkle” campaign for Clarins, where Maxus came up with the concept and strategy.)

“We will furnish the brand with what is going on in its category,” said David Gaines, chief planning officer for Maxus. “Communications planning is not revolutionary for the industry but we need to push it harder here in the U.S., because creative and media are very siloed.”

Maxus doesn’t intend to take planning away from creative shops though. Gaines thinks that the creative team can focus on what the story idea is, while Maxus can focus on how to deliver that idea. “And we can mold that to what behavioral indicators and context tell us rather than only focus on reach,” he said.

Communications planning now takes a bigger portion of clients budgets. At agencies, where there was creative and execution, more and more attention is given to communications planning, or “strategy.” For some, it’s a way to add more analytical data to the process. But critics say it just creates a circle of information, where nothing ever gets made. But Maxus’ win rate doubled to 60 percent this year and communications planning helped the shop win 80 percent of those pitches.

There are over 270 media planners and 52 communications planners at Maxus. Coaching is not an easy task. While media planners are good at data analytics, they don’t get used to distilling things that they have learned from data into clear opinions.

“It is a cultural revolution at Maxus,” said Gaines. “I often tell my team that if I ask you ‘How was your weekend?’ you would know. By the same token, you can tell the client what you found from the data.”

Part of the training is a book club where people meet once a month, read a book and tell others what they have learned from the excerpts. Gaines and Williams have also been attending the first round of job interviews for junior positions so they know if candidates have the potential to do communications planning going forward.

“Not every media planner feels comfortable talking about communications strategy in a pitch meeting, but we have definitely developed cohorts,” said Gaines.

From communications planning to artificial intelligence to business consulting, agencies can always repackage their services and offer whatever they will get paid for. Most large media agencies have had a communications planning function for a while — it is either the flagship strategy product or offered under different names like “strategy” or “account planning,” according to Brian Wieser, senior research analyst for Pivotal.

“Maxus is a relatively new agency, so it is a different situation for the shop,” said Wieser. “There can be differentiation in tools and processes, but agencies are typically best able to differentiate themselves for a given client through the people they put on pitches and accounts.”

Gaines agreed that the real differentiator is its employees. “People would not say ‘Look, Maxus is big because of communications planning,” he said. “But we do want to foster better thinking and better development of ideas across the agency.”