How Glossier uses data to make content and commerce work 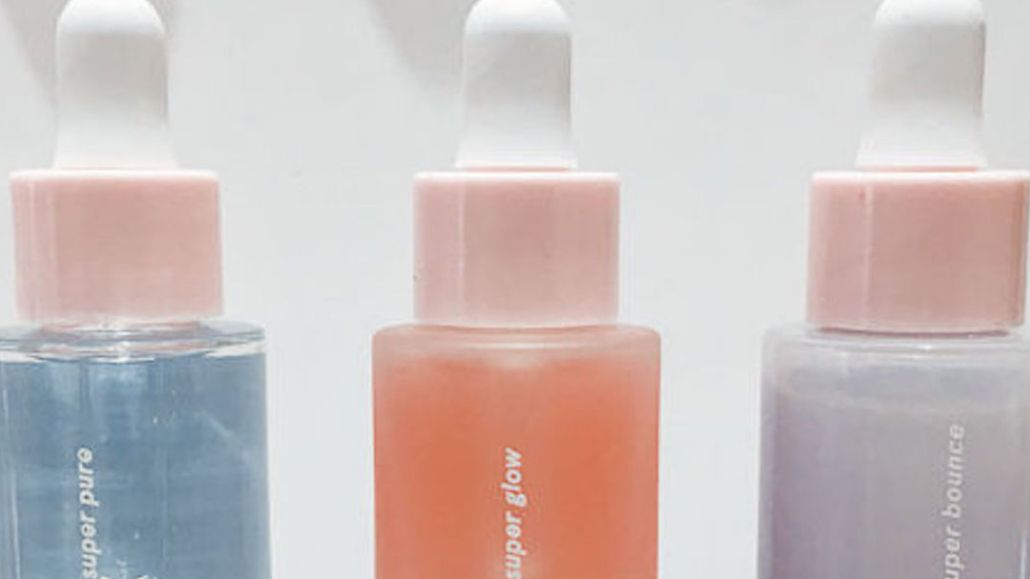 When Glossier launched in 2014 with a small collection of skin-care products, the team assumed that readers of the blog that spawned the brand, Into the Gloss, would flock to purchase the new products.

“The hypothesis at the time was that it would be really easy to convert these readers to shoppers. That wasn’t really the case,” said Bryan Mahoney, Glossier’s chief technology officer. “Glossier developed its own following, but it wasn’t exactly what we had planned for. So then, we had to focus on bringing the properties closer together and be explicitly clear about their relationship.”

Over the past three years, Glossier and Into the Gloss have traced behavioral customer and audience data across the two properties in order to better position its readers to become shoppers, and vice-versa. The most clear relationship between the two is found in Into the Gloss’s vocal community of commenters, who have provided inspiration for several product launches. When launching the Milky Jelly Cleanser, founder Emily Weiss kicked off the production process by asking readers what properties their dream cleanser would have, and then the team dug through the 381 responses to distill what their readers were looking for. A similar method helped form inspiration for its addition of serums and a sunscreen.

But Mahoney needed a way to track the users who visited Into the Gloss, but weren’t active commenters (typical posts receive around 150 comments). The company found that people who read Into the Gloss are 40 percent more likely to purchase products than people who only visit Glossier. So, it’s turned its attention to building a better connection between its content and product businesses, as the overall company prepares itself for a growth spurt.

In April, Glossier announced it would be adding 282 jobs in 2017 and moving to a bigger headquarters in New York. The expansion is funded, in part, by $3 million in performance-based tax credits provided by New York’s Economic State Development, an initiative to help promising young companies create new job opportunities. In venture capital funding, Glossier has raised $34 million in three rounds. While it doesn’t disclose specific figures, it reported a 600 percent revenue increase in 2016 and said it was on track to mimic that growth this year.

To drive such growth, the company is using customer data platform Segment’s cross-domain analytics tool to connect the dots of movement around and across Glossier.com and IntotheGloss.com.

“The problem Glossier is facing today is figuring out how people go from the community site to buying on the e-commerce site,” said Segment CEO Peter Reinhardt. “They need some way of tracking the identities visiting the site in order to know what audiences are doing and where. And when you do that with third-party cookies, you’re facing data discrepancies.”

Previously, Glossier had relied on third-party cookies to track customer behavior as well as acquire new customers. While it hasn’t totally eliminated its use of third-party cookies, which are blocked by 60 to 70 percent of browsers according to Segment, cross-domain analytics have replaced their use in connecting the dots between customers who visit both Into the Gloss and Glossier.

“We’re giving up the exposure of Glossier across a wide network of sites and dependency on third-party cookies, and doubling down on richer data that strictly controls the content she’s seeing, with our discretion,” said Mahoney. “This opens the door to things like machine learning: We can identify patterns and then change things around in order to get someone through checkout.”

For example, Glossier has noticed a frequent customer behavioral pattern: An Into the Gloss reader will open an article on mobile, click a link to shop a Glossier product mentioned in the article, add it to the mobile cart and then move to desktop to finish the transaction. It’s now using its new database to follow that pattern, and link the user across sites on both mobile and desktop.

Beyond driving conversion, Mahoney said that he plans to see lower product return rates and increased blog readership. When the company releases a mobile app, it will be able to track behavior there, too. He said the company also eventually plans to use the technology to automate how it processes the qualitative data that has so far helped shape Into the Gloss coverage and Glossier product development. Right now, data analysts manually parse through comments left on articles, social media, user-generated content posts and product pages. Mahoney acknowledged that this isn’t scalable.

“As we get more familiar with the technology, we’ll automate that through machine learning, and that should feed back into the experience you see on the site,” he said. “That unlocks an interesting world for us when it comes to personalization, where we can deliver a very different experience for each customer who visits the site in a scalable way.”