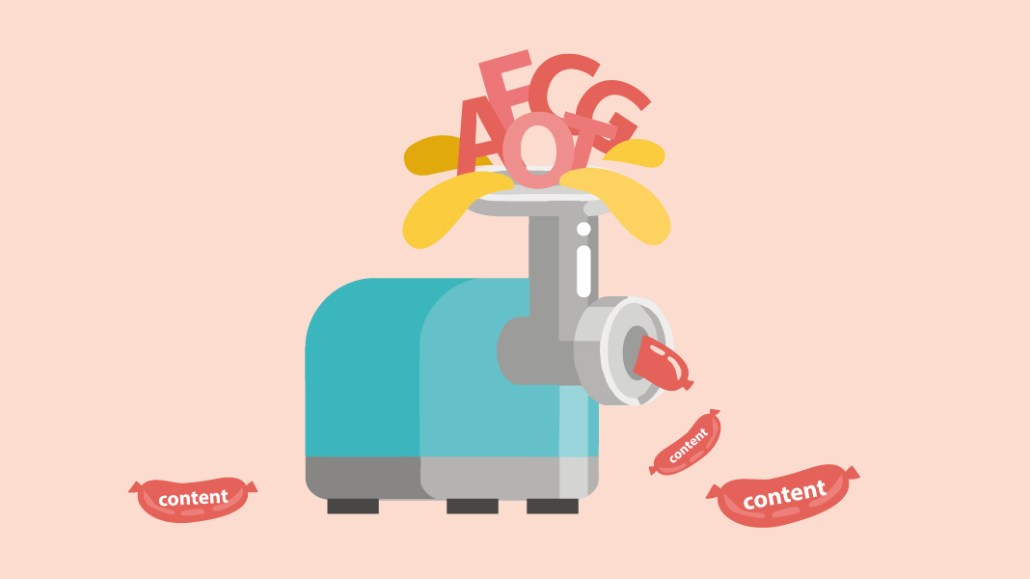 When it comes to formats for branded or sponsored content, written articles are falling out of favor with marketers fast. Increasingly they’re using other formats such as video, interactive sites, and infographics instead.

Just one year ago, over half of marketers said the majority of their content marketing was produced in the form of a written article. Fast-forward to 2018 and the number of marketers who say they still rely on text has more than halved to 22 percent, according to a survey of marketers at the Digiday Content Marketing Summit in August.

The continued rise of video is one likely explanation for the shift away from written content. As people consume more video and publishers and platforms do more to place video in front of them, marketers are, understandably, following suit. Video has distribution advantages too, and can be repurposed relatively easily for various platforms. 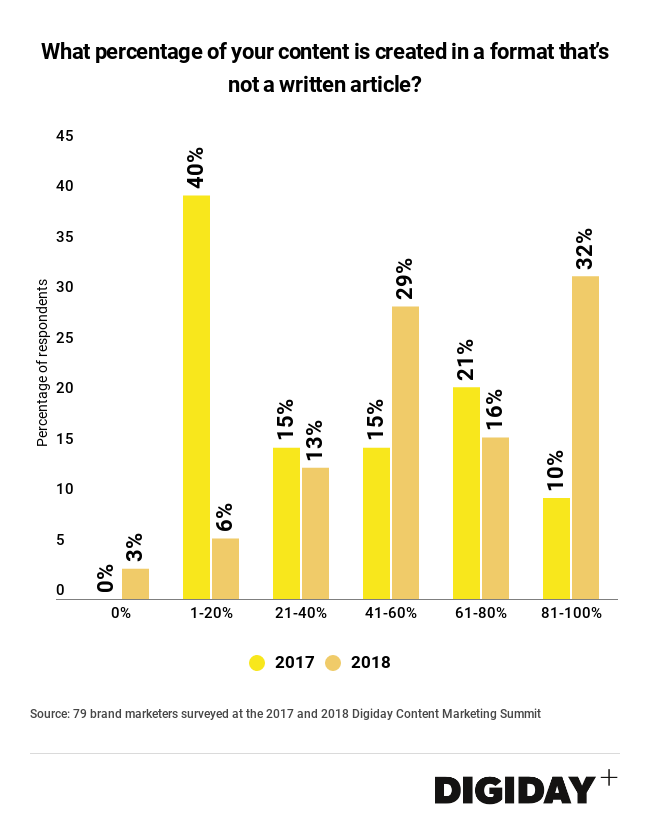 All other formats also saw an increase in use which suggest marketers are moving to a more diversified content marketing strategy, or are at least trying multiple formats until they figure out what performs best. Additionally nearly every respondent who checked the other box commented that they were using quizzes and polls as a format for content marketing.

Part of the reason for written articles’ persistence is their low cost compared to video. As one attendee to the summit told Digiday, “Video is hard because quality counts.” Producing quality video is not only expensive, so is purchasing premium video inventory for distribution.

But one potential risk with written content marketing is that it can mislead audiences. Nearly two-thirds of consumers in a study failed to notice articles that were labeled as sponsored and another study the found that if users feel tricked into reading content, unaware that it’s sponsored, those readers can often times develop negative associations with the companies and publishers behind the content. 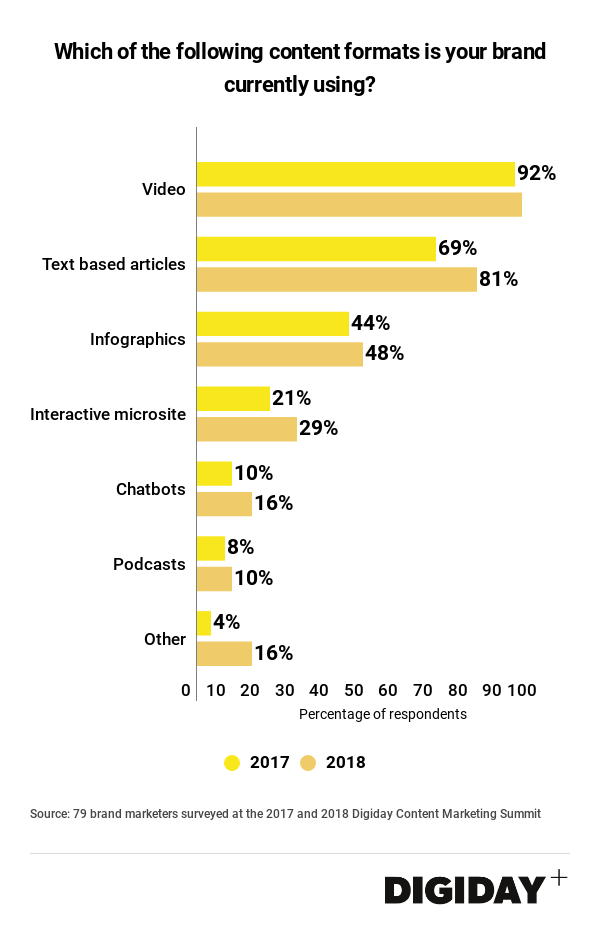