Best of the week: Snapchat enters trough of disappointment 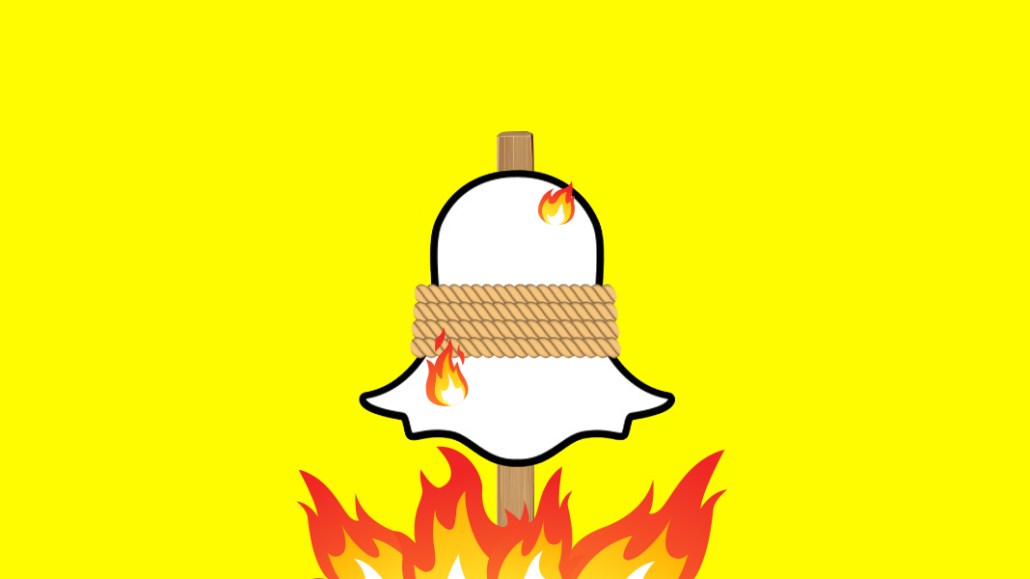 This week’s top stories examined concerns for Snapchat, media agencies’ and brands’ ventures into artificial intelligence and more. As always, a full list of these articles appears at the bottom.

Snapchat faces challenges with earnings and expansion
In the Hype Cycle, the trough of disappointment is an inevitable period. Snapchat parent company Snap reported its first quarterly earnings since its much-hyped IPO. Some key figures:

Don’t forget Europe: Snap faces an uphill climb in its European expansion — specifically in Germany, a company priority. Snap already created lenses for that market, and four media companies have launched as Discover partners, with Spiegel Online and Bild the first homegrown German media houses to join. The company will open a local office in a few months. But growth there won’t be easy, Jess Davies writes.

Reality check: “Snap is surfing a high tide in the U.S. They think the tide is the same here, but it’s not,” said Norman Wagner, managing director of MediaCom Beyond Advertising. “We don’t get any real figures to show reach here.”

The view of an Instant Articles, AMP holdout
Newly rechristened Dotdash (formerly About.com) is reliant on traffic from platforms, Google in particular. But for now, Dotdash is mostly holding out. Dotdash CEO Neil Vogel participated in our first Digiday+ members-only Slack town hall to discuss this (and many other topics.)

AI tools for media buying garner mixed reactions
The robots are coming for all of us, although it’s not yet clear if we’ll be friends or enemies. Dole Asia used an AI platform called Albert for a full digital campaign that included all the buying, optimization and placement.

How it worked: Dole first set KPIs and told Albert what channels and devices to target. Albert then determined what media to invest in at what times and in what formats. It also decided where to spend the brand’s budget and figured out the right combinations for creative and headlines in real time.