360i’s Adam Kerj: ‘There is no such thing as a creative genius’ 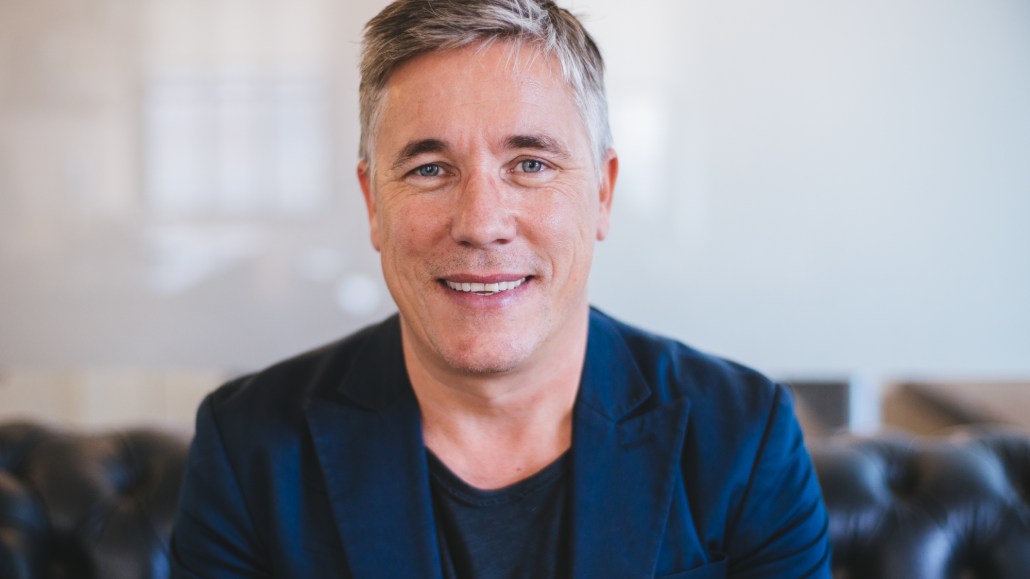 This is “View from the Top,” a new Digiday series featuring creative leaders talking about their career paths and leadership perspectives. Read previous interviews here.

Two years ago, Dentsu-owned 360i hired its first-ever chief creative officer: Adam Kerj. The Swedish creative joined many of his countrymen here in the U.S. already at high-profile gigs, part of the “Swedish invasion” of the creative class in adland, which had previously included Calle Sjoenell, Linus Karlsson and Paul Malmstrom.

We caught up with Kerj, 45, to talk Swedish business culture, strange Americanisms and how to ignore people.

How did you get your first job?
My first job was with Forsman & Bodenfors, right before I finished ad school in Sweden. One of the founders there was looking for senior experienced talent. In response, I wrote an article asking agency executives why they were always putting such a high price on experience. Why not hire young people? It worked. That was back in the day when being an old guy really meant something. It was so traditional.

What were some of your early leadership lessons?
I loved Forsman. It’s so successful because of its culture. It’s a collective; at any point, there are 20 to 35 partners in the agency. It was funny, but I found myself in a culture where there was no hierarchy. It was super flat, super collaborative. I got incredibly lucky to get exposed to not a culture and DNA like that. That stuck with me. I tried to do that everywhere I went after.

When I went to Chicago after that to work with Leo Burnett, it was a huge agency. It was a giant place with 2,500 people. Very impressive — especially for a kid coming from a small agency. Two weeks after I started, I was presenting in front of Kraft, in Glenview, Illinois. That taught me another lesson: Be super generous with young talent. You have to be willing to invite young people, give them a little bit too much responsibility.

How about your family? What was it about your childhood that made you who you are?
My dad was a businessman and had his own company. From early on he was an entrepreneur and I knew you had to be willing to embrace risk and be innovative and do it your own way. Being brought up in an entrepreneurial family where you have to be creative at the core made me this way. It’s a mindset we have. Swedes in general, we don’t really see authority. It’s not really for us. We’re not brought up with authority; it’s not the structure of our society. The way companies are run is not hierarchical. The internal velocity of decision-making is instant. There are no layers. It’s so innovative.

Things are different here.
Yeah. I learned this expression: “That’s above my pay grade.” What does it even mean? Hierarchy is OK, but it isn’t good when it holds people back because they think someone more senior than them will do the job. Look at the tech world, look at the companies that push the race forward. They are just really fast-moving companies with an internal structure that really celebrates and promotes ideas. Here, after you spend time in a company, you expect a title bump and a raise, but that’s not the case in Northern Europe. You get it when it’s deserved. Whenever that is.

It was a challenge coming here because sometimes titles people have in the creative department are based on merit, but sometimes it’s just because they’ve been there a long time.

Who were your favorite clients and colleagues?
I had a great client when we won Swed Bank when I was at Saatchi & Saatchi Stockholm. When we won the pitch, we went out together and had dinner. He told me, “Adam, just so you know, I don’t expect we’ll do breakthrough work the first year. You need to get to know the business, and you need to get to know how the organization works. Don’t rush it.” It was great. I was early in my career. I wanted to sell the work when I presented it. You want to close. You want to find out what they think about the idea straightaway. When I joined 360i, I did that. I told them, let’s take a year, a year and a half to do the work the great agencies do.

I also had a creative director, John Pallant. What he fundamentally told me is to get great work it takes a lot of ideas. You have to go through hundreds before you settle down on one. It comes down to this: There is no such thing  as a creative genius. There are no brilliant minds or super talent. That’s a myth. The best creatives are the hardest working people.

What are your go-to interview questions?
Tell me how you made money when you were in college. It shows me a lot about philosophy and approach. There is no right answer, but it’s how they see things, why they did things. It always takes a minute for them to understand. People start thinking about what the right answer is.