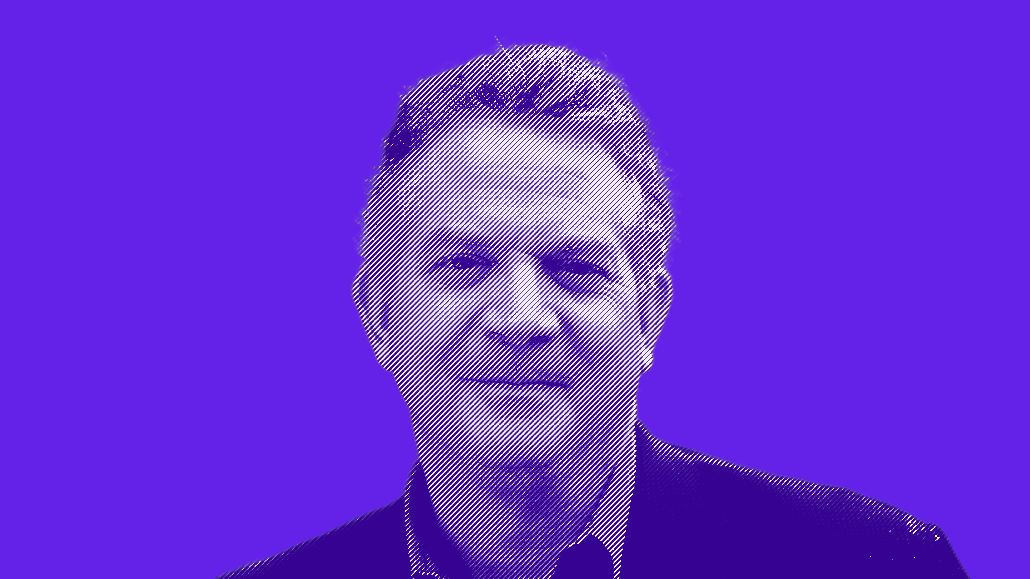 It took a pandemic to push the TV advertising industry to update its measurement system. Plus a nudge from the VAB, the trade organization that represents TV network owners.

Last April the VAB alleged that Nielsen had undercounted linear TV viewership during the pandemic. The Media Rating Council subsequently confirmed that claim, and then all hell broke loose. TV network owners, including Disney, NBCUniversal, Paramount and WarnerMedia, are adding support for alternative measurement providers, and some advertisers and their agencies are planning to set these Nielsen alternatives as “shadow currencies” in this year’s upfront negotiations.

In an interview, VAB CEO Sean Cunningham discussed the work that the trade organization is doing to create new standards for TV measurement, when those standards will be announced and whether the VAB can be an objective party considering it counts some measurement providers — but not Nielsen — as dues-paying members.

The other thing we’re doing is we are moving along with the establishment of standards around content, context, quality, duration, which is quite the undertaking and definitely a team sport. We’ve scoured the landscape of the full compendium of work that’s been done on it to date, which is extensive. We ultimately want to bring to the marketplace and to our friends at the [Association of National Advertisers], for cross-media measurement, not only the best of all the current thinking but taking it to a place that anticipates the needs of [the 2023-24 upfront cycle] and cross-media measurement and putting very visibly, very transparently in front of the whole marketplace the best compendium of what we think are the fairest standards on content, context, quality and duration.

On that first point and even going back to last year, how are you able to determine that Nielsen has been undercounting? What are the data sources you’re using here?

It’s Nielsen. I mean, we’re using their own data. In this most recent round, the 16 months’ worth of calculations, they reprocessed those 16 months’ worth of data. So there had been a data set out there that was incomplete, which had been the trading currency and which [TV ad buys] were done on. There wasn’t an entity in the marketplace that took it upon themselves to essentially calculate all of that reprocessed data very the original dataset and find where the gaps were. But to us, it was worth doing because we found there were double-digit shortfalls against really important targets [such as] adults 18 to 34 [years old]. There will 11 and 12 billion impressions missed that undercounted against Blacks and Hispanics. Marquee programs, a lot of playoff sports, the Super Bowl, things like that consistently had high single-digit and double-digit undercounting. This was not going to be something that was going to be made public to the marketplace unless the VAB Measurement Innovation Task Force stepped in and did it.

Is that something you’re looking to turn into a product or spin it off into its own objective entity? Part of what you have there is kind of the job the MRC was supposed to be doing. So maybe you spin it off and make it part of the MRC. Because what you’re bringing to light is raising questions that will face every measurement provider, not only Nielsen. So it feels like there is going to need to be some active, regular and independent auditor.

There’s definitely that need in the market. Every one of these players understands the need for real verification, real-time verification, transparency. Transparency is one of the real table stakes into the marketplace and one of the real keys to not only being taken seriously but getting into active currency tests with blue-chip marketers and major agency holding companies. We need to really look at the speed component when we’re talking about verification and standardization and auditing. The speed component’s really key and, as things are happening in the marketplace, the ability to call them out, to count them up and point to them objectively — that’s the void that we fill and still continue to fill.

I don’t even think about it to tell you the truth.

Shouldn’t you think about it?

I don’t. I really don’t. Whether Nielsen is a quote-unquote “member” or not doesn’t change a thing for me. We subscribe to their data. We’re a customer of theirs. And we have been a very athletic user and customer for many years.

In terms of membership, there’s different brackets of membership. We have what you call your premiere members, which are our governing-level members. Those are the publishers, the [pay-TV providers], cinema advertisers. And then we have a tremendous amount of membership that’s throughout the ecosystem, who are professional members. They get access to all our insights. We do a lot of collaborative work with those folks. The key for us in all this is somebody’s got to be Switzerland in looking at all this. And that may sound funny from an entity that gets its funding from the publishers and distributors in the video ad ecosystem.

And the measurement providers.

Yeah, and the measurement providers. But the key thing is, since I’ve been here, we have over a decade and a half of bulletproof, objective reputation with the buy-side. We’ve got if you will, that set of members, our sell-side members. We have a huge buy-side membership. Those memberships are free; we authenticate them; they get access to all of our insight, data and everything; but they’re members nonetheless. And we are an incredibly efficient habitual provider of an enormity of objective information on all things having to do with ad video.

The reason that we have a voice in the marketplace is 15 years of bulletproof objectivity. Of everything we’ve distributed in 300 or more reports, no one’s ever come back and said, “This fact or figure’s wrong” or “I think it’s misleading” or “It’s got a hype purpose to it.” We have a soul of insights, and we’ve grown now this second voice, which is advocacy. And the advocacy voice is really, in terms of it being a full-time job, we’re really just into year three on that.

But how do you address the question: If these measurement providers are members, how can the VAB be objective? Or how can anyone be sure that the VAB isn’t doing things that serve its members and maybe don’t serve those members’ competition?

Our objectivity comes from the fact that we never have had any knd of bias that advantages any of our major members, any of our publishers or any of our [pay-TV providers]. Everything is, if you will, what is the rolled-up look? What is for the greater good of the marketplace? What’s the what we call “unified voice”? And the same is true with respect to the rest of the ecosystem. We have to have relationships with all these executives. But because we have a relationship across the board with all the C-level executives of all these companies, they also have to trust us that we’re always going to be objective or none of this works. The key is our objectivity here. And the key is being able to bring everything down to whether it’s source-level material or it’s something I can substantiate and verify five ways to Sunday. That’s how something becomes a VAB fact.

On that point, standardization is the role that you all, especially the Measurement Innovation Task Force, are really serving here. In your involvement with OpenAP, for example, you’re charged with ensuring that there are standards created. What’s the progress there? What are the standards that are being created?

They, meaning OpenAP, had done a yeoman’s amount of work in getting a lot of the standards set up that were enough for them to get launched. We’ll be looking at substantiating everything that they’ve got up and working, which is working fine so far. But we need to make sure that all the data — whether it’s crosswalked [between different companies], whether its usage, its permission, its hierarchy, whatever it is, is being done by the first four or five providers and [OpenAP’s measurement framework] XPm to the specific specifications that they’ve all agreed to. And the other is what are improvements? What are tweaks? And those are things that all of the measurement providers will know about.

It’s more about it’s another layer and another function that has to [do] with disclosure, transparency and verification. When we do come up with the standards, those aren’t going to be buried in a website somewhere. Those are going to be put in full view of the marketplace for all the buy-sell scrutiny.

What’s the timeline for when you plan to start publishing what the standards are?