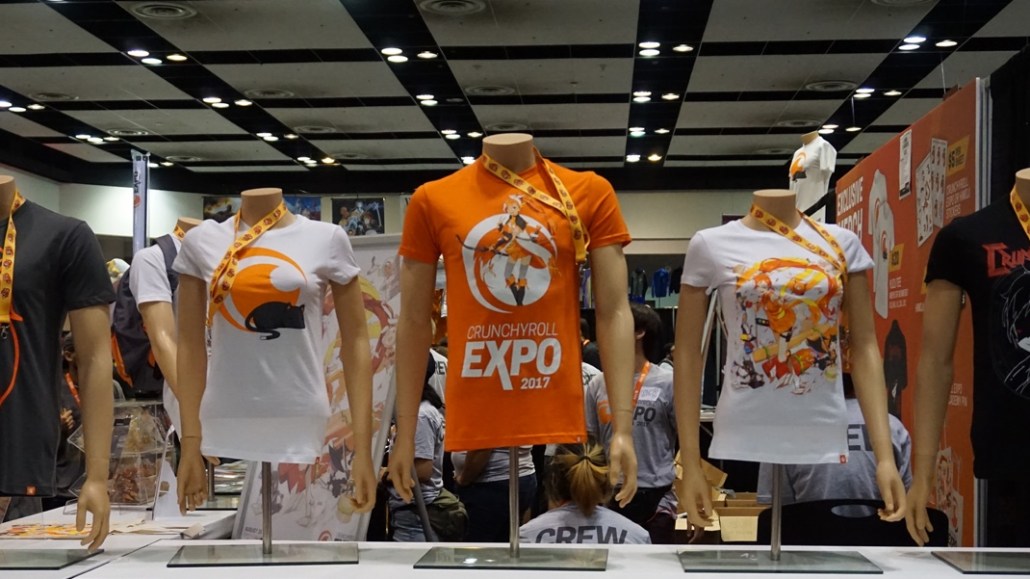 For devoted anime fans, the streaming service Crunchyroll has long been a crucial part of their lifestyle. And in the past year, the Otter Media-owned brand has aggressively expanded its commerce, events, licensing and original content operations as part of a bid to super-serve its audience.

In September, Crunchyroll held its first convention, drawing over 16,000 attendees throughout one weekend; in July, it announced was creating its first original anime series, the first of 50 it has co-produced with top Japanese studios; and in January, it launched its first Anime Movie Night, a partnership with Screenvision Media that screens anime movies in over 300 movie theaters across the United States.

Those and other initiatives are the result of a substantial investment in a division that pursues new sources of revenue, including events, commerce and retail partnerships. The head count on that side of Crunchyroll’s business now exceeds 25. Overall, Crunchyroll has 300 employees.

“It’s only natural we would expand into other things,” said Crunchyroll COO Colin Decker, who joined the company from Discovery in summer 2016. “We don’t view commerce or events as just ways to make more money. We just ask ourselves, ‘Is this something that the audience wants?’ If the answer’s yes, then we figure out how we can do it.”

For most of its recent history, subscription fees have been Crunchyroll’s chief source of income. The company said it has 1 million subscribers, each paying between $6.95 and $11.95 per month for ad-free access to a 25,000-episode library of anime shows that is expanding rapidly: Crunchyroll offered 15,000 episodes in 2016.

Not everybody watching content with Crunchyroll is a paying customer, however. “If you don’t choose to subscribe, you can choose to watch a great deal of library content, ad-supported, with like a painful amount of advertising,” Decker said.

Thanks to its early focus on streaming — many of Crunchyroll’s competitors for Japanese content still focus mostly on DVDs and home videos — it now occupies a dominant position among anime fans. “They kind of changed the industry,” said Lance Heiskell, a consultant who worked for 12 years at Crunchyroll competitor Funimation. “If you had to rank all the players on digital streaming, they are No. 1.”

This dominance frees Decker and his colleagues from worrying about losing subscribers to competitors. In fact, Crunchyroll regularly licenses the content whose international rights it controls to Netflix and Hulu on a nonexclusive basis, simply to grow interest in anime overall. “If we can reach new folks using those platforms, we’ll take it,” Decker said. “If they’re interested in going at all deeper, they’re going to come to us.”

That leaves Crunchyroll preoccupied with extracting more revenue from its audience. To do so, it keeps a close eye on the activities of its users by monitoring activity on the site’s forums and across networks like Facebook, YouTube and Twitter. It has a team of over two dozen community managers, which conducts a weekly sentiment analysis of its audience by examining chatter of its users, both on and off its platforms.

“They’ve always been really good at talking to their audience,” Heiskell added. “You go to their sites, and the first two things you see are the shows and the forums.”

Crunchyroll’s analysis of its audience extends well beyond the digital sphere. It also conducts what Decker describes as “ethnographic research,” regularly dispatching teams of interviewers to its events, where it films interviews it conducts with attendees. More than once a year, it also sends research teams to the homes of between 10 and 20 Crunchyroll subscribers, where they are interviewed about their likes and dislikes.

The findings from those interviews, which Decker termed “artifacts,” are circulated internally to maintain a clear picture of Crunchyroll’s subscriber base. “We have to be absolutely sure we know who our fans are,” Decker said.

Crunchyroll declined to answer questions about how much money these new endeavors are bringing in. But it seems like the early returns are positive: The company said it is profitable, and its commerce, licensing, events and retail partnerships will all expand in 2018, Decker said. It could move beyond that into areas like restaurants, a category Decker called “an entire green space we’re looking at, which is very interesting.”

“When your brand is effectively a lifestyle, you get a lot of permission,” he said.

Photo credit: Michael Ocampo. This photo has been modified and reused using a Creative Commons license.