What’s in a name? What’s behind the names of UK agencies’ meeting rooms 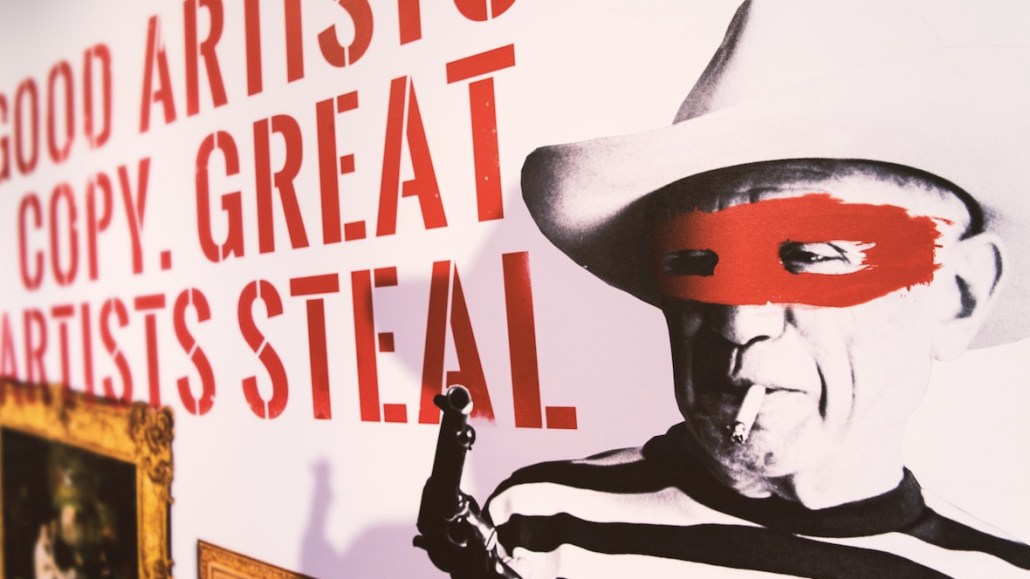 Agency offices often display their culture and creativity throughout their offices, from murals on their walls to bathroom reading material to what they call their meeting rooms. Here are the stories behind some U.K. agencies’ meeting room names.

Agency: Essence
Names: Oolong, Darjeeling, Lady Grey, Lapsang Souchong
Essence’s global offices name their meeting rooms to reflect the local food and drink scene: The Seattle office’s rooms have names like Umbria and Zoka, after local coffee roasters; Singapore’s are called local drinks Tiger Beer and Singapore Sling; San Francisco’s are named for local craft beers such as Pliny the Elder and the Denogginizer. Since the U.K. is a nation of tea drinkers, Essence London went with a tea theme. “It’s a pretty good representation of how Essentials spend time together outside of office hours in each location,” said Michael Butler, Essence’s business development manager.

Agency: Manning Gottlieb OMD
Names: Chess, blue label, locomotive, Titanic, apple, ghost
Manning Gottlieb OMD’s workforce is divided into four “tribes,” named after inventors in media: Turing, Marconi, Lumière and Caxton, and each of the meeting-room names is a reference to the inventors. For instance, the first moving images projected by the Lumière brothers were of an approaching locomotive, while Alan Turing used chess to demonstrate what a computer could do.

Agency: We Are Social
Names: Winter Conference, Meme room, Lady and Man Chat, Running, Cycling
Skype, We Are Social’s first client, is the agency’s main internal channel of communication. As an homage, the meeting rooms are named after key Skype chats. There’s a Skype group for cycling fanatics, a Skype chat for running fans and a Skype chat for food recommendations. The agency also has a room called Meme, displaying framed pictures of Grumpy Cat and Baby Fist, and a Winter Conference room named for its annual ski trip, ahem, winter conference.

Agency: GroupM
Names: King George, Queen Victoria, Kensington Palace
The agency took a survey to decide what to call the meeting rooms when it moved into new office, and the most popular option was kings and queens. There are rooms named after kings on one floor, queens on another and palaces on a third.

Agency: Mediacom
Names: Rosa (Parks), Florence (Nightingale), Albert (Einstein), Pablo (Picasso), Leonardo (Da Vinci)
Mediacom has named its meeting rooms after accomplished and inspiring people from throughout history, such as Da Vinci. “His art and inventions all adhere to his quote, ‘Simplicity is the ultimate sophistication,’ where they were founded on simple principles but were still groundbreaking,” explained art director Sam Learmonth. “In the same way at Mediacom, we know that the best work is a combination of simple truths, cutting-edge technology and creative innovation.”

Agency: Dentsu Aegis
Names: Dame Stephanie Stevie Shirley, Sophie Wilson, Admiral Grace Hopper
The Dentsu Aegis meeting rooms are named after media pioneers such as Johannes Gutenberg, who invented the printing press, and Tim Berners-Lee, the inventor of the World Wide Web. They also all used to be named after men, but they now include female pioneers in the media and tech space, like Hedy Lamarr, who invented a form of wireless communication, and Ada Lovelace, a pioneer in computer programming.

Agency: M&C Saatchi Mobile
Names: Archer, Oxford, Lexington
M&C Saatchi Mobile named its meeting rooms after street names in its Soho area of London to give the office a homey vibe. “Soho is the ultimate media and advertising area, and [it’s] a real draw for our employees,” said Libby Robinson, EMEA managing director, M&C Saatchi Mobile, adding that the names make the staff “feel like they are in the thick of the media industry.”

Agency: Rufus Leonard
Names: Zeppelin Bunker, The Armoury, The Rifle Range
The meeting-room names come from the agency’s main building, The Drill Hall, which is a former military installation. While The Shooting Gallery might be a mouthful for a room name, it’s a conversation starter for clients, said Charlotte Anderson, business development director. “The building is steeped in military history,” she said. “We wanted to honor its heritage.”

Agency: Livity
Names: Brighton, Brixton, Cape Town, Rio
Livity’s rooms are named after key locations: the agency launched in 2001 to tackle the biggest youth issues, like teenage pregnancy, gang crime and unemployment. Brixton, south London, where it launched, which was close to the worst-performing area on all positive youth outcomes at the time. The co-founders came up with the idea for the business in Brighton, and Cape Town was the company’s first office in Africa.