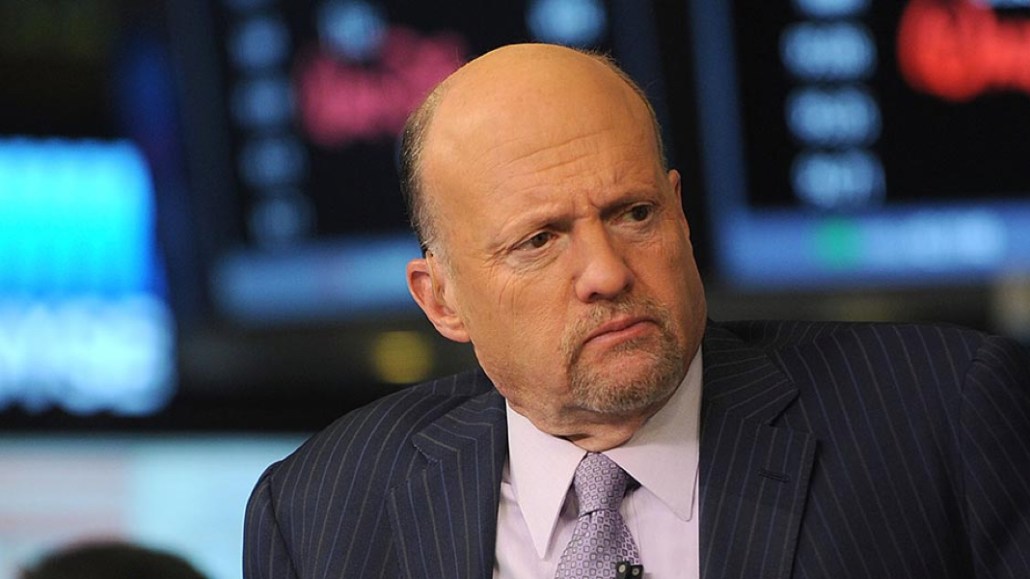 TheStreet is pivoting to consumer revenue in 2018 after forays into video and branded content failed to take off.

The Jim Cramer-founded publication laid off 10 editorial staffers last Thursday, its third round of layoffs in the past 14 months, after moves into video and branded content failed to turn around advertising revenues. Most of the layoffs fell on the ad-supported side of edit, according to sources. The cuts now leave TheStreet and its sister publication, The Deal, with less than 40 editorial staffers, according to one of those people.

Like other publishers facing a dearth of ad revenue, the finance news publisher will now try to rely more heavily on paid products like subscriptions and events, according to TheStreet CEO David Callaway. TheStreet’s hunt for consumer revenue comes at a moment when newsroom morale is at its nadir after years of layoffs and a perceived lack of clear editorial direction, according to some of the former employees. Insiders criticized what they saw as top executives going with the wishes of the company board. This story is the result of conversations with five former employees with direct knowledge of TheStreet’s editorial operations. TheStreet’s press contact did not respond to requests for comment.

“This decision came down from the board,” one former employee said. “An edict came down, and everyone is trying to figure out how to translate it.”

With the subscriptions push, TheStreet is retrenching around its core. The company’s revenue was essentially flat at $15.3 million in the third quarter, roughly half and half coming each from business-to-business and business-to-consumer revenue. Most of TheStreet’s consumer revenue comes from subscriptions to Cramer’s paid newsletter — subscription revenue accounted for $4.9 million of $7.4 million in B2C revenue in the third quarter, according to a company filing.

But while video views have grown substantially, according to former employees, boosted by the liberal use of autoplay, consumer advertising revenue grew just 2 percent during the most recent quarter, per the company filing. Similarly, Blue Chip, a content studio launched in June 2016, failed to drive meaningful gains, according to former employees.

The company will rely on new hires to bolster subscription revenues. In September, it hired personal finance columnist Robert Powell from USA Today, with Callaway stating that the company would launch a new subscription product and events around Powell.

The company has long toggled between trying to promote its reporters and personalities and trying to aggressively cover the news, according to multiple former employees.

A different set of former employees also groused about layoffs over the years at The Deal, a subscription publication targeted at institutional investors that TheStreet acquired in 2012.

“Look at what they did with [The Deal],” one former employee said. “[Former CEO] Elisabeth DeMarse says we have to provide something essential, then they lay off everybody.”