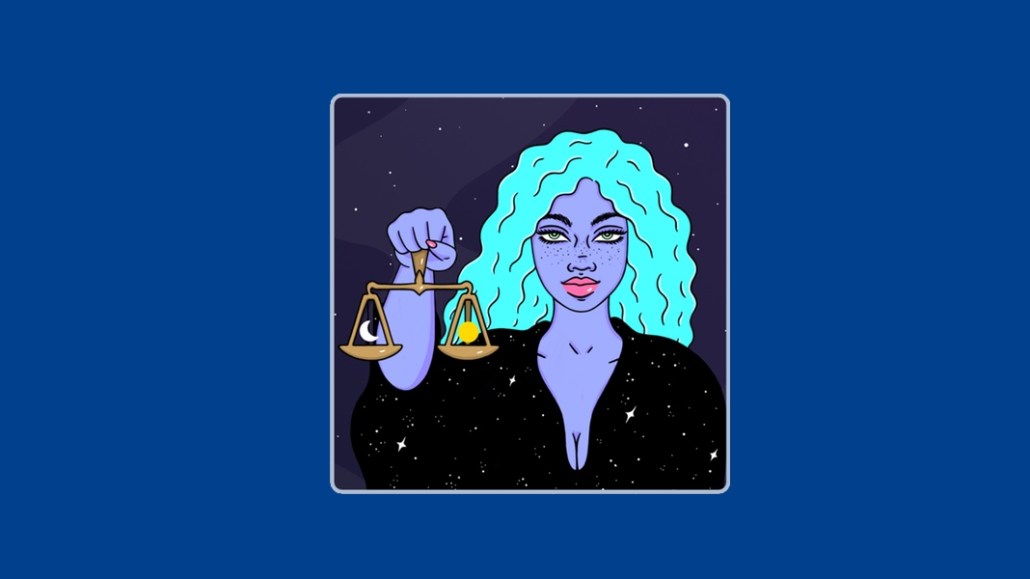 Like almost every other venture-backed digital media publisher, Vice Media is looking for ways to serve its most engaged readers. It’s found early signs of promise looking at the stars.

Since its launch on May 21, Astro Guide, a freemium astrology iPhone app, has been downloaded over 100,000 times, thanks to mentions in newsletters, promotion on Vice’s owned and operated properties as well as on social platforms, and word of mouth. A new marketing effort, which launched Aug. 8, will be concentrated on Facebook and Instagram, using insights gathered about what kinds of people have already downloaded the app.

Over 40% of Astro Guide’s users are Gen-Z, and over half the people who sign up for the app’s weeklong free trial end up becoming subscribers, paying $5.99 per month, said Michael Ouimette, senior director of emerging experiences at Vice Media.

While Ouimette declined to say how many subscribers Astro Guide has, third-party estimates suggest they already number in the thousands: Astro Guide has made close to $30,000 in revenue through in-app purchases since launch, according to Apptopia estimates.

Astro Guide’s strong start hasn’t convinced Vice to launch a fleet of subscription mobile apps. But it’s validated the publisher’s belief that it needs to focus more on finding ways to serve its most passionate readers and viewers. “We’ve been thinking broadly about loyal, engaged audiences,” said Cory Haik, Vice Media’s chief digital officer. “This was such an obvious one.”

Astrology has surged into the cultural mainstream among Gen-Z, and people appear more willing to spend money on it. While astrology apps generate a relatively small portion of total App Store revenue overall, there’s been significant revenue growth in recent months. In-app spending in the top-10 apps was up 187% year over year in July, according to Sensor Tower co-founder Oliver Yeh, generating an estimated $4.3 million on the U.S. App Store compared to $1.5 million one year ago.

Vice has offered a daily horoscope since 2015, and since then, it has turned into one of the publisher’s most important types of content. The horoscopes attract an audience in the “millions,” on Vice’s sites, Ouimette said, without offering more specifics, and Astro Guide’s audience appears to have taken to it; a large sub-set of Astro Guide’s users open it seven days per week, Haik said.

Though that kind of engagement is in a class by itself, Haik said it’s identified several other content areas that she thinks deserve closer looks, including the daily videos produced by its food vertical, Munchies, and the differentiated tech news coverage from Motherboard, which has seen site traffic from newsletters increase 180%, Haik said.

Astro Guide, which is operated by Ouimette and Vice’s astrology editorial team, with regular assistance from colleagues in product and marketing, fits into a growing list of paid consumer products publishers have developed using content created by their editorial teams. For example, Hearst launched All/Out Studio, a subscription video service built partly out of content from Hearst-owned brands such as Men’s Health and Prevention, earlier this summer.

While some publishers have entire teams dedicated to building new consumer products, Vice is moving in this direction more slowly. Haik said that she and her team have a mandate to create a “systematic structure for experimentation,” which is meant to help push Vice forward.