The UK’s New Statesman is putting up a paywall 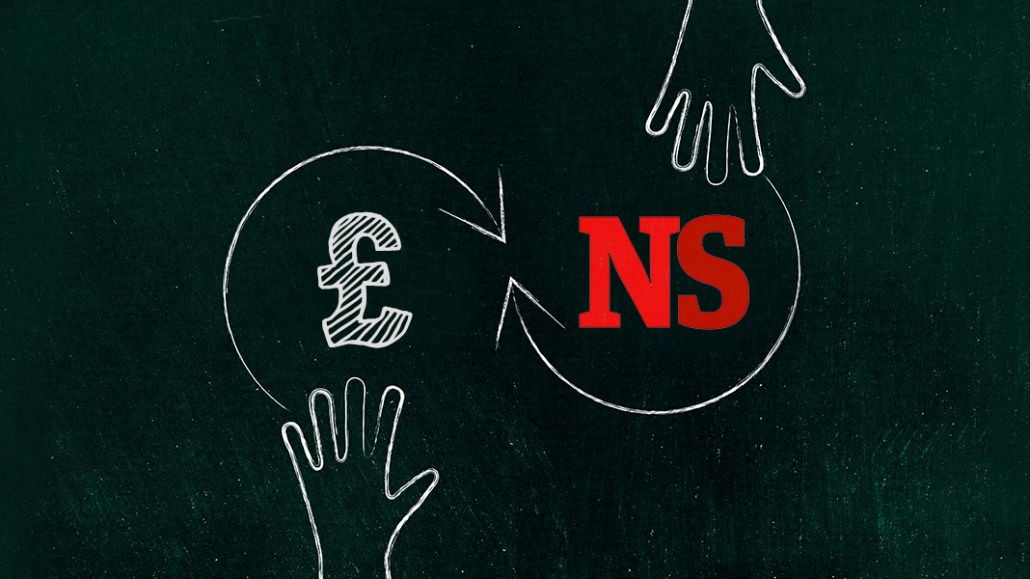 Faced with a challenging digital ad market, weekly politics and culture magazine New Statesman is looking to reader revenue for growth and putting up a metered paywall.

Later this month, readers will be required to register with an email address after hitting a limit of three articles a week. After five articles a week, they’ll be asked to subscribe for an annual fee of £144 ($198). Subscribers will also get access to the digital version of the print magazine, what it’s calling NS Instant, two days before it hits the newsstand. The publisher is also introducing new products for subscribers: a new weekly podcast called “Prime Ministerial,” a historical look at the U.K.’s prime ministers; earlier access to its four other podcasts; a weekly email newsletter; and access to themed monthly events.

“We want our journalism to be read as widely as possible,” said Helen Lewis, deputy editor at the New Statesman. “You cannot fund our level of quality journalism through a display ad model.” Although the publisher said it has reported digital ad revenue growth of 30 percent year-over-year.

The publisher conducted an ad-blocking experiment in May 2016 asking readers for donations in exchange for an ad-light experience. After a few weeks, the number of donations was in the thousands, said the publisher, proving people were willing to pay to see fewer ads.

Once the New Statesman has built up its first-party data pool from registered users, it can charge advertisers a higher premium to target them. An in-house data team of three people will help crunch the numbers around what content converts people to registered users and then subscribers. It has two people dedicated to working on subscriptions, plus 14 editorial staffers, and plans to hire additional roles in production and editorial.

“We’ll use a data-led approach combined with editorial intuition [to inform the content strategy],” said Jasper Jackson, digital editor at the New Statesman. The New Statesman publishes around 10 online-only articles a day, plus articles that have previously appeared in print. Political analysis is its wheelhouse, but culture or lifestyle pieces can help expand the audience and introduce people to the New Statesman, while other content such as a lengthy profile of British politician Jacob Rees-Mogg, for instance, can work to convert people to subscribers. The publisher was unwilling to share specific digital subscriber goals.

The New Statesman is a small title, with 15,000 print subscribers in 2017 and 2,000 paying digital subscribers, according to the latest Audit Bureau of Circulation figures. “We’re building a personal relationship with the customer,” Lewis said. “We’re a small magazine, so we know that our readers are sacred.” According to the publisher, its most engaged readers visit the site five times a week and spend around five minutes on the site each time.

Although this will be the first step of the New Statesman’s subscriptions journey, it’s worth noting larger titles like the Financial Times are continuously tinkering with how to convert audiences to subscribers, said Douglas McCabe, CEO at Enders Analysis. “The focus has to be on the relationship between the editorial strategy and the membership strategy,” he said. “It’s not a single switch; it’s a funnel with many switches.”

A metered model allows the publisher to have the reach to convert audiences without giving away too much of its content. Audiences can be fully immersed and build habits through free-trial models. “With metered models, you’re building a perverse emotional, attitudinal relationship with a potential member where they might not read one article in case there’s something more interesting another day,” said McCabe. “It builds friction at the heart of the system.”

Publishers have flocked to reader-revenue strategies. But rather than being a quick fix to stem digital advertising losses, they require long-term vision even if the exact tactics are not fully fleshed out, investment in time, people — publishers need more employees with marketing and customer-centric skills — and technology. Turnover in the first year is the highest.

According to the Reuters Digital New Report, just 6 percent of the U.K. have paid for content. “The shift toward reader payment is real, but it’s not as real as people think,” said Nic Newman, editor of the Reuters Institute Digital News Report. “It’s a slow grind, and it’s not the complete answer.”